A well-known fast food franchise recently ran an advertising campaign with a slogan that read – ‘Like getting your money's worth?’ Well, the Kawasaki KE100 rather neatly fits into the same slot! 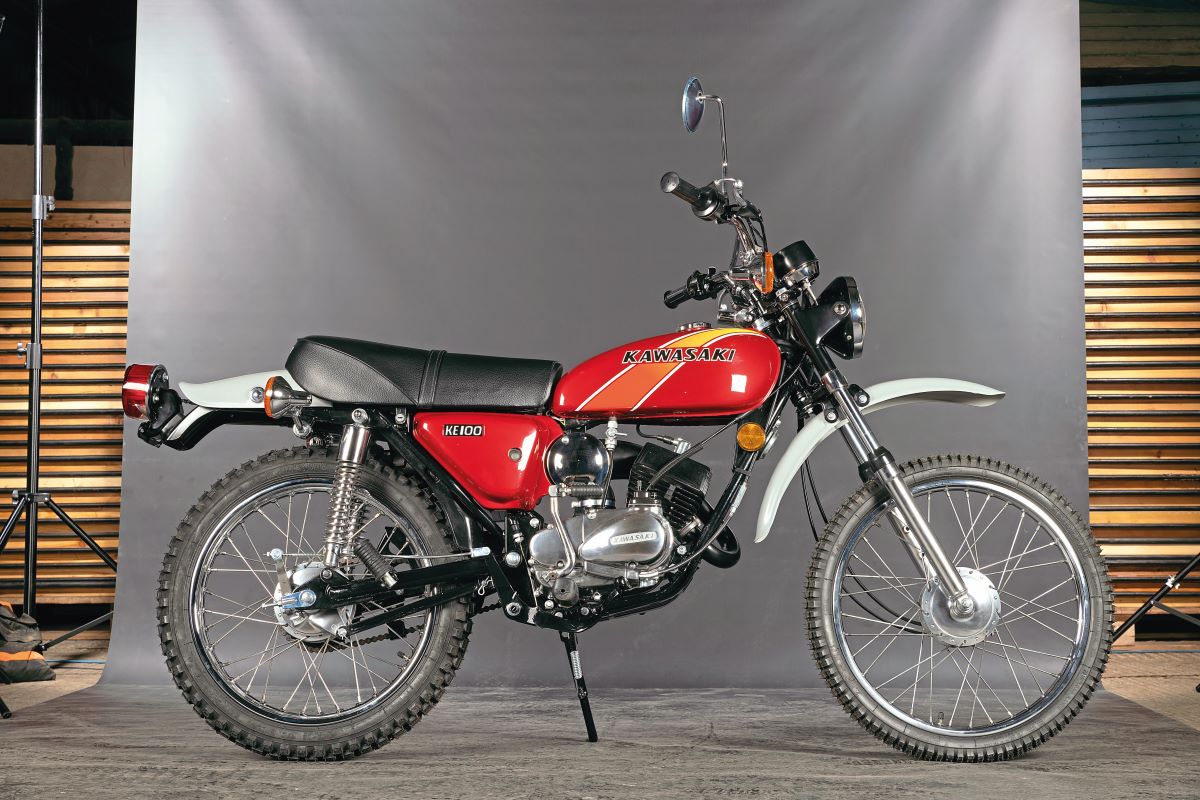 Transmission best run on ‘light gear oil’ that’s wet clutch friendly. Check the box for notchiness at the lever or a tendency to drop out of gear under load.

Many OEM guards were often swapped out for plastic aftermarket examples. Finding the correct ones will be difficult.

Often removed or wrecked and incredibly hard to source now.

Kawasaki’s oh-so-sweet KE100 might have looked like an all-new model when it first appeared back in mid-1970s, but it was really a rehash of a basic blueprint that had been around for a decade or more before. The firm’s M series 50s, J series 85s and later 90cc G models all ran the same, basic layout – an iron barrel atop vertically split alloy cases cleverly aspirated via a rotary disc-valve mounted on the right-hand end of the crank. Early models also had something decorously referred to as a ‘four-speed rotary shift’. This bizarre device was something apparently popular, and expected, within the Japanese Domestic Market. Its presence was to allow the transmission to be kicked through top and back into neutral which sat beneath first gear. However, what often tended to happen was that the unwitting rider would somehow manage to miss the neutral slot completely and then hook up first gear. Generally, riders only tended to do this once or twice when on the move before opting to wait until the bike was stationary!

With a gentle stretch from 90 to 100ccs, cessation of the rotary box and adoption of the more conventional shift pattern Kawasaki rationalised its smaller disc-valve singles. The motor would go on to be used in not only the KE100 faux-enduro models, but also in the surprisingly similarly styled G5 and KM series trail bikes, G7, KH100 and G3 commuters, along with a raft of KD (Kawasaki Dirt) mini-moto-crossers. To varying degrees, most of the 100cc stroker singles utilised various parts from other models, giving Kawasaki an incredible economy of scale like little else. And then when you realise that the KE100 was still being sold as late as 2001 in some markets you can really appreciate why the bike truly represented VFM (Value For Money). And, if truth be told, Kawasaki would probably have carried on selling these little gems but for emissions issues! 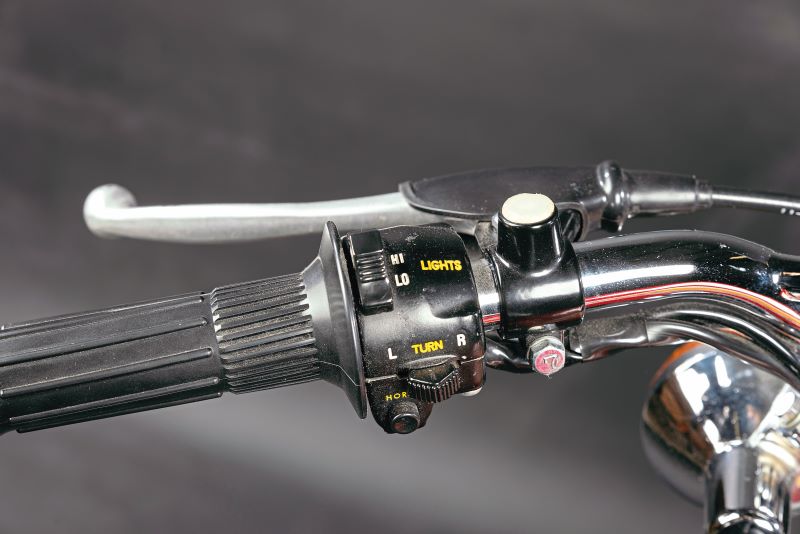 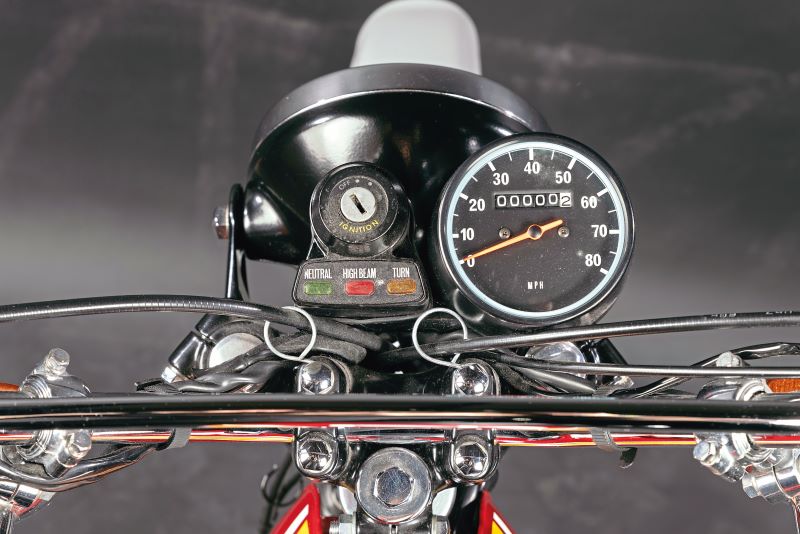 Okay, so the KE100 was never really anything other than a ‘make-believe’ enduro having acquired the Kawasaki Enduro moniker when the popular G5, the KE’s precursor, was rebranded, circa 1975. This marketing exercise had seen supposed rationalisation being applied to each and every Kawasaki two-wheeler whereby all S and H triples became KHs – aka Kawasaki Highway. The truth remained that the G5/KE100 was really only a mildly revised road bike with some off-road pretensions and, quite possibly, very few actual aspirations. That said, the dinky little disc-valve single was easily as good as its peers and probably better than some of them out there. It was readily the equal of Yamaha’s DT100 or Suzuki’s TS100 and, arguably, more potent than Honda’s various CL/SL100 models. The only off-road Japanese machines that had capability and potential to show the KE how it was really done would have been the various Hodaka offerings – and these had had their chassis and running gear purposely designed in the States for the US market! The truth was that the KE100, just like all of its competitors, was a stepping stone between those genuine kids’ bikes and a ‘proper’ motorcycle. 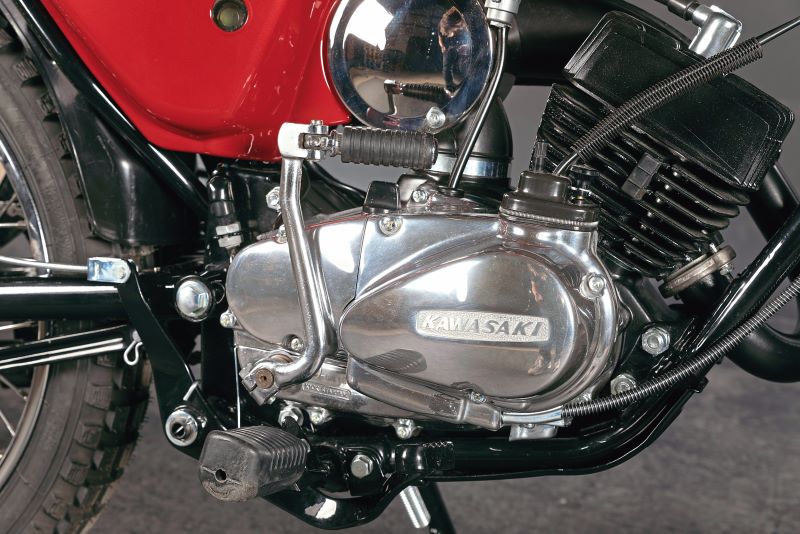 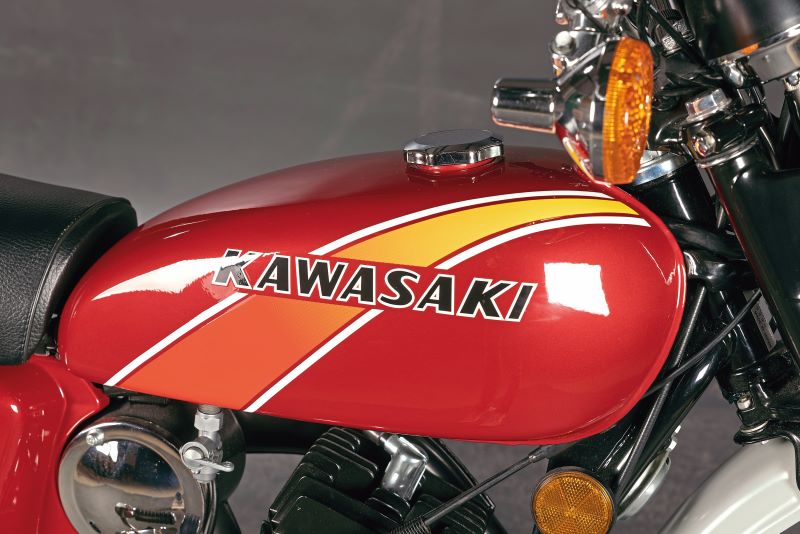 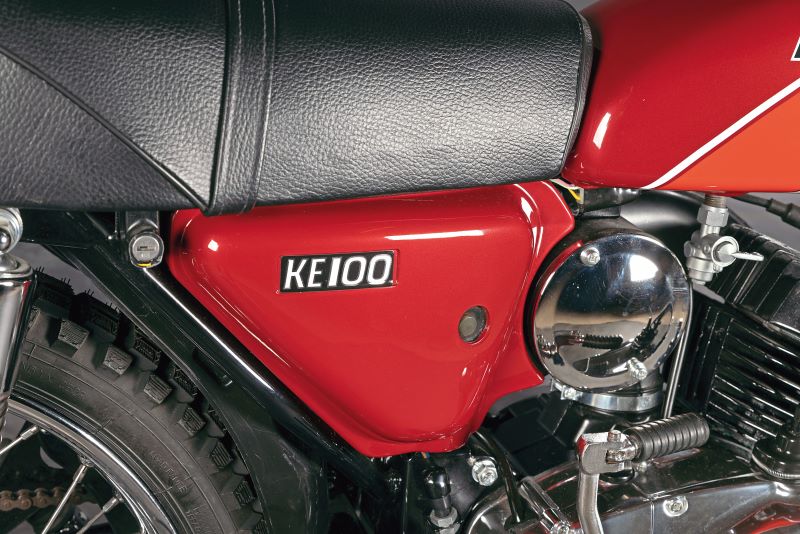 Despite all this and more, the KE100 was a reasonable selling small trail bike that appealed to both learners and those not seeking to be anywhere in a hurry. Equipped with some half-decent trail tyres, the KE would happily whittle away a day out on the rough and acquit itself rather well as long as its rider didn’t ask too much of it in terms of lifting a front wheel or blasting through marshland.

On the plus side if you did happen to bury the little trail iron up to its sump in a bog it was light enough to be easily extracted.

Perhaps Kawasaki summed it up best with a couple of their period adverts. One American promo argued that for just a few bucks more than a moped you could have a real motorcycle. Another asked: “Why walk?” arguing that once you’d seen a KE100 you were genuinely likely to be riding it back home.

Substantial enough to feel like a ‘real’ motorcycle yet light enough to take off-road occasionally, the Kawasaki tiddler trail iron might just be the ideal off-roader for those that just want to have fun.

What to buy and how much to pay 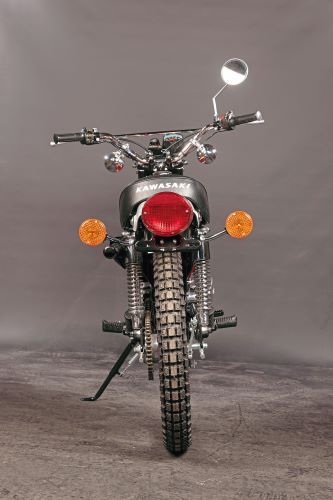 At the risk of repeating ourselves here: please do not buy a trail bike in boxes, it will be incomplete; it will cost you more to sort; and, potentially, you may not ever get it running. The only justified reason for ignoring this advice is if the bike in question offers the parts that yours is missing.

Examples of field/farm KE100s start at around a grand with good ones only just touching £2500. Much beyond that and you’d need to be looking at something genuinely exceptional.

Where would we spend our dosh? Quite possibly on one of the earliest models, circa 1976/7; these little fellas have delightful ‘old-school’ style to them and feature that iconic duck tail rear-end. 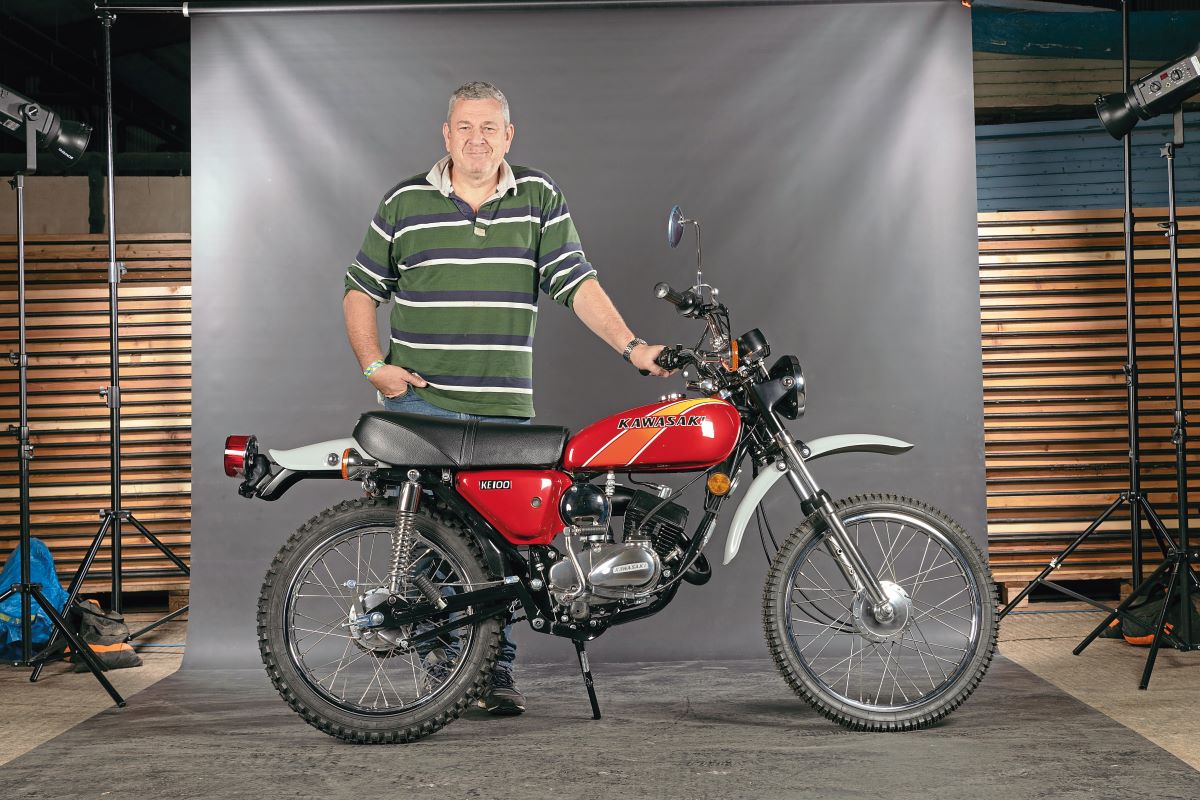 My love affair with the Kawasaki KE range continues – now with this little KE100-A6. This 1977 bike was imported from the USA and was originally in Parrot Green, but I changed it to Poppy Red during the restoration. The KE100 was a direct successor to the G5 which had a four-year production run and was a successful small cc dual on- and off-road bike. Most of these little gems were stripped of lights and hacked around fields, and most met an unloved end, but this one was still road legal in Missouri until it was parked up in dry storage some time in the early 1980s, and was in a good condition for a 45-year-old bike when it came into the workshop.

It has original miles of 1548 on the clock and the motor runs sweet. The bike was purchased from DW Stoke when I bought my KT250; I just liked the look of the little chap. The bike was on the VJMC stand at Stafford unrestored in October 2019 with the plan to show the restored bike in April 2020 but we all know what happened then and best-laid plans went out of the window. It eventually made it back to Stafford in October 2021.

Being a lightweight single two-stroke with low mileage, working on the bike was straightforward with parts still available in the UK and further afield. For a small bike it’s nippy and nimble, and pulls though the five gears, mostly at full throttle with the signature blue haze closely following. On paper it will do 62mph, which takes a while to get there. I’m still on the lookout for a KE125, then that’s the complete range all under one roof... keep watching this space! 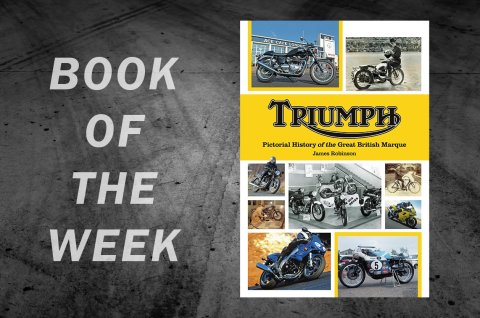 Book of the Week: Triumph: Pictorial History of the Great British Marque
In our latest book of the week, James Robinson takes a deep dive into the history of Triumph.
Features - 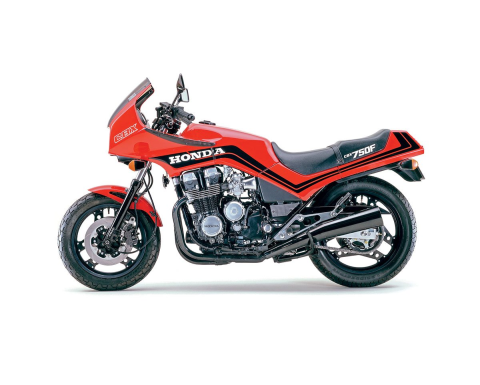 Honda CBX750
Despite having only a four-year lifespan, the monoshock, double overhead cam Honda CBX750 was an important bike in Soichiro’s line-up during the 1980s, if only to take some pressure off several of Honda’s previous products...
Features - Arianne Davey 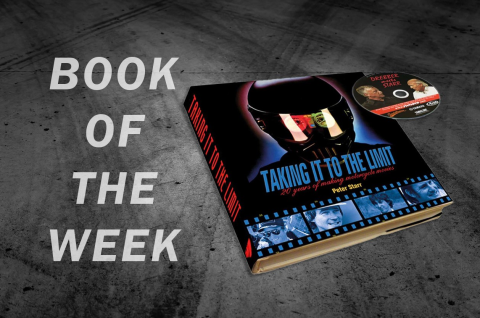 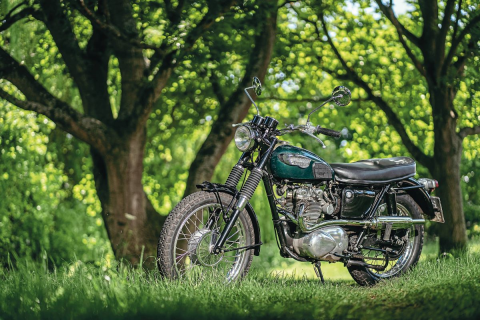