Blast from the Past - AMC Anorak 16 - Dream Machine

Do you harbour a hankering for a particular model? Do you lie awake at night wondering whether your dream machine is waiting for you? Frank Westworth savours simple delusions… 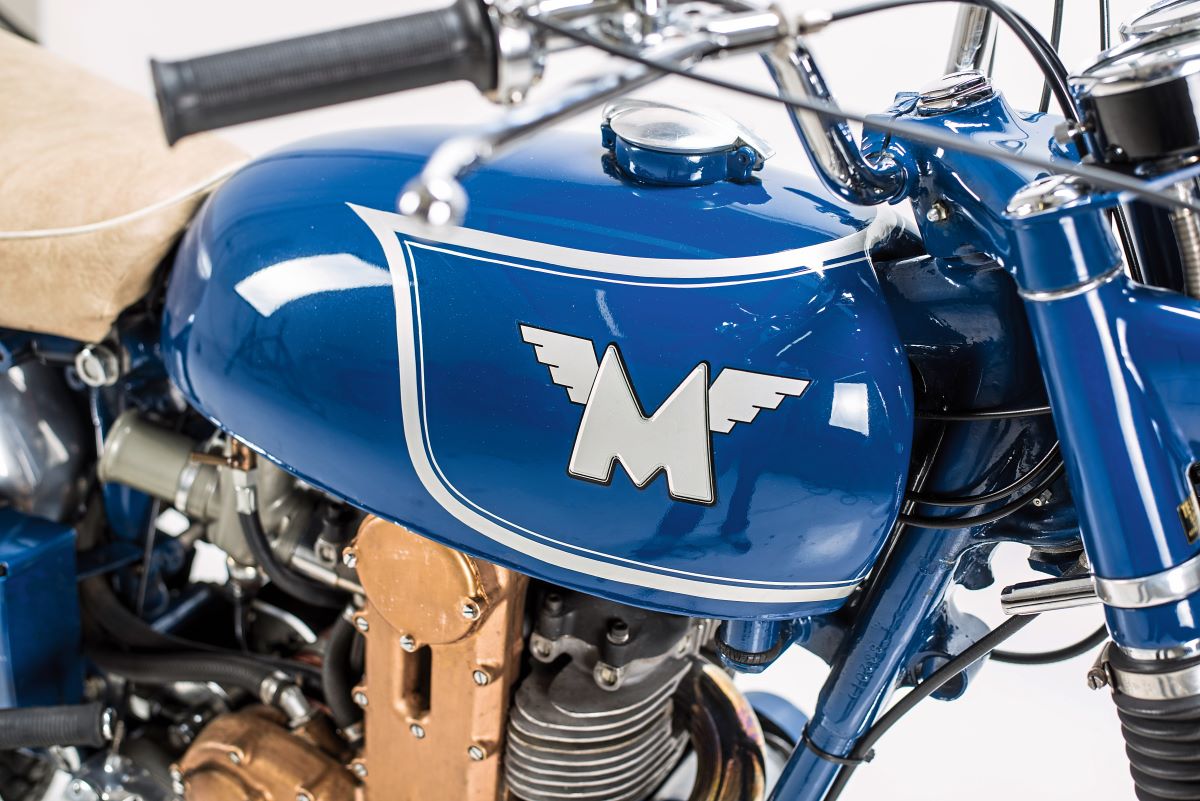 When I was a callow youth, stubbly and cider-sodden, I rode around the West Country aboard a very fine 1948 AJS 18. No apologies for repeating this, in case you’ve already read me rambling on about it. That bike introduced me to both the glorious classic backwater of the AMC marques, and to motorcycling proper. The 1961 Matchless G12 which followed it cemented my fondness for both Ajays and Mattresses, a strange affliction which has endured until this day.

And through many of my merrily mis-spent years I have ridden far and indeed wide upon AJS and Matchless singles and twins. And on lots of other bikes from other marques too, of course, but I have never been without an AMC mechanical mile-muncher for more than about a year from 1971 until the present day. That makes me only slightly obsessive, allegedly.

All of those noble roadsters were exactly that: roadsters. Very few of them were the vaguely sporting CSR twins, although I have shared miles with a few of those, and none of them was a sporting single. Not one. I don’t think I’ve ever owned a CS single of my own. Strange, and possibly sad, but true.

This was not because I didn’t hanker after the vast alloy top end and tiny red tank of a Matchless G80CS, because hanker I did. Many folk have over the years recognised me as a hankerer, and not without good reason. Hanker I did, and although I still do, I do it less nowadays; so maybe hankering is a youth thing?

I even tried to acquire several of my dream bikes, but every single one of the competition singles I went to look at, clutching my pathetic wad of fivers in a feverish grip, turned out to be tarted up roadsters. I already had a roadster, and although pride of ownership is a wonderful thing, I did not hanker after another roadster. Even a roadster with alloy mudguards and sometimes an alloy petrol tank, too. Nope; I hankered after the real thing, and like future generations who would have trouble believing that a Kawasaki W650 is really a Triumph Bonneville in disguise, I did not want a fake. Even though some of the fakes were beautifully executed. If you are going to dream after a bike, then a shiny fake replica just will not do. No. It will not.

When John Allen, one-time Historian of the AJS & Matchless OC, revealed the existence of the Matchless G9B (and the even less commonplace AJS Model 20B) I knew I would have to have one. My life would be incomplete until I could gaze upon that particular rare bird and claim it as my own. I have still never even seen one…

Then the G50CSR was revealed to me, and once again I was entirely smitten by the lust bug. In those healthy pre-internet days I scoured the world’s publications, searching for signs of the big blue Matchless in its rarest form. Too elusive for me, by far, and although I corresponded with a gentleman in Chicago who claimed to have one, evidence was never forthcoming.

Shifting marques only slightly to Plumstead’s Norton production line, another quiet American sent me photos of the Norton P12. This looked very like the Norton (and indeed Matchless) P11, but appeared to be built around a Norton Commando type frame, complete with bendy isolastic mountings. Another AMC club member of the time sent me more photos, which I still have, taken at a rally near Niagara Falls, but then no more did I hear.

By this stage I was becoming resigned to the fact that I would never become one of those cheerfully ecstatic types who have an AJS Porcupine from every year of production, including the rare one which had not been ridden to world title success in 1949. Typically, these fellows also own every model of G45, every G15/45, and have sheds stuffed to the rafters with Matchless Papooses and other exotica. I decided that they plainly all have more money than sense, and were probably unpopular with girls and boring too. Blow them all; I’d stick with my 1953 AJS Model 20 and become interesting in other ways. Well … I’ve still got that AJS.

Then an event changed my life. I discovered the 750 AMC hybrids. These superb devices had never once crossed my path while I was an impecunious youth and were therefore unsullied by memories of failed attempts to acquire one of my own. I rode a couple. Yes; they really did exist, they were really rare (in the UK in 1985, at least), and yes – they went like the very clappers! I rode all sorts of them; ranging from Nick Daniels’ immaculate G15CSR to Anthony Curzon’s Ranger 750. I even rode an AJS Model 33 Mk2. I had to have one. They were so rare! So fine!

They were also mainly in America. Which I was not.

But they were also affordable, particularly if they didn’t work. I wrote an article for Classic Bike magazine about them, how wonderful they were and how I needed to have several of them as my very own. As a result of this a man got in touch. From America. He had several hybrids, several of which were for sale. Affordably, too. I bought one and shipped it back to the UK. This was 1988 or so, when US prices for these things were measured in the hundreds of dollars. The bike arrived, and was wonderful. Lousy personal circumstances in the unlovely form of the Inland Revenue intruded and I was forced to sell it.

I imported another. Exactly the same thing happened. Neither of my hybrids had turned a wheel while in my possession. The chaps who’d generously relieved my financial stresses by buying the bikes from me sent me copious photos and lengthy letters, eulogising their excellence and suggesting that I should try one for myself. I could rarely sleep, and suffered weight gain and hair loss worrying about where my dream machine was coming from.

But then…   But then, I bought a Matchless G15CS from a man in Lancashire. It had been repatriated from Idaho or Kentucky, possibly Oregon. I didn’t care. It ran already and was in beautiful condition. It lives in The Shed to this day, and I spent part of this afternoon fettling it, ready for the return of the sunshine. Because it is great (have I already said that?).

And because it has proved to me that having dreams of dream bikes is perfectly OK, no matter that we’re all supposedly grown up and mature and dull things like that. My dream (Matchless) machine is looking good, slightly shiny and reassuringly leaky, and when my dream sunny day arrives, we’ll be out there on the coast road, living the dream together.

Now then, about that Matchless Tomahawk… 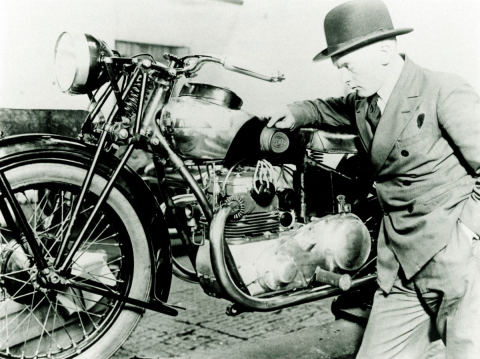 Blast from the Past - AMC Anorak 18 - Underdog
How do some folk get to be famous? Why do people rate Triumph and Norton engines so highly? Frank Westworth champions the AJS & Matchless underdog…
Features - Alex Bestwick 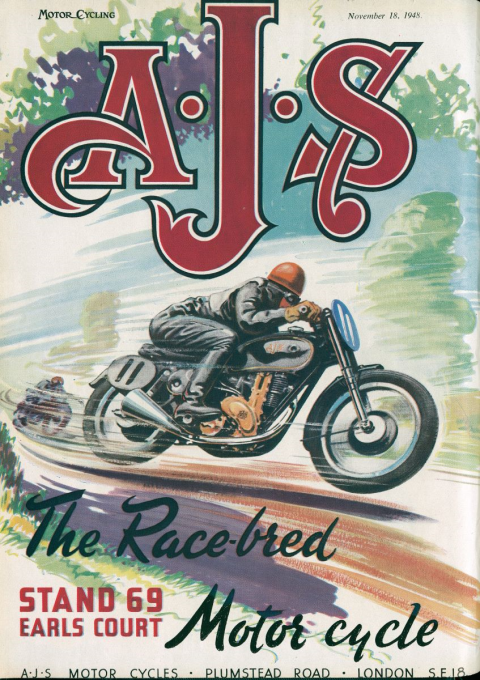 Blast from the Past - AMC Anorak 17 - First Love
Where did it all start? No no, not the AJS and Matchless marques; Frank Westworth’s fascination with AMC motorcycles, that’s what
Features - Alex Bestwick 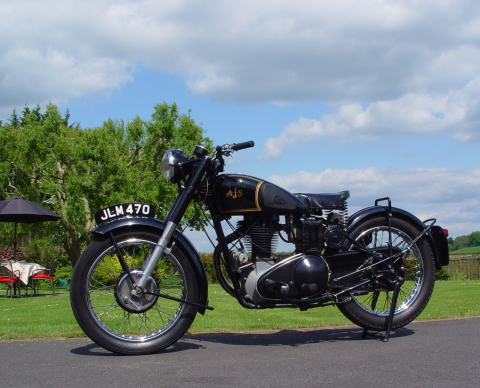 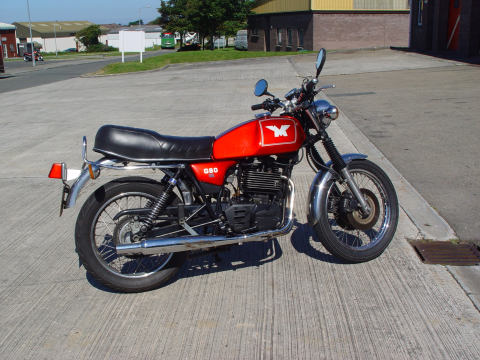 Blast from the Past - Amc Anorak 14 - Stop and Go
An Electric-start Matchless? Frank Westworth waxes nostalgic for a bike he’s never owned (although he did get close)…
Features - Alex Bestwick
Download the Classic Bike Hub app