Blast from the Past: Teenage Kicks - AMC Anorak 10

Things change. Sometimes for the better; sometimes not. Frank Westworth is a keen observer of how this change affects the AJS and Matchless machines of his acquaintance…

Back there in the misty golden years of our youth everything was wonderful. No no, I’m not being (very) silly; we were all a lot younger and most folk felt better, healthier, so forth, when their old bods are … well … less old. Although I have lots of chums who tell me that they’ve never had it so good, I think I would trade a little of the accumulated wisdom, relative affluence, so forth, for a little more vigour and vitality! When I was a lad, not only were those sunny days endless, but the bikes were faultless too. Which is why we kept modding them, of course…

Many past events seem a trifle strange when viewed with all those famous benefits of hindsight. I spent an age back in 19SeventySomething trying to fit Girling back shocks to a jampot Matchless. Why? Because it seemed like a great idea at the time. The old Mattress handles like … well … a fat mattress on a windy day. It had all the steering precision of a rocket powered Bantam crossing icy cobbles in a hurricane, and I just knew this was down to those silly tubby jampots.

After much Saturday afternoon teenage amusement, I managed to fit a single Girling shock, and then had to ride it to meet up with some chums. It steered a lot worse than before, but at least I knew how to fit the other Girling, which I did.

And it didn’t steer any better. I was despairing. A profound cuddle from my best gurl might have helped, but sadly I just do not remember; memory is maddening that way.

That old G9 went off to another equally impecunious, but more engineeringly capable, youth, and soon developed a competition tank, alloy guards and (wonder of wonders) an alloy primary chaincase. Shortly afterwards, it hit a tree or something similarly solid, and a later set of front forks and wheels repaired the resulting mess.

The lad who acquired the G9 from my chum went into trail – or possibly trial – riding in a big way (note the word ‘acquired’, which correctly suggests that money probably never changed hands. When none of us had any money, money was never a problem. Many things change as we get older). He fitted knobbly tyres to go with the alloy guards and the comp tank, and the pillion rest extensions on the lower frame rails vanished overnight.

At a stroke, the bike was transformed from a pedestrian cooking twin of no provenance or indeed ability into a pukka off-roader. Amazing. I heard a story (ahem) that before the last lad sold it, he stamped the letter ‘C’ after the engine number, so that it read 52/G9C. Apparently this boosted its performance to G12CSR levels and when our hero did in fact sell the bike, the new owner was to be seen surreptitiously glancing at the engine number and smiling a secret little smile, confident that he’d ripped off some unknowing Somerset yokel who couldn’t tell a rare factory ISDT comp twin from some grey porridge roadster.

Oh yes, while I remember. That horrible steering, the reason I was trying to fit better suspension? Its cause was completely simple. None of the frame studs was tight. Not one. They had been so slack for so long that the studs had worn the holes in the engine plates oval, allowing the engine to leap about and the frame to flap as though ’twere hinged. Simple. Wish I’d thought of that.

Moving rapidly forward (unlike that G9, which could do nothing rapidly apart from leak), we arrive in the new century. Things are very different. The most scrapular old bikes are treated as objects of reverence and wonder. Whereas when we were young we enjoyed boundless enthusiasm and a set of ex-WD spanners, nowadays we enjoy boundless enthusiasm, Snap-On toolchests on wheels and a lot more cash. Nowadays we can actually afford to fix things when they go wrong, and if we can’t afford to fix them, then we usually have enough real knowledge to fix them by ways and means involving skill, rather than those which simply involve a mighty bit of wallet-flexing. Well, I’d like to think so!

Peculiarly, lots of us, including me, have developed an obsession with returning bikes back to stock. I’m sure that there are lot more original and accurate G3s running about in 2005 than there were in 1975.

Lots of my chums have ‘restored’ lots of bikes which had previously been ‘improved’ by lost generations of skint but enthusiastic youth. All those pre-56 Ajays and Matchboxes we retro-fitted with AMC boxes and alloy primary chaincases have had their Burmans and leaky tinware restored to them. All those pre-59 AMC twins have lost the alternator 650 engines we so carefully squeezed into them. That brilliant rigid G12CSR is once more a panting iron-head G3.

I occasionally wonder what happened to that old 52/G9 of mine. And when I wonder, so I chuckle. I have a handsome pair of visions. The first suggests that the last owner I heard of, the one who had so smugly outsmarted my yokel friend (and who never said; ‘Hey; this engine number might mean it’s a bit special. You sure you only want £100 for it?’), rode about on it until its bodged mag fell to bits or its bodged carb set fire to his legs. He possibly then dumped it into a damp shed where it remained until discovery by Classic Man, who recognised it instantly as a 1952 ISDT works special and restored it appropriately, causing wonder and bewilderment at every concours he attends.

The other vision is that the bike did the rounds of the autojumbles, losing bits here and there, until finally it was bought to be a project, emerging years later as a completely stock 1952 Matchless twin, but somehow with no parts at all left of the original bike. What Plumstead made, we could always un-make. What we made, we are now undoing. A strange old world, hey… 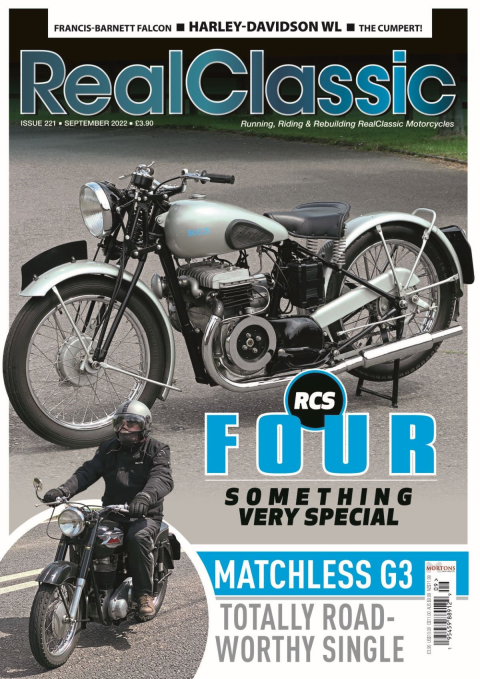 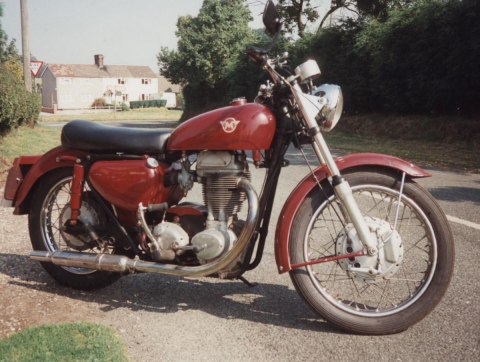 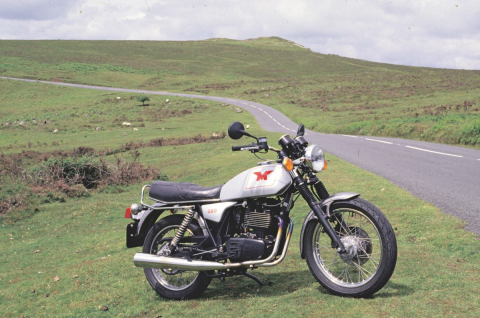 Blast from the Past - AMC Anorak 11 - Burning Questions
Why do you ride the bike you do? Why do you not ride the bikes you don’t? Frank Westworth has a head filled with puzzles…
Features - Alex Bestwick 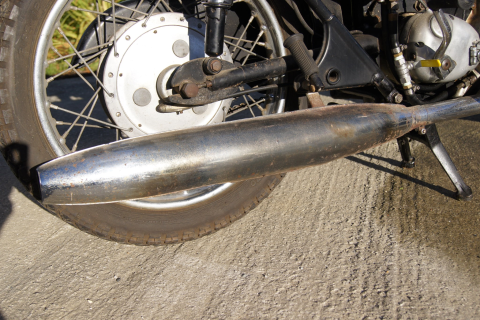 Blast from the Past - Spare Parts - AMC Anorak 12
Frank Westworth loves his AJS and Matchless motorcycles and make a point of securing spare parts for them whenever possible. Here, in an unusual example of Hoarder’s Downfall, he explains how his prize collection of AMC originals gets beaten to bits…
Features - Alex Bestwick 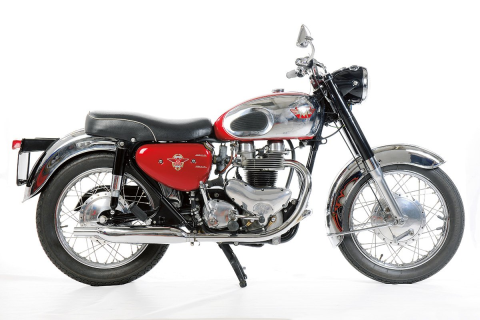