Yamaha's YR2 with it’s new five-port engine was another step in the development of fast, reliable two-stroke lightweight roadsters and its stablemate – the YR2C – joined the Stateside fashion for street scrambler models.

In reality, the differences between the 'road' YR2 and the 'street scrambler' YR2C (also known as the Grand Prix Scrambler 350) were minimal and largely cosmetic. High-rise handlebars, an upswept exhaust system, fork gators, revised footrest position and tyres that made a nod towards off road use were the main differences between the two models – though the YR2C also sported revised gearbox ratios as a nod toward its off road pretensions.

American magazine, Cycle World was at pains to point out that the YR2C was no trail bike though, when it tested the model back to back with the YR2 road version, reminding its readers: "Perhaps it is hardly necessary to add that the street scrambler is by no stretch of the imagination suited to trail riding. Its special features are merely for show."

But if Cycle World was scornful of the YR2C’s off road potential, they were more complimentary about the overall design of the machine. The superb (for the time) twin leading shoe front brake was singled out for special praise, while the testers also liked the sweet gearbox and fine handling. The riding position of the street scrambler didn’t score such high marks though, the test riders finding that the upswept pipes caused the rider to adopt an: "…ungainly leg position."

Punchy power delivery
Such considerations are hardly likely to trouble the owner of a YR2C these days. Present day owners are more likely to revel in the punchy power delivery and classic street scrambler style than to worry too much about comfort on a long haul. Certainly no-one is likely to complain about the bike’s lack of off road ability either.

No, style is all when it comes to a bike like this – and Mark Cowdery’s gorgeous machine has got that in spades. Mark picked up the award for best Yamaha when he showed the bike at Stafford a couple of years back – and it’s not hard to see why. And with a top speed potential of around 95mph and acceleration to match, he’s unlikely to be embarrassed for power on a club run. I suspect he’ll be more than capable of surprising the owners of more than a few newer and larger capacity machines, in fact. That’s what bikes like this are all about. Light weight, snappy two-stroke power and style to die for. What more could you ask for?

Owner
Mark Cowdery’s 1967 Yamaha YR2C is a rare beast. He bought the bike – originally from California – as a complete wreck five years ago. And, thanks to the rartity of the model in the UK, it then took the Berkshire-based enthusiast two years to collect all the parts needed to restore it. Mark reckons the hardest parts to track down were the various rubber bits and says that Govnors Bridge were particularly helpful with sourcing NOS parts. He recalls rummaging round the Govnors Bridge stand at the Mechanics show one year and looking down to see a brand new seat. "That was a great find," he says.

The rest of the parts turned up on eBay and, once he had collected all the parts, the rebuild took another year to complete. Since then, Mark has done 500 miles on the bike – though he also has another original and unrestored YR2C he uses more regularly. Naturally, he is a member of the VJMC and Vintage Yamaha Club and owns a total of six bikes – a mix of Yams and Kawasakis. 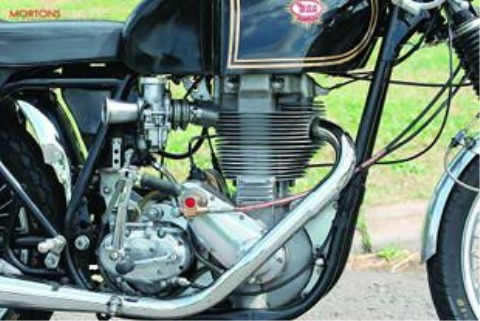 Road Test: BSA Gold Star road test
For some building a special means searching out the right parts from this catalogue or that brochure, others take a more involved route and make most of the bike themselves. Tim Britton meets up with such an engineer who turned his hand to his BSA Gold Star...
Features - Tim Britton, pics by Nick Haskell 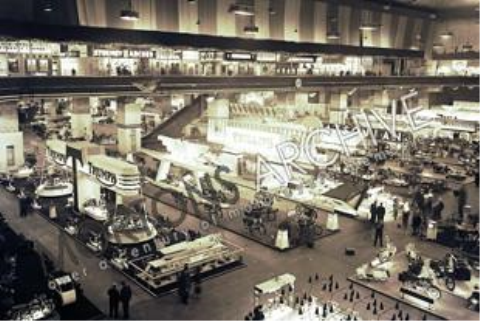 Straight from the plate: The Earls Court Show, 1956
Probably the biggest and most important event in the motorcycling calendar in the 1950s was the Earls Court Show, held annually. Manufacturers displayed their wares to the buying public, who were presented with the opportunity to see everything that was on offer to them – and some things that weren’t...
Features - James Robinson 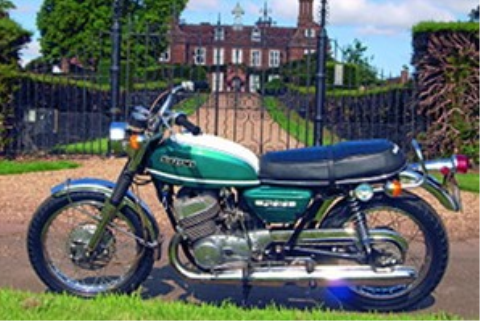 Buying Guide: Aspirational artefacts: Suzuki T500
Despite the total lack of logic to the basic arithmetic involved, certain machines just somehow conspire to be greater than the sum of their component parts...
Features - Steve Cooper, words and pics
Reference: OK Supreme G39 Flying Cloud
OK Supreme’s Flying Cloud was one of the most romantically named motorcycles and this example inspired an emotional reunion, more than 60 years after its manufacture...
Features - Mike Lewis
Download the Classic Bike Hub app