I was eyeing up my ride for the day and freely admit to feeling a little wary. Perched on a log, like an overgrown CE armoured pixie I’m thinking of an old schoolboy joke and with more than a touch of irony. What’s white and if it falls out of a tree it’ll kill you? Answer – A fridge. Pessimism, premonition, sixth sense or even innate self preservation? Whatever, there’s a worrying similarity between the third form’s punch line and the bike I’m about to ride. Both I and the owner are only too aware of the implications of throwing more than a third of a ton of motorcycle and rider down the road.

Proud restorer Nigel Clark has no desire to see his new toy launched across the Tarmac and I have little desire to take out half a national forest if I low side those copious acres of paint, polished alloy and lustrous chrome plate. I’ll be riding on damp cold Tarmac and it’s only recently stopped drizzling. “What’s that Nigel? You forgot to mention the bike is running Kenda tyres? No I’m sure it’ll all be fine.” Outwardly manning up, but inwardly wimping out, I wave the key at the mega Maxim and wait to see if it bites even when parked up. There’s no two ways about this; it’s one hell of a bike and only a total fool would expect the riding experience to be anything other than full-on and over the top.

The first and abiding impression is the sheer size of the bike; if it was a burger it would have to be supersized with bacon and a slice of cheese. There’s absolutely no denying there is simply so much of it. Yamaha doubtless styled the bike to impress but when examined in detail it borders on the overawing. If it was in any colour other than black you’d be forgiven for thinking Liberace had taken up motorcycle design. Pure stateside kitsch abounds wherever you look. Lots of cast alloy in both satin and gloss compete for your attention with detailing and contrasting black.

The front end is little short of a chrome fest and the back end is dominated by that palatial king and queen seat. This in turn nuzzles up close and personal with a grabrail cum sissy bar that begins around mid calf level and ends up somewhere north of your kidneys... subtle it ain’t. Oh and check out the painted and polished alloy side panels. This was a motorcycle aimed at getting greenbacks out of Uncle Sam’s honest citizens and over to the Land of the Rising Sun. It was also targeted at products that came out of a certain Milwaukee factory so it had to look the part as well. The kicked out forks (more of which later) and the chunky rear end subliminally drip feed the word chopper into your subconscious and then you sit on it. Oh my good lord, this is just something else. 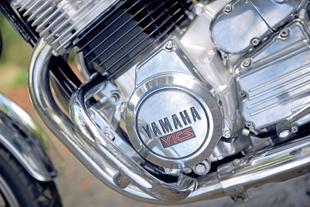 The dashboard looks like it’s been filched from the Starship Enterprise and modded by the special effects department. It tells of fluid levels, lights and stand statuses. While your head is still reeling you try to take in those handlebars. Cast alloy, really? They look like they should be part of Klingon Warbird. Key in and ignition switched on, sidestand up, clutch pulled in and press the starter button waiting for lights that say tractor beam or warp speed. Of course it simply fires up and immediately ticks over politely; after all those allusions to Milwaukee muscle are just that, insinuations and circumstantial references.

This is cruiser Iwata style and it will run like a Seiko watch. Into gear and notice just how low the seat really is as I settle in. My knees are remarkably bent, yet I’m not uncomfortable. Even the gigantic reach for the bars isn’t too arduous. What does come as a huge shock is how unnervingly difficult it is to manoeuvre the Maxim at walking pace; there’s no way I’ll be doing a U-turn today. Only an orang-utan could achieve such an operation many of us do on a regular basis. The low seat height combined with the fork rake and the leading axle means the handlebar at the outer side of the turning circle is simply too far away from your shoulder. This is the only motorcycle I’ve ridden in four decades that requires arm extensions. 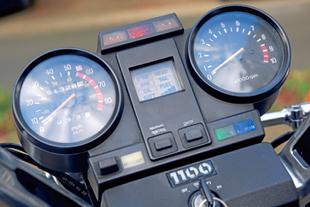 Once I get an understanding of the bike’s ergonomics and the various dynamics operating in the background we’re off and the preliminary impressions are a mass of conflictions. Owner Nigel latterly agrees with me there’s a distinctly unstable royal barge feel at low speeds that’s initially unnerving. Stability improves as speed increases and there’s absolutely no denying the motor is a peach. It fuels beautifully providing lashings of creamy torque but whether this is down to the much vaunted YICS cylinder head is up for debate. Given that Yamaha later dropped the concept my money is still on cam profiles, fuelling velocities and the like. The exhaust note is very obvious and I wonder how it managed to get state-wide approval. Then again I don’t actually care... it’s delicious.

Once we’re past 30 the bike makes much more sense and I begin to feel at ease. Well, up to a point; the front brake is really struggling and seems to have real trouble in retarding us but then the penny drops. The front lever only actuates the right-hand disc; I need to apply the foot pedal to bring on the left disc and this obviously brings the rear brake into action. If you’ve never ridden with linked brakes it’s not the nightmare you might expect and it becomes natural almost instinctively.

The only time I can honestly say I missed a conventional rear anchor was when I wanted to slow down from a crawl to a stop. My own personal preference is to just trail the rear brake slightly so as not to compress the front forks and thereby enhance stability. 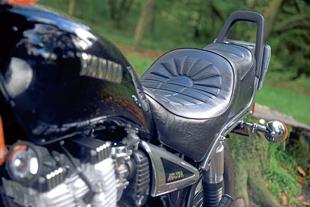 As you might expect, nadgery bends are hardly the Maxim’s forte and why should they be? This is a bike designed for freeways and interstates, long sweeping bends and crossing state after state. The damp and poorly maintained B-road through woodland littered by random ramblers and suicidal cyclists is hardly its natural habitat. Gaining confidence I find I’m more than adequately comfortable with the Maxim’s handing and unless I knew different I’d have assumed the back end was motivated by a traditional roller chain. Yamaha took the brave move to use shaft final drive on the original XS750 and it was pretty much perfect from the off; no doubt using Porsche’s consultancy service was a wise move. The only negative comment I can make about the transmission is a slightly snickety gear shift but I’ve ridden worse, much worse in fact. It’s hardly notchy, doesn’t baulk up or down but there’s just a very slight transient resistance to move or select. I think that’s actually called character to be honest. 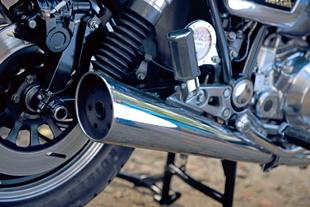 As I slow down, post riding shots, the slightly ponderous nature of the bike reasserts itself and I’m left wondering just why Yamaha didn’t iron out that one remaining foible. The kicked out front end is part of the look but surely something subtle could have been tweaked? Both front and rear end are preload adjustable, the rear suspension is even linked and air shocked and then the reality dawns. This was a run out model aimed at getting the most out of an ageing design. There were newer concepts just around the corner and Yamaha was simply maximising the return on its original investment. My return to the classic scene was courtesy of a Yamaha XS650SG and I loved it to bits. The XJ1100 Maxim is simply the logical conclusion, the final extension of Japan’s initial fascination with the oxymoronic concept that is a factory built, custom, motorcycle. I can see why all the Maxims were never imported to the UK. We have the wrong roads with wrong climate and the wrong customer base preloaded with the wrong mindset. Yet I can see a genuine reason to own one. Make for the coast and catch a ferry. Ride off and find a suitable autoroute then locate a southern pointing autopista and cruise.

Cheesy clichéd image of the male midlife crisis or a long suppressed bullet point on your own personal bucket list? Who knows, but you ain’t never gonna find out until you try it my friend.

? More information and images in the April 2014 issue of Classic Motorcycle Mechanics. 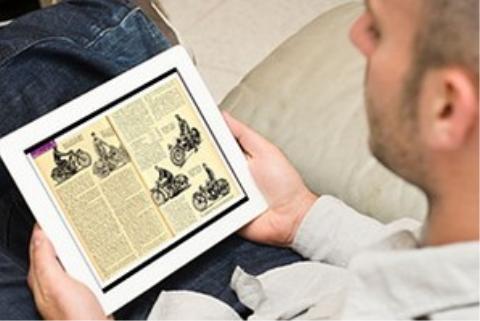 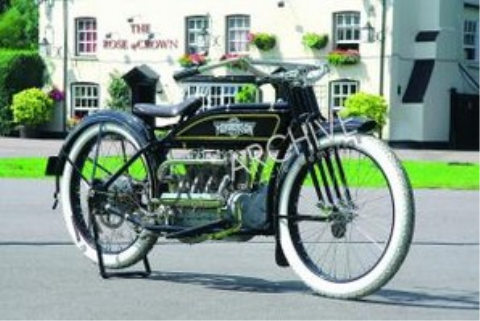