The Yamaha RD250A was the first production road bike to use reed valves to control the incoming charge, giving rise to the ‘torque induction’ stickers on the side panels. This system improved usable mid-range power without compromising overall performance, but worries about the reliability of the reed valve petals prevented the system finding favour on the racetrack.

First RD250s
While the very first RD250s came with a twin leading shoe drum front brake, inherited from the previous model YDS7, European models were equipped from the start with a twin-piston caliper front disc brake. The engine’s bottom end was practically identical to the YDS7 as was the frame, which had some minor changes around the upper frame rails. Early production models were supplied with five-speed gearboxes, but owners soon discovered the box in fact contained six sets of cogs, with sixth gear blanked off with a stopper on the selector mechanism. Modifying the gearbox to gain the extra gear involved not only removing the stop plate but also fitting a revised pawl plate. 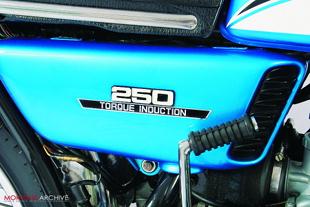 With a top speed of 92.8mph the RD went well against Kawasaki’s 94mph rival, and at £427 was £22 cheaper. The RD250A remained in production until 1975, when the RD250B with revised cylinder heads and gear ratios replaced it. In 1976 the RD250C replaced the B, with a major styling update, which saw the introduction of Yamaha's ‘coffin tank’ styling and ‘speed block’ paint schemes. The final RD250 was the 1979 F model, which now featured cast wheels and electronic ignition, though top speed was down on the original to 88.49mph. 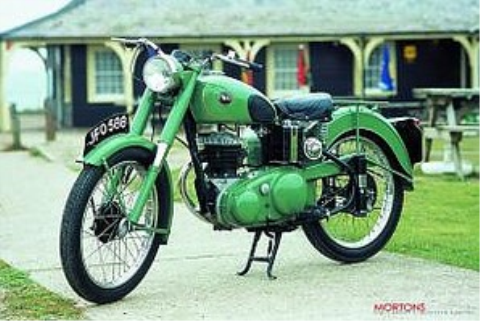 Road Test: BSA C10L
Never likely to set the pulses racing and often dismissed as ‘grey porridge’ and heaved onto the scrap man’s wagon, this BSA C10L – so representative of an era – is now a rarity. And that’s a real shame, because it has a charm which was overlooked when originally on sale. James Robinson explains...
Features - James Robinson, pics Nick Haskell 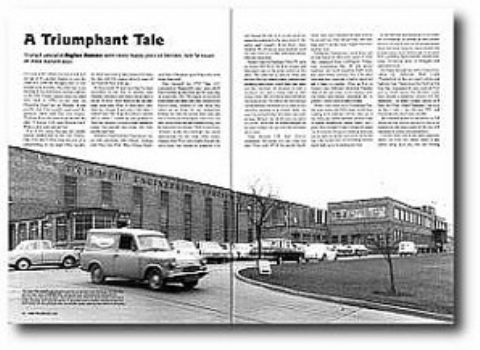 Reference: A Triumphant tale
Triumph specialist Hughie Hancox spent many happy years at Meriden and had a 'right royal time'. Here he shares some anecdotes, from archery in the Packing Department to covering up for test rider Percy Tait when a policeman chased him into the factory canteen...
Features - Hughie Hancox
Road Test: Triumph Bonneville
With the Triumph Bonneville celebrating its silver jubilee, the VMCC chose to offer up one such machine for their Christmas raffle prize. Always keen on a bargain, Jim Reynolds went to sample his quid’s worth...
Features - Jim Reynolds, pics by John Wilkinson
Ending a 12 year hurt
Peter Williams, Norton factory rider and designer of the team’s new monocoque-framed machine, gave the company a well-overdue victory in the 1973 Formula 750 TT...
Features - Gary Pinchin
Download the Classic Bike Hub app