Back in the 1980s Yamaha was in a quandary. Kawasaki had invented the sports 600 market with the brilliant GPZ600R, Honda had replied with the seminal CBR600 and Suzuki was taking the obvious step of reducing the capacity of its GSX-R750 engine to 600cc (back to the Bandit engine again). But Yamaha had nothing remotely ready. The only 600 Yamaha had was the XJ600 tourer - a nice enough bike, comfy and so on but more belonging to the era of the GPz550 - a class that had been made suddenly obsolete.

Someone in Japan looked at the chassis of the lovely little FZR400 (then a Japan-only model), ran a measuring tape over the XJ600 engine and, with the aid of a crowbar, managed to make it fit in the chassis.

They then found that the clearance was too tight for the XJ600 carbs so they had to make do with a set whose venturis were 2mm narrower. That cut the power from the claimed 72 bhp to 68 bhp - and even that was probably being generous. 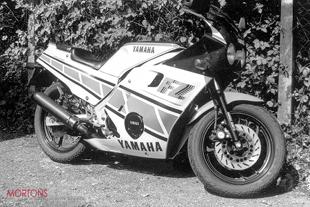 However, it wasn’t the price that made the FZ so amazing. It was the handling. “The best handling bike in America,” said the USA’s Cycle Guide. In this country, Bike magazine reckoned that it was the finest-handling sports bike they’d tested in yonks and even went so far as to claim it was the sort of bike Ducati might have built.

Quite simply, there was nothing superfluous on the FZ. A tiny chassis and a competent engine. In fact, performance wasn’t that far down on the water-cooled bikes because of its small frontal area.

Nor were there any creature comforts. The riding position was feet-back-and-up, head down; wrists somewhere halfway down the forks (or so it seemed).

The seat was a postage stamp with a bit of vinyl tacked onto it. The unlucky pillion got a sort of matchbox perch the size of something found on a modern Japanese race-replica 250.

It was pure, pure racer. Twin headlights at the front gave it that important endurance look.

Between 6000 and 7000 rpm, it made more torque than the CBR Honda and peak torque was not only exactly the same (Bike measured both at 38ft/lbs at the back wheel) but developed at a mere 6800 rpm. For the CBR the figure was 10,500 rpm, believe it or not.

This made the Yamaha an absolute doddle to ride. And it was easy on juice - you had to be going some to get worse than 50 mpg.

I still remember riding the FZ. It was utterly, utterly manic. The engine was a bit harsh (it had rubber mounts at the front but it still buzzed). It felt coarse. It didn’t even make a nice scream. 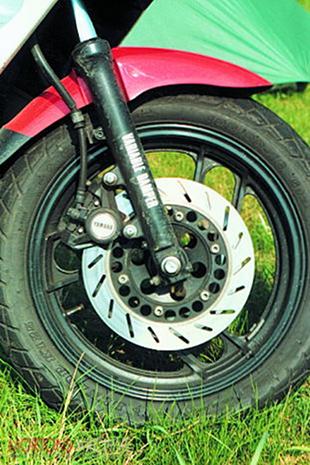 But I can’t remember any bikes that just begged you to throw them into the next corner five, ten and then 15 mph faster than the previous one. It was utterly, utterly sensational.

It was also excruciatingly uncomfortable. After an hour your wrists were aching and your arse had gone numb. Your neck was hurting: everything was crying for relief. I’m five foot ten, at the upper end of the ideal dimensions for an FZ pilot. Six-footers could forget it. After all, this was a sports 400: a tiny bike.

Yamaha never developed the FZ600. It was purely a stop-gap model until they’d got their new water-cooled 16-valve sports FZR.

The FZR appeared at the end of 1988 and the two bikes ran alongside each other until all the FZ stocks had been sold.

It lived for just two years but while it lived, it blazed like the sun.

What goes wrong
Very little, really. The XJ series engine was always tough as old boots and a despatch rider’s favourite. With regular oil changes and maintenance, they’ll run to 100,000 miles without complaint and as the FZ lump is the same, there’s no reason to expect it to do any worse.

Sometimes, at really high mileages, the alternator chain (about the only concession to modernity on the XJ engine is the mounting of the alternator behind the block) rattles. Oh, and do check that all the gears are present and not jumping out when the spirit moves them; severe ham-footedness can sometimes break the dogs on second gear.

No, the real problems with used FZs are more to do with the fact that they appealed totally to the head-banger brigade. They were always abused and Yamaha’s build quality wasn’t brilliant to begin with.

Expect plastics to be scuffed or cracked, expect the bushes in the rear suspension linkages to be seized, worn, or both - having a dealer remove really nadgered bushes can cost hundreds because the job can take hours.

Expect the brake calipers (same as fitted to the RD350 YPVS) to be seized as well. If the fork seals aren’t leaking it simply means that some genius has let all the oil out of them. The forks are air forks, by the way, and while they held air pressure when new, after a few months they never did.

That’s about it, really. In all respects, the FZ is as reliable as they come.

As for parts, well, the FZR400 was sold as an official import and there are plenty of grey imports around, so in theory chassis bits shouldn’t present too much of a problem. And most of the bike is made up of components found on other Yamahas as well. 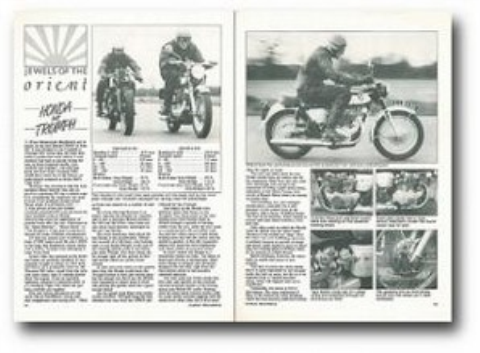