By the time this Velocette Venom left the Hall Green works in 1970, time was nearly up for the long running, enduringly popular sporting single. In a motorcycling world that was now welcoming four-cylinder overhead camshaft Honda CB750s and screaming two-stroke Kawasaki H1s into its showrooms, the overhead valve Velo, with its ‘distinctive’ starting ritual and frame clearly harking back to pre-WWII practice, was looking increasingly anachronistic.

Though it all worked really rather well, with the Venom – and its sportier Thruxton stablemate – well and truly capable of humbling all but the very best latest exotica (and it would take a brave man to actually ride an H1 faster than a Thruxton… or a Venom for that matter…) time was sadly running out for this most quintessential of British (ironic considering the family’s German heritage) manufacturers.

Launched in 1956, the Venom marked a return to the kind of top-end sportsters for the discerning enthusiast that Velocette had made in the late 1920s and 30s. Though it eschewed the overhead camshaft technology Veloce had been at the forefront of for 15 or so years preceding WWII, in favour of an engine that could obviously and blatantly trace its lineage back to the 1933 250cc MOV – the Venom, along with its 350cc Viper sibling, quickly became a favourite of the sporting motorcyclist.

Venom reputation
The Venom reputation received a further boost with record-breaking exploits in France – including the amazing 100mph-plus 24 hour run at Montlhery in 1961 – which was followed by more sporting success, including wins in the reintroduced Production TT for the Venom-based Thruxton.

Through the 1960s, there were attempts to broaden the Velocette appeal – and fill the bank accounts – with cut-price Venom and Viper-based models and jazzy paint schemes, though alas it was all in relative vain. By the late 1960s, the writing was beginning to appear on the wall…

This late Venom, in standard trim, is owned by Lancashire man Gary Hoyle and was made right near the end of the production run – indeed, it was the last UK-spec machine and the second to last Venom ever, being number 27 of the 28 built in 1970. It was registered in Manchester. Forty-three-year-old Gary is the only the third owner, having bought it four years ago from a friend who’d owned the Venom since the late 70s, when he bought it from its original keeper.

Despite its historic significance, the Velo is used as its makers intended, with Gary – who’s been riding since he was 17 – not afraid to put it through some long runs, included a recent Leamington to Lancashire ride. He also rode it during the Festival of 1000 Bikes, proving that it’s no show pony, but a working motorcycle – and one that works well. 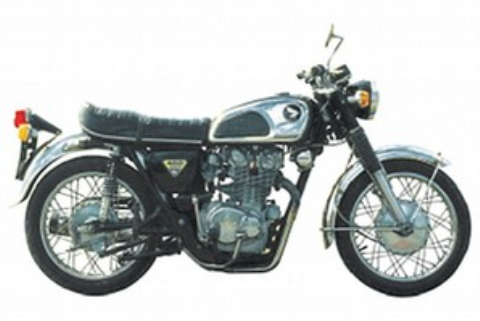 Honda CB450: buyer's guide
Before supplies dry up splash some cash and buy a Honda CB450. No, not the later uber-Dream from Brazil but the bike that scared the British bike industry witless...
Features - Tim Britton
Mick Andrews: two in a row
Ossa ace Mick Andrews scored his second win in the prestigious Scottish Six Days Trial in 1971...
Features - Tim Britton, pic Nick Nicholls
Buying Guide: Lemons: Honda CB250N Super Dream
Sometimes bikes are amazingly successful when there is nothing really spectacular about them: take the Honda 250 Super Dream. ?There was nothing fundamentally or seriously wrong with the machine but neither was there anything magical about it...
Features - Lou Spokes 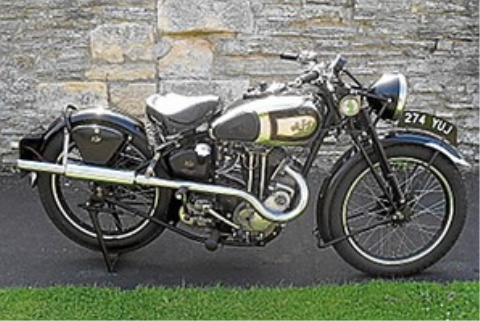 AJS trial works model: bike you should ride but probably can't
The most famous win in the Scottish Six Days Trial – the SSDT – is likely to be the one-dab win by Gordon Jackson in 1961...
Features - Tim Britton
Download the Classic Bike Hub app