At a glance – and to be fair, even a reasonably sustained look – for all intents and purposes, this is a trio of Brough Superiors, posed together at the start of a long-distance event. One expects that a face among the trio belongs to George Brough, with perhaps another that of ‘Gentleman’ Dickson, ‘Oily’ Karslake, Charles Needham, George Patchett, or another of the prominent BrufSup exponents. A good, close look reveals that none of the ‘usual suspects’ are depicted.

The said-same more detailed inspection of the motorcycles starts to throw up some anomalies. What are those front forks? Well, not all Brough Superiors used the Castle fork, with Webb, Brampton and even Montgomery variously employed at different times. But the ones on the featured machines don’t look like any of those either.
As the photograph was filed in a box with only a date on the reverse, it was time for some more investigation, luckily with a ready lead in the form of the published date – July 30, 1925. A walk into Mortons’ archive (still a traditional library-type arrangement, with boxes and bound magazines on the shelves) and fetching out the necessary volume was required – and soon all became clear.

The three are actually Matchless V-twins, the biggest tell-tale being those front forks, a common design to the Plumstead firm for several years, the ballooned shape of the rear strut of the girders the giveaway. But there is plenty to show how easily these could be incorrectly identified.

Matchless had made V-twins long before Brough Superior even existed and was to later supply the engines to the Nottingham-based maker, but the south east London made machines have nothing like the prestige today that a Brough Superior possesses. But when (ever?) was the last time anyone saw a Matchless V-twin like these pictured?

Indeed, the comparative reality of vintage Matchless machines is curious – there just never seem to be many of them about. Go to a big pre-1931 gathering – Banbury being the prime example – and the place is practically overrun with Nortons, Triumphs, BSAs, Ajays, even Scotts and Velos; the last two surely made in much smaller numbers than Matchless, while in 1931 Matchless was to buy the AJS concern.

So how come that at Banbury in 2018, of 471 machines listed in the programme, there were 37 AJS as opposed to four with Matchless on the tank? It’s rare to see an example of a vintage (pre-1931) Matchless, rarer still to see a vintage Matchless V-twin, and virtually unheard of to see one of these Brough-aping machines. If anyone has one, or a picture, we’d love to see it; there was a photograph circulating of one in Australia some years ago.

But now we’ve established what the motorcycles are (Matchless Model M/3S Sports, to give them their full names) who are the men and what’s the event? From left, the chaps are Fred Neill, J W Bartleet and R J Braid, the event the 1925 Scottish Six Day Trials, with this trio the Matchless team. All three managed the finish and earned some words in The Motor Cycle’s event write-up.

Of Braid: "Silver cup. Apparently not yet quite used to a big machine in Scottish trials country, but nevertheless a successful rider.”

Neil: “Silver Cup. Surer of himself than Braid, owing to longer acquaintance with his machine. One of the best riders of solo big twins competing.”

There were two more Matchless riders, Hardman on a 350cc ohv (a silver cup) and Snell (980cc sidecar) who took a bronze medal, plus a special award for most plucky performance. He ‘...failed Amulree, Blachraggan, Caddonlee, and Blackford Hills, lost 40 marks for one trouble and another, and one for a broken carrier stay.’

Interestingly, the aforementioned Dickson was there on an ohv Brough Superior and gained a bronze medal, although it was noted: “Apt to be shaky on bad corners, possibly owing to a leg injury received just before the trials,” which doesn’t sound much fun at all. The second Brough Superior in the trial, a sidecar driven by Stockton, retired early on.
There were 77 entrants in the trial and 75 starters, of which 67 finished the course. 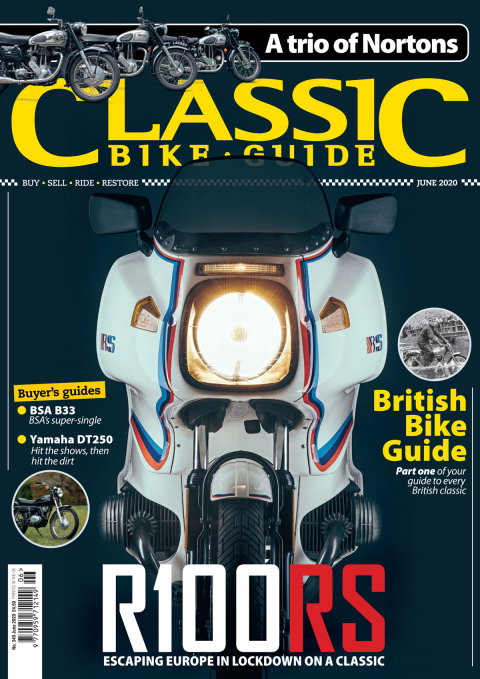 Look inside the June issue of Classic Bike Guide
Check out part one of our illustrious British Bike Guide! Plus, we escape Europe in lockdown on a classic!
Features - Sam Hewitt 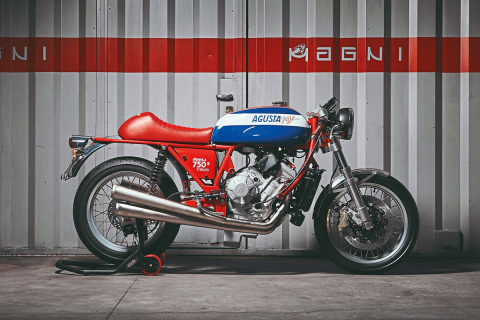 Magni MV Agusta 750S Tributo test
The names Magni and MV Agusta are well acquainted, but only now are the two united in one bike – the 750S Tributo.
Features - Sam Hewitt 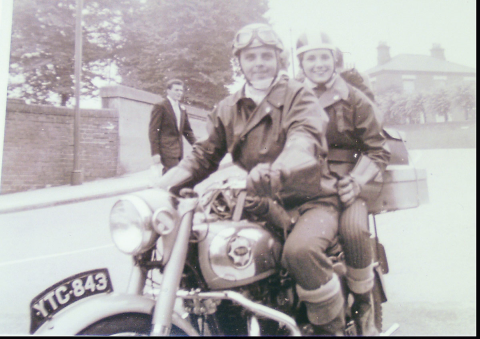 Can you help find this wedding BSA Shooting Star?
Classic Bike Guide reader John King is trying to track down his old BSA for a romantic reunification. Could you help him?
Features - Sam Hewitt 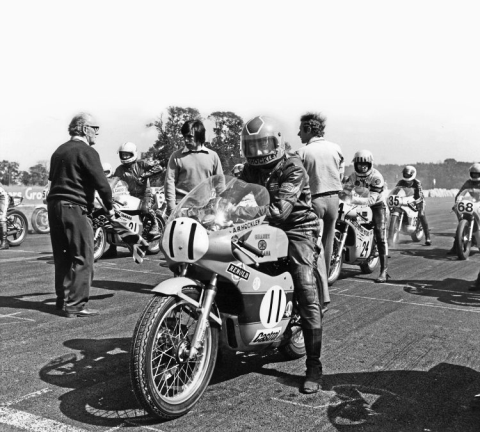 Austin Hockley: The Fearless Fighter
Ask any of the competitors who raced regularly against Austin Hockley and the most common description they give him is ‘fearless’.
Features - Nigel Devereux
Download the Classic Bike Hub app