In just a few short years since the launch of the TM range in 1971, motocross had moved on – and it was time for Suzuki to do likewise.

By 1975, the TM series ranged from the tiny TM75 (launched in 1974) to the mighty TM400 – the first of the TM dynasty. And one of the most popular classes – particularly in the all-important US market – was the 125 sector. Suzuki had dived into the 125 pool with the TM125 in 1973, but the arrival of Honda’s miniature masterpiece – the CR125 – meant that something rather better would be required to keep the Suzuki name afloat. Enter the RM125.

At first glance though, Suzuki’s new eighth-litre weapon looked like nothing more than a warmed over TM but, in fact, the RM was significantly different. For a start, its five-speed engine did away with the oil pump of its trail-bike-inspired predecessor in favour of the straightforward pre-mix lubrication of a true race bike. Then there was the increased suspension travel – up to 7½in at the front and a touch more than 7¾in at the rear – compared to the 6½in fork travel of the TM forks. And, if all that wasn’t enough to convince buyers that the RM was a genuinely new model, there was the bottom line – power. A claimed 23hp at 10,500rpm was 5½ precious hp more than the ‘old’ TM. 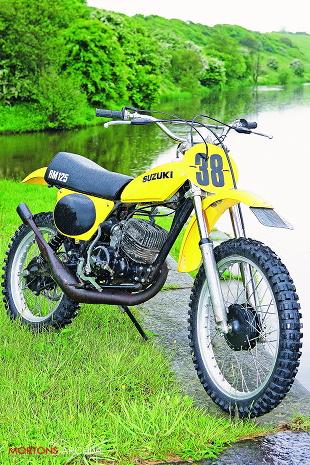 Long travel revolution
Just a glance at the rear suspension would further confirm Suzuki’s serious intent with the RM. By 1975, the long travel revolution was just starting to build up a head of steam and the RM’s forward mounted and more steeply angled units pointed the way to the future. It was a substantial improvement on the TM model overall but, as the 1975 racing season unfolded, the RM125 would prove no match for the opposition. Something would have to be done – and that something was the RM125S.

It’s fair to say that Suzuki’s claim of 23hp for the first version of the RM125 is optimistic at best – and downright fanciful at worst – but what is in little doubt is that, whatever it really was, it wasn’t enough. And in a class where every ounce of horsepower really counted, Suzuki took the bull by the horns and rushed out an upgrade kit to dealers. The kit comprised a revised cylinder head, barrel, piston, rings, exhaust and a 34mm Mikuni carburettor and it substantially improved the performance of the stock RM. So successful was the kit that Suzuki quickly launched a factory version of the ‘S-kitted’ bikes mid-season and the RM125S was born.

The ‘official’ S model benefited from all the ‘kit’ parts and also got a new (larger) CDI box for the electronic ignition – which was relocated to the front frame downtube (behind the headstock) from its original location on the front of the airbox. And, to announce the existence of the RM125S to the motocross world, a transfer appeared on the fuel tank just to the rear of the filler cap. It was all very well reacting quickly to a problem, but had Suzuki actually come up with a bike that was significantly better?

Raceware from Hamamatsu
In a word, yes. In fact, it could be argued that the RM125S paved the way for the long and successful line of eighth-litre raceware from Hamamatsu. The key was in the way Suzuki addressed the shortcomings of the first RM. Although the RM chassis was hardly revolutionary, it was as far down the long travel development route as most of its competitors. Even the innovative Yamaha YZ125C – with its monoshock rear end – wasn’t regarded as being any better than the RM in terms of suspension or handling. No, power was the be all and end all in the 125cc class and the Suzuki engineers tackled that problem head on. 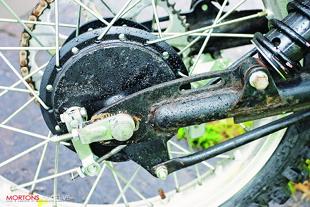 Short of rushing out a totally new engine, Suzuki did everything possible to muscle up the RM125. Though the (pretty well bulletproof) bottom end remained untouched, the S model got the benefit of a brand new head and barrel, big bore exhaust – and that massive 34mm Mikuni carb. It was enough to boost power to a claimed 26hp – plenty enough to run with the 125cc pack – and even if the official power figures were a work of fiction, there was no doubt that power was substantially up. From the potential wreckage of the underpowered RM125, Suzuki rescued a very capable racer in the form of the S.

More Stories
Road Test: Rudge Special (1938)
Though it was called a ‘Special’ the so-named model was actually the cooking 500cc single in the Rudge range - much to the embarrassment of one concours judge who awarded it first prize in the Specials' Class at a classic show, much to the derision from Triton builders...
Features - Roy Poynting, pics by Terry Joslin 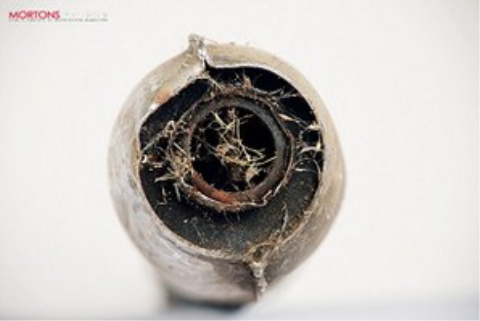 Workshop: Decoking two stroke exhausts
Is a 25 percent power increase for less than the cost of a takeaway for two really possible? Find out as we delve into the carbon-encrusted twilight zone that is often found in two-stroke exhaust systems...
Features - Steve Cooper 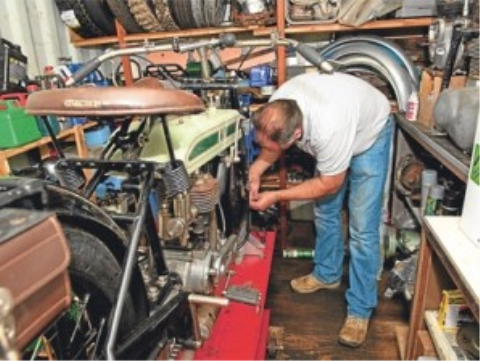 Annual MoT
Do you approach the annual MoT with confidence or trepidation? OBM takes the VMCC’s Triumph SD along to Clarke’s Garage in Horncastle for ‘the test’...
Features - Tim Britton, pic by Joe Dick 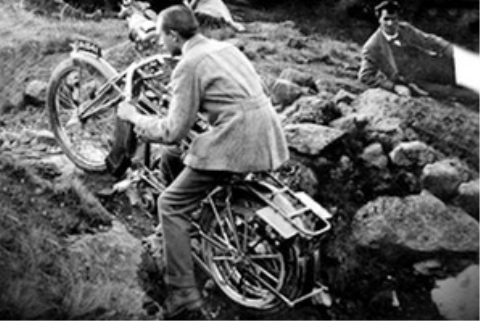 Classic Camera: Up Helvellyn by motorcycle - September 1913
Raymond Drinkall forces his 4½hp Quadrant onward and upwards, during his attempt to be the first motorcyclist to successfully reach the summit of Helvellyn in the Lake District. At 3117ft above sea level, it is third only to Scafell Pike and Scafell in terms of loftiness...
Features - Web editor
Download the Classic Bike Hub app