Special guest of honour is former 250cc GP champion and 500cc legend Christian Sarron. Christian will be adding his own brand of Gallic charm to proceedings and has a wealth of racing memories he wants to share with you.

A new addition to the show for 2013 is stunt rider and former trials ace Steve 'Mr Showtime' Colley. Steve pulled huge crowds at Newark with his jaw-dropping stunt display, so do make sure you catch one or two of his displays.

Once more the Bonhams auction will be one the show's highlights. This year the jewel in the auction is a single-owner collection of around 100 classic Japanese motorcycles, ranging from the humble Super Cub to Honda’s exotic NR750. There are also a number of Suzuki, Yamaha and Kawasaki machines from the 1970s and ’80s in the collection, as well as a sand-cast CBX1000 and CX500. It is hoped the sale of this single collection could net more than £300,000.

There are more than 70 club stands this year with a huge variety of machinery on display from Japanese machines from the early 1960s through to the emerging classics from the 1990s. One of the first stands to head towards is the VJMC stand in the main hall which will feature a mouth-watering selection of machines.

If you’re in the middle of a 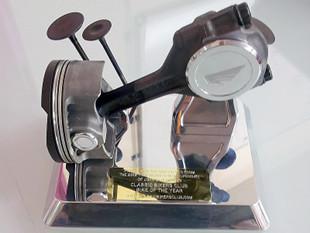 restoration project or looking for the next one, then the big draw is the autojumble that covers the entire showground site. Whatever you’re building or restoring, don’t be afraid to dig in and root around.

Do pop over to the Mortons stand in the Main Hall (Bingley Hall) and check out the seven Classic Bikers Club Bike of The Year 2013 entrants. The owner of the winning bike will be awarded our bespoke trophy and £1000-worth of goodies on Sunday.

We hope to see you there. 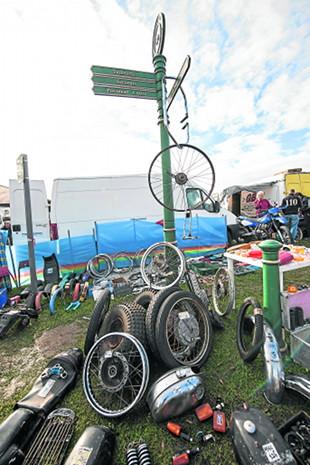 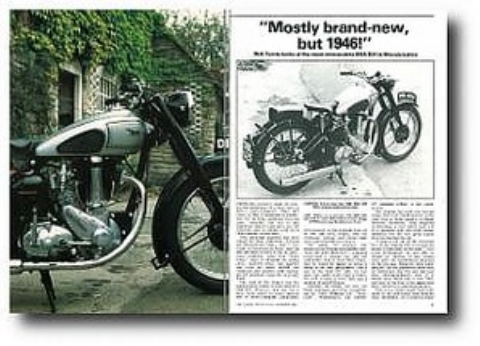 BSA B31
Bob Currie looks at the most immaculate BSA B31 in Warwickshire. The restorer's aim was to turn out a showroom example rather than an exhibition example, and he's clearly achieved his goal...
Features - Bob Currie
Road Test: Suzuki GT185
Suzuki’s GT185 two-stroke twin typified Japanese lightweights of the early 70s: conventionally styled but with generous and sporty detailing. But, as John Nutting recalls from when he tested it in 1973, the glitter concealed some peculiarities
Features - John Nutting
Road Test: Norvin café racer
Any marriage of ‘the world’s fastest standard motorcycle engine’ to ‘the world’s best roadholder’ should be a contract made in heaven. And in this particular case, it is. Mike Lewis tells the story of an immaculate Vincent-engined special...
Features - Mike Lewis 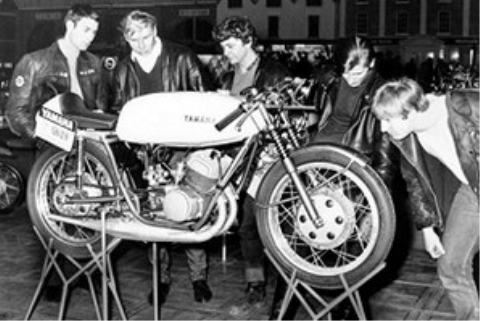 Archive: Earls Court Show 1966
Clearly the new Yamaha TD1B looked an attractive proposition to these five young would-be racers when it appeared at the Earls Court Show in 1966. But how many of them would ever be able to afford the sleek two-stroke twin?
Features - Malc Wheeler
Download the Classic Bike Hub app