Many times during that period it would have been easy to walk away from the challenge of competing at the very highest level, especially in the late 80s when the might of the Japanese was levelled against them in the blue riband 500cc class.

Even the Japanese teams were impressed. Honda donated the bank of carbs, valued at £40,000 way back in 1998 to help with the development programme. Likewise the carbon discs, used for one meeting and discarded by the Honda technicians, but way out of the reach of the Paton team’s budget.

Strictly speaking this isn’t the last two-stroke GP Paton, with a 2001 model being built in collaboration with Cagiva. But it is the last to use a Paton frame and engine, and more importantly the last to score a world championship point, in the hands of Paolo Tessari, before the money finally gave out mid-season. 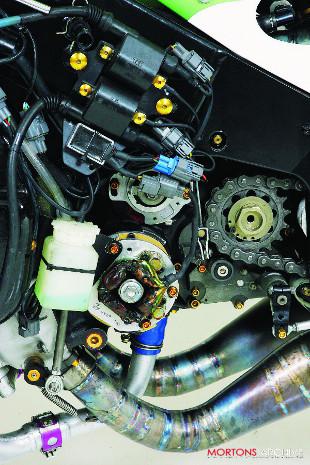 Just study the statistics and marvel at what total commitment can achieve.

Although the Paton effort at the highest level ceased in 2001 the brand is far from dead.

Roberto Pattoni, along with a group of Italian friends, continues to engineer high-quality race machines; twin-cylinder GP four-strokes just like the ones his father built and raced in the 60s. These are not replicas; they are built by the current Mr Pattoni, ably assisted by technician Andrea Realini and designer Ing Enrico Zelioli in the Pattoni workshops in Milan.

To date 10 of the high-revving twins have been built and considering the short development time, and limited resource to carry out track testing, which is the ultimate measure of any race bike, they have been successful.

Brit John Biggs was bold enough to lay down his money on the first customer bike off the line, and has been delighted with his purchase. Although John uses his Paton in the main for parading at events across Europe he is still a quick rider and uses it hard. He also has the occasional outing in the Grab the Flag classic race series that runs on mainland Europe.

Roberto and his team used John and his bike for development purposes and for a prototype race bike it has proved very reliable. I was lucky enough to ride one in the TT Lap of Honour last year and can vouch for the twin’s potential, with a definite speed advantage over most quick singles. It also has the best of arrow-straight Italian handling.

Italian enthusiast Giovanni Cabassi, who has a love affair with the Isle of Man, put TT veteran Steve Lindsell on his own Paton for last year’s Senior Classic Manx Grand Prix and a fairytale run-away victory was thwarted by an oiling problem, when Lindsell had a full minute lead after less than two laps. 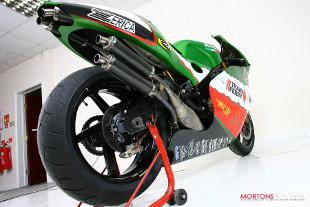 With a full 12 months’ further development under their belts the team return to the Island this year with a serious chance of victory, which would be just reward for the work put in by Roberto and his friends and a fitting tribute to the privateer dream started by his father all those years ago.

Taming the beast
Don’t let any mere mortal tell you how hard they have ridden a 500cc Grand Prix bike. They, like me in this year’s TT Lap of Honour, can only have been sitting somewhere in the middle of it and been taken along for the ride.

My dream chance to ride the Paton PG500R should have been written up as a Classic Racer race test, but that would have been conning you the reader. Just study the statistics to get some idea of what I mean. The bike weighs in, wet, at around 139kg. That’s slightly less than an Aprilia RS125R road bike. It produces, wait for it, 190bhp at 12,000rpm, that’s more, far more, than any of today’s Supersport 1000cc road bikes.

But it’s the way it makes that power that boggles the brain. To make forward progress without too much drama you need to keep the rev counter above 7000rpm, which is when things start to happen. Sounds easy? My first ride on the Paton was up the main runway at Jurby in the Island, and with high TT gearing fitted. Trying to drive away, without damaging the clutch, saw the needle drop to 6000rpm with the clutch fully home. Oh dear! What a mistake. As soon as the needle hit 7000 the front wheel lifted and the only way to bring it back down was to stab in another gear. Where was the rev counter needle? You’ve guessed it, 6500. 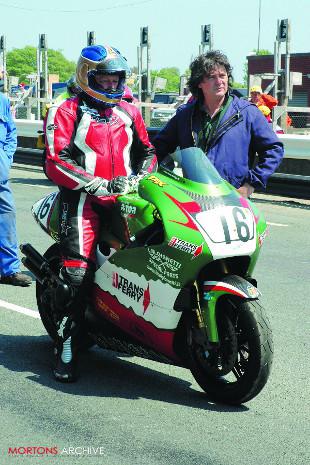 This series of ungraceful, unintentional, wheelies continued the full length of the runway and right into top gear. The only saving grace was that the end of the strip came up quickly, very quickly. But that wasn’t a problem, as a gentle squeeze of the front brake almost had me over the front, and this was with the steel discs fitted, not the GP carbon items.

I admit with a little practice my technique improved, but even when measured against Yamaha’s mighty TZ750, which feels like a kitten by comparison, the GP Paton was an animal.

The Lap of Honour proved something of an anti-climax, with the parade speed controlled by a travelling marshal. It was hard for the lads on Manx Nortons to run at such a slow pace, but on a genuine GP racer it was impossible. By Ballacraine I had given up, and only used two gears.

But Roberto and Giovanni Cabassi, who owns the PG500R, have promised me another ride, perhaps on a European circuit, so I still hope to be able to give you a more accurate feel for what it is like to ride the last of the great privateer GP bikes. 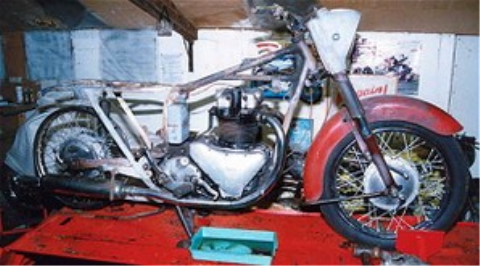 Ariel Huntmaster rebuild: 13
This is it. This really is The End. All twelve-part series should have at least thirteen parts, don't you agree? And this is the last. I think I'd have to commit either ritual murder or ritual suicide if I wrote any more about this once-singed motorcycle. Frank Westworth looks back over the rebuild and considers whether all the work was worth it...
Features - Frank Westworth, words and pics 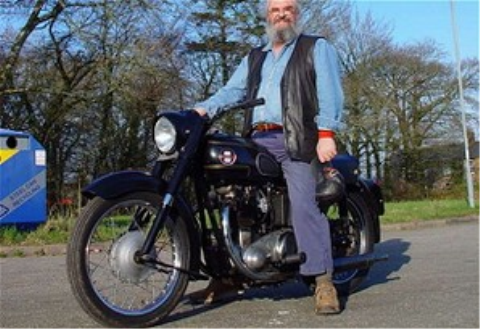 Ariel Huntmaster rebuild: 12
The End. It's been over a year, but now The End is finally at hand. Frank Westworth rides his rebuild...
Features - Frank Westworth, words and pics
Three wheelers
Morgan's JAP-powered Aero and a James delivery truck are more like motorcycles than you might think...
Features - Roy Poynting 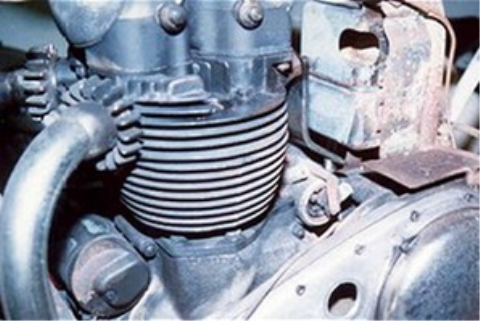