By the late 50s, ‘hot’ twins were the machines that young ‘tearaways’ aspired to. Triumph marketed the Bonneville, BSA the ‘Rocket’ range, Norton the Dominator 650SS, Royal Enfield tried to get involved with their Constellation while AMC – Matchless and AJS – produced the ‘CSR’.

Somehow, the CSRs have always looked ‘different’ to the other hot twin s of its period. To my eye, the Matchless and AJS big twins always looked more ‘off-road’ than road race – something I can’t really explain logically, but I think it’s just that the frame looks closely related to the famous off-road machines from the factory during the period. Whatever, there was sporting pedigree there – proved on Tarmac too – with in the lineage not only successful ‘proddie’ racers, but the 500cc twin-cylinder G45.

Stafford garage owner Dennis Bunning owns this fabulous G12CSR; his motivation for buying the sporting twin was that he owned one back in the 60s. 61-year-old Dennis – an enthusiastic member of the AJS and Matchless Owners’ Club, who he praises for their help and on whose stand the CSR was displayed at Stafford alongside his stunning G45 – acquired the CSR in 2005, after which it underwent a one-year restoration, emerging as the gleaming example you see before you. 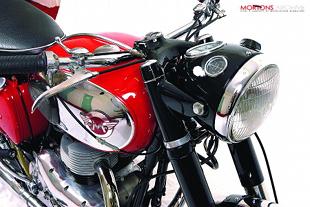 Matchless announced their first parallel twin for 1949, in the form of the 500cc Matchless G9 and sister AJS Model 20. There were – as was by now company policy – minimal differences between the two; it was a situation that was to continue throughout the life of the firm’s twins. The capacity increases began around 1954, with the 550cc Matchless G9B, then the 1956 600cc Matchless G11 (AJS Model 30). In 1958 the CS and CSR designations first appeared, applied to both the 600cc Matchy and the Ajay. The CS was a sports scrambler, with high-compression engine and tailored specifically to the wants and needs of the US market. The CSR used the high-compression CS engine, but with roadster tyres and fuel tank, making a high-speed roadster.

Modifications to the model were to continue – for example, new sister company Norton forks and hubs were adopted in 1964 – while the final Matchless/AJS-engined CSRs left the factory in 1966.

More Stories
Road Test: AJS Model 16 Trials Special
Every now and then, something which leaves you a bit surprised comes along. This AJS – despite looking outwardly fairly standard – is one of those things, having had untold hours and endeavours laboured upon its recreation...
Features - James Robinson, pics Nick Haskell 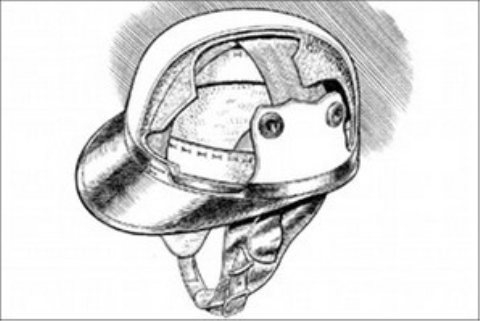 Iconic accessories: Get ahead, get a hat
As it is 40 years ago this month since the helmet law was introduced it’s worth pointing out that not everyone was so keen on wearing a safety helmet in the early days...
Features - Tim Britton 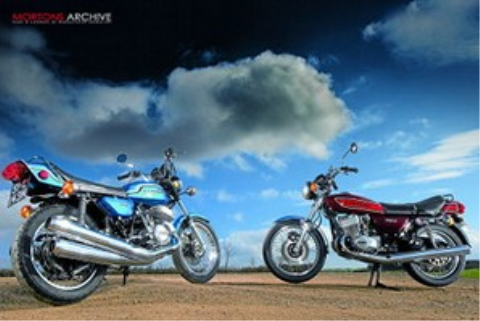 Road Test: Kawasaki 750 H2 triples
Kawasaki's potent H2 wasn’t the first two-stroke triple but it’s now probably the most sought after. Prices have rocketed in the last few years. We ride them again to find out why...
Features - Ben Wilkins, pics Paul Bryant 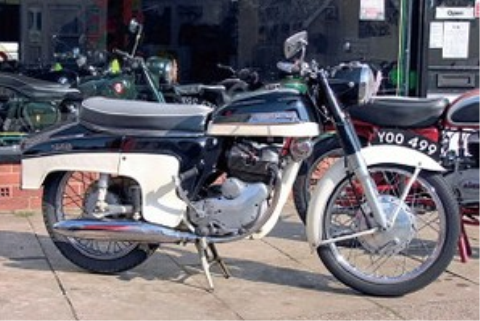