Triumph in particular was so associated with the twin pushrod unit that many believed it had invented it but in reality Edward Turner had only developed the concept to its ultimate end.

So, with a new power unit needed, Triumph turned to its fabled designer Turner and he came up with… a vertical twin.

This one was a bit different to the Speed Twin he designed in the 1930s but no less eye opening in concept. A double overhead cam twin but instead of both pistons rising and falling together, the new unit had them at 180º and was of much squarer dimensions for higher revs.

An attractive looking engine it was to form the basis of a new range for the BSA/Triumph group but it didn’t really get a chance as the group was on the edge of collapse and barely had funds to produce what it was doing already. However, there was a lot to commend what was designated the Bandit as it had the magical ohc feature that the world now thought it needed while with twin cylinders it was reassuringly Triumph. Few were made, all were pre production prototypes and by the admission of the development engineers ‘needed work’ before they could be a production engine. 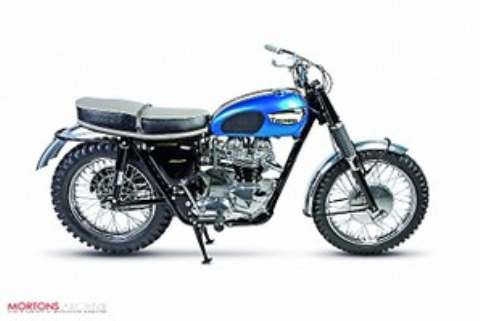 Reference: Triumph TR6SC
Triumph's TR6SC was ostensibly a single carb version of the TT Bonneville, sharing many of its basic components, and this is probably the best example you'll set eyes on...
Features - James Robinson, pics John Wilkinson 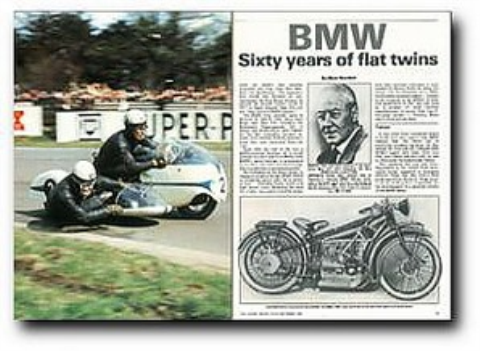 Road Test: BMW R12
This mid-30s BMW, despite being 80 years old, has earned an enviable reputation for its capabilities as a touring machine and is still more than capable of covering vast mileages, just as its maker intended when it was originally produced...
Features - Andy Westlake, pics Nick Haskell 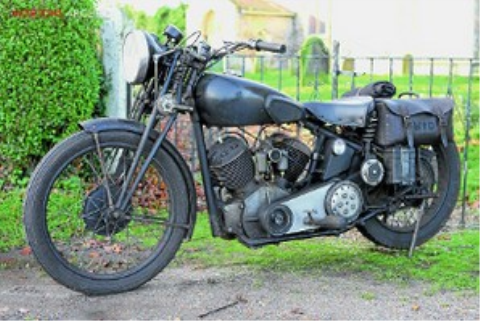 Road Test: Ariel-JAP special
There are those among us who prefer practicality over aesthetics and are skilled enough to be able to make something from ‘a mishmash of unrelated parts.’ What’s more, said parts don’t necessarily have to have originated from another motorcycle... but a rotavator?
Features - Jim Reynolds, pics by John Wilkinson
Historics at Brooklands
After a number of successful car sales, Historics at Brooklands included a motorcycle section in its recent June auction. The bike lots raised over £150k and could go much higher as a Black Lightning with an estimate of £105,000 - £140,000 is under offer...
Features - Alan Turner