If you're a regular at the classic motorcycle shows, you may recall seeing a young lad charging around the edges of the field on a tiny Harley-Davidson X90 mini-bike. The bike belongs to Mick Hall and his son, Jack. Mick has a lifelong passion for bikes of all varieties, and young Jack's interest in bikes has spurred dad on to adding this star tiddler to his collection.

Despite the H-D logos this X90 is, in fact, an Italian bike, the only connection with Milwaukee coming from the business deal brokered between Harley-Davidson and Aermacchi back in 1959 which produced a range of Harley-Davidson-badged Italian two-stroke tiddlers.

At the time Harley-Davidson, and their owners AMF, were looking for ways to increase their model range and attract riders to the brand, riders whom they hoped would later progress to buying the monster V-twins for which the company are famous. The entry-level bikes launched in the early 70s comprised a series of two-stroke singles, stylishly presented with trail bike styling, in capacities from 90cc to 250cc, with 125cc and 175cc variants in between. The X90 was manufactured from 1973 to 1975, though the larger two-strokes struggled on until 1978 before Harley sold the factory to Cagiva, who simply rebranded and continued to sell them.

This 1975 X90 is, therefore, a pretty rare beast, and it was only through Mick’s extensive Harley contacts (he has examples of the big V-twins in his collection, too) that he heard of this one for sale at AGB Motorcycles of Southport. Mick describes AGB as ‘a treasure trove of old bikes, cars, bicycles and trucks that Alan Birtwhistle collects on his travels in the USA - always worth a look!’

As bought, the bike was very tatty and had been crashed. "But I couldn't resist it, so I took it home with me," says Mick. Both the forks and the frame turned out to be bent, and Mick spent ages sourcing parts from Sweden, Italy and the US to complete the full restoration including the gearbox, which had been run dry.  He did all the rebuild work himself, other than the paintwork, which was carried out by Simon Snowball. Saddlecraft (0191 4550467) handled the seat reupholstery to complete the job.

Mick is pragmatic about the bike, which he admits is too small for him to ride comfortably. I tried the bike out at Lotherton, and it almost disappeared under me when I sat on it, so I know how he feels. But it suits Jack perfectly.

How other young lads must envy the pulling-power of owning your own Harley, when most of his school chums are obsessed with computer games.

But Mick is enthusiastic about the design and build quality of this rare tiddler. "It has miniature Marzocchi forks, stainless steel mudguards, beautiful cast alloy hubs and brake plates, adjustable footrests and handlebars which fold flat for transporting. It produces 10bhp, and is good for around 60mph."

Such is Mick’s enthusiasm for the bike, he's now tracked down another one to restore. "It should be easier second time round," he reckons.

Harley-Davidson and Aermacchi
Looking to expand their range into smaller bikes, Harley-Davidson bought a 50 per cent interest in Aermacchi (Aeronautica Macchi SpA) of Varese, Italy, in 1959. The first Harley-Aermacchi was the 250 Sprint, a four-stroke flat single,  announced in September 1960, which won a 1-2-3 at the Santa Fe AMA short track championship races. Walter Villa went on to take three 250cc and one 350cc crowns between 1974 and 1976 on Varese-manufactured two-stroke twins. This paved the way for a range of two-stroke road bikes that, in 1968, became the 125 Rapido, evolving into the SS and SX 175 and 250 models in 1974. The first mini-bike was the MC-65 ‘Shortster’ of 1972, which grew into the X90 the following year.

Relations between Milwaukee and Varese were often strained, and poor parts supply for the Italian bikes in the US market led to some disenchantment among Harley dealers. Varese couldn't compete with the growing numbers of Japanese bikes and, after failing to sell in significant quantities, Harley pulled out of the relationship in June 1978. The factory was bought by Cagiva, which went on to produce 40,000 machines a year by 1981. 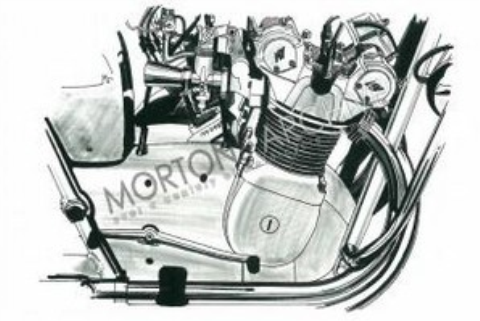 MV Agusta engine profile
From fabled racing machines to fabulous road burners, this four cylinder engine has powered them all. Tim Holmes runs through the development
Features - Tim Holmes
Top 20 two strokes, part one
Brian Tarbox's top 20 Japanese two strokes between 1960 and 1990. If you disagree, make your voice heard on the forums! In part one we look at positions 20 to 11...
Features - Brian Tarbox 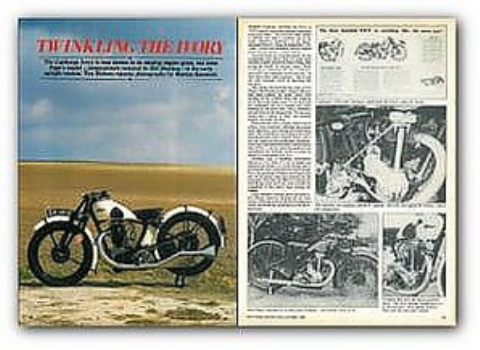 Calthorpe Ivory
The Calthorpe Ivory is best known in its sloping engine guise, but John Pape's model is the early upright version. Either way the company gained immediate acclaim from the motorcycle press and bike-buying public because of the machine's clean and attractive design...
Features - Tim Holmes, pics Martyn Barnwell 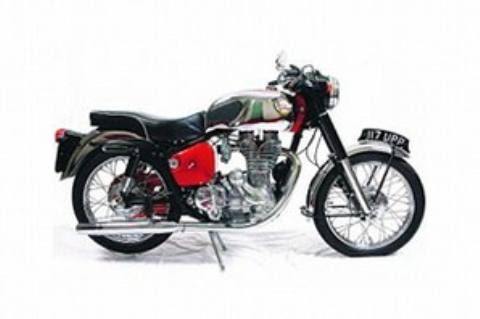