Cheltenham-based engineer Dave Lee is an Excelsior Manxman fan, of that there’s no doubt. This rare 500cc is one of a quartet of the high quality cammies that Dave owns, with among the others an ex-works 250cc example. Coming from an Excelsior-enthused family, Dave inherited his Manxman from his late father. Lee senior had owned this 500cc version for 40 years, it taking five years to be restored.

The Manxman was designed as a direct replacement for the complex four-valve twin carb Mechanical Marvel, on which Syd Gleave won the 1933 Lightweight TT. However, after that performances dropped off and a rethink was ordered.

More simple design
What emerged was the Manxman, an altogether more simple design, first shown at Olympia 1934, in 250 and 350cc sizes. It proved, capable of spirited performance, particularly in 250cc form, claiming a first big win when Denis Parkinson won the 1936 Lightweight Manx GP, the first of three successive victories for the Manxman/Parkinson combination. And proving that old adage ‘win on Sunday, sell on Monday’ demand increased.

However, Excelsior had a problem – Blackburne, which had been building the engines (incidentally, it also built the Marvel engines), announced it was stopping at the end of 1936 so Excelsior, due to having financed much of the engine R&D, claimed the drawings, patterns, dies and tooling and brought the project ‘in house.’

Meanwhile, the smaller version continued to excel on the racetracks (although the one and only 500cc racer was prepared and used by Tyrell Smith in the 1939 TT; it retired) but other Manxman successes included Parkinson’s MGP wins and TT runner-up spots in 1936, 1937 and 1938, while Tyrrell Smith also won the 1936 European Championship, thanks to victory in the German Grand Prix. It all proved vindication of Excelsior’s decision to ditch over complication in favour of simplification.

More Stories
THIS WEEKEND! The Carole Nash Great Scottish Bike Show
It’s set to be a highlight of the motorcycling summer… the Carole Nash Great Scottish Bike Show takes place on the weekend of August 9-10 in its new home, the Royal Highland Centre near Edinburgh. Modern and classic machines in one superb celebration of biking!
Features - Web editor
Road Test: Triton test
When standard just won’t do, in comes the special builder with the Triumph-engined, Norton-framed 'Triton'. It’s not an easy route and it is quite possible to create a dog of a bike, but not in this case as Phil Mather finds out...
Features - Phil Mather 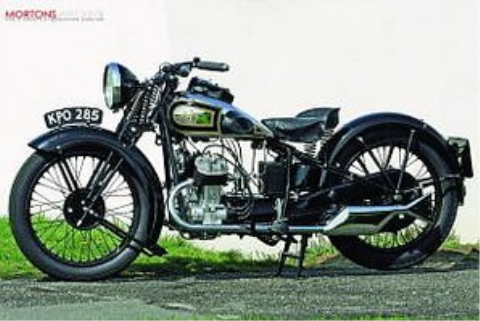 Road Test: AJS Model S3
The AJS S3 was a bright and bold new design from AJ Stevens of Woverhampton. Unfortunately, its release couldn’t have come at a worse moment...
Features - Roy Poynting, pics Terry Joslin
South Liverpool club gymkhana, August 30, 1930
The South Liverpool Motorcycle Club found a novel but not entirely unexpected way of injecting some more excitement into an egg and spoon race on August 30, 1930 - by seating the brave participants, spoons and all, on their motorcycles...
Features - Michael Barraclough
Download the Classic Bike Hub app