Mills wrote: “In the motor cycle movement this is a sprinkling of enthusaists who derive almost as much pleasure from building machines as they do from riding them... and they are not happy unless able to ride something that is distinctly, ‘one off’.

“The popular name for this happy breed is ‘bitza-builders’ a title that seems a little wide of the mark. The home-built model is usually a beautifully prepared machine and more often than not, expense is a secondary consideration in its construction.”

This sidecar outfit was built by Gordon Rowe from Willesden. In 1950 he found a 1931 596cc overhead valve Rudge which, though not in great trim, still performed well enough to convince him of the machine’s potential.

The engine was removed from the frame and sent to the Technical Rebore Service for a complete overhaul. Rowe meantime worked on the cycle parts and since the original Douglas fork had been wrecked in a crash, he replaced it with an old AMA Telehydraulic front end that fitted the steering head perfectly.

He then fitted an Ariel front wheel and brake and the original front mudguard was panel beaten back into shape and then resprayed.

With the engine back in the frame, Rowe decided to scrap the old Douglas three-speed gearbox and replace it with a 3W Triumph gearbox and clutch which was fixed in the same angle of the frame, below the saddle. The gearchange pedal on the Triumph box was modified and linked by rod to the a second pedal mounted at footrest level.

The linkage though meant relocating the oil tank. Rowe fabricated his own and placed it under the fuel tank, just above the front cylinder.

More Stories
Road Test: Norton International Model 30
The overhead camshaft Norton is one of those motorcycles; it looks fast standing still. It could go a bit, too...
Features - Roy Poynting, pics by Terry Joslin 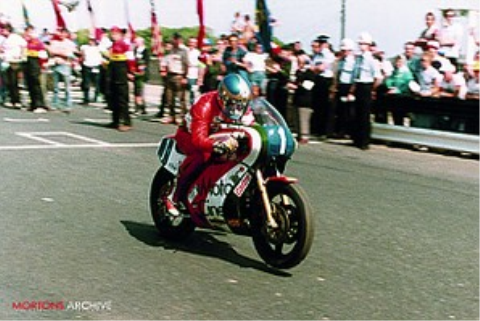 Ducati TT2 part one
In a cross between a fairy story and a romantic novel Malc Wheeler tells the tale of the Moto Cinelli Ducati TT2 and his reunion with it 25 years on. Rose tinted spectacles are required to enjoy this story to the full
Features - Malc Wheeler 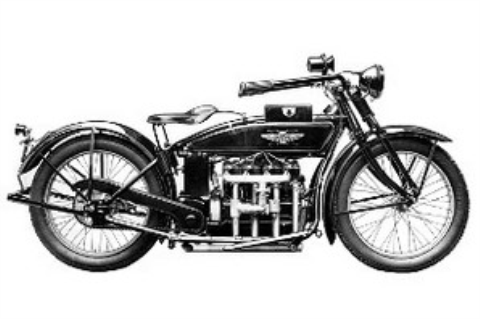 Henderson guide
Rare, sought after and well engineered. The Henderson was a fast motorcycle, adopted by police forces in vast numbers...
Features - Tim Britton
Reference: Super Onslow Special
SOS machines of any age are few and far between, as they were built in such limited numbers. So the even rarer vintage-era machines fall into the 'hen's teeth' category…
Features - James Robinson, pics John Wilkinson
Download the Classic Bike Hub app