BMW had reason to be continually grateful for the police buying its motorcycles, as by the time of this photograph, the company was seriously considering giving up motorcycle manufacture as times were so tough – in 1957, just 5400 machines were sold; as recently as 1954 30,000 had been shifted. 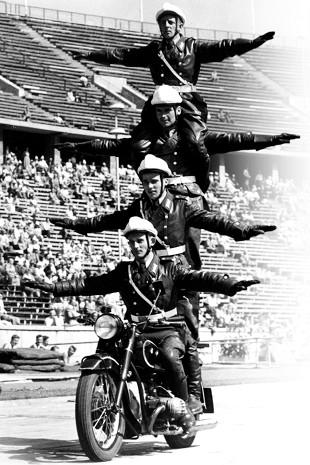 Indeed, things were so dire that in 1959 Daimler-Benz nearly took over BMW but the BMW 700 (a stylish microcar powered by an engine derived from the 600cc motorcycle unit) managed to turn the tide and with the new 1500 and 1800 car series coming on line, a corner was turned.

West Germany itself was the subject of the post Second World War ‘Wirtschaftswunder’ or economic miracle, as the country rapidly, amazingly re-established itself as a financial world power. By the late 1950s, West Germany was thriving again and although BMW had endured a dip in the middle 1950s, it was, of course, to go and thrive to become eventually the manufacturing superpower it is today.

The Olympic Stadium (built 1934-36 for the Berlin Olympics) was during the 1950s used for a variety of displays and jamborees, before football team Hertha Berlin moved in during the 1960s. Redeveloped, it still hosts football, sporting events and music concerts today. 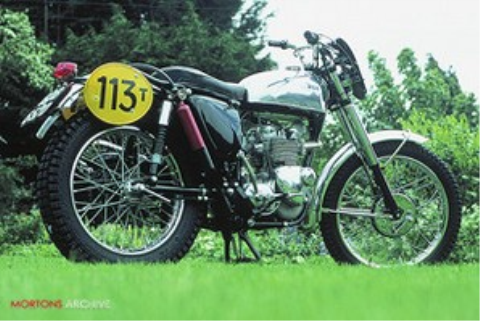 Road Test: ISDT TriBSA
Ridden by Arthur Lampkin in the 1966 International Six Days Trial, its one and only event, this slightly uneasy alliance between industry giants Triumph and BSA resulted in an ISDT Gold medal winner. Andy Westlake takes up the story...
Features - Andy Westlake, pics by Nick Haskell
TriBSA profile
BSA and Triumph were the undisputed leaders in the 50s motorcycle market, though some individuals decided to take parts from each manufacturer to fabricate their own ideal machine...
Features - Roy Poynting, pics Terry Joslin 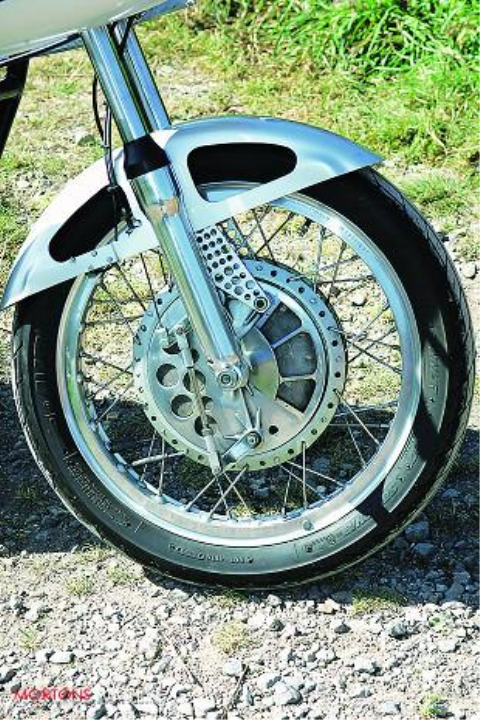 Road Test: Seeley-Velocette Thruxton
At the risk of offending Velocette purists everywhere, I have to suggest that their revered Hall Green machines handled well in spite of their frames, rather than because of them. And it can be improved upon, as this fine Seeley example demonstrates...
Features - Roy Poynting, pics by Terry Joslin
BSA brake-through
The later pre-unit BSA twins and singles suffer from a spongy and unsatisfactory back brake, mostly down to the cable operation and the company's policy of using whatever parts came to hand. But they can be improved...
Features - Andrew Wilson
Download the Classic Bike Hub app