I’ve got to admit that by this point I’d expected to have the bike in a much prettier state than it is. The intention was to have the frame painted, lights sorted, engine rebuilt and all that sort of thing. Unfortunately, life doesn’t always work that way and the death of a parent shortly after the last issue came out threw plans out of the window and meant regular trips to the north of England to sort out the affairs that always need to be done at times like this. So, the Can-Am looks like it has progressed little since part three.

In the way of these things, the good intentions were there and the engine was pulled apart ready for inspection and painting of the cases. Being made from magnesium, the engine castings need some form of coating on them or they will soon deteriorate and look as though metal moths have been at them. This is where the rebuild faltered.

It never occurred to me that magnesium needs a bit more than just spraying with some aerosol paint. Chris Clayton at CC Clean Carbs had offered to treat the cases to a deep cleansing session with his soda blaster and sonic cleansing bath which would shift all the gunge and rubbish built up over the years that the Can-Am had been stored. So far so good.

A casual mention to a paint supplier, for some satin black case paint, brought the comment: “Rotax engines, aren’t they magnesium?” Yes... and? “Oh, well, it’s notoriously difficult to get paint to stick to magnesium unless it’s been treated.” Ah! In the end though, the satin black we got worked well and before you all ring/email or collar me at shows, we’ll tell you what it is as soon as the supply chain is back on track. 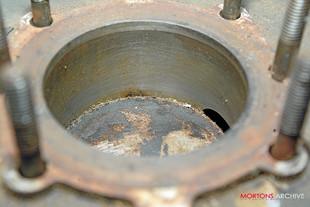 Now it’s time to make an admission. The idea of this rebuild was to prove that it is possible to do these things on a budget and not ship everything off to someone and pay out a wodge of readies. Time, however, has overtaken me for reasons mentioned earlier. There was also a liability factor to consider. Liability? Yes, liability. Thanks to the modern compensation culture where unscrupulous people will sue anyone for anything organisations like Mortons have to take the possibility of litigation seriously. It’s not just us, have you ever wondered why event scrutineering is much more basic than it used to be? No organiser wants to be in the position of having said a bike, that falls apart and injures its rider, was ‘safe’ to ride.

Or why there are those ‘danger, deep water’ or ‘no swimming’ notices at the side of open bodies of water?

Not to stop you doing it but to show a court that a warning was given. So, with the plan being to give this motorcycle away, it was suggested that the engine rebuild be tackled by one of our advertisers – a Can-Am specialist. This also pulled me out of a time ‘hole’ as there were other things to do.

A coat of many colours
There has been some discussion lately as to the colour scheme we’re looking at for the Can-Am and current favourite is the blue and silver ‘look’ that is very 1970s. Problem is the plastics on our machine are army green, well, NATO green to be exact, and won’t sit well with a silver frame. There are replacements available in white but naturally we want blue to add a bit of colour to the machine. Plastic is tough stuff to paint as traditional stuff won’t adhere to it. Luckily there are modern paint types available that are more suitable for the hard plastics that are a feature of modern cars. Most people in the UK will have a Halfords superstore near to them and it has a small range of paints suitable for the colouring of car bumpers, they also work well on plastic mudguards. 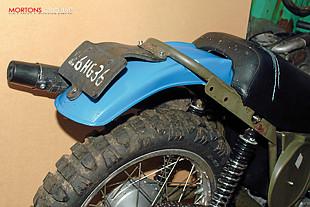 One of the colours available was a rather nice blue. So, we got hold of a tin and tested it out on the old shabby rear guard to see what it would be like before we started to spray new plastics. Given that the base colour was a dull and faded green and that often this can affect the way the top coat looks, the result was very impressive. When coating a white guard and side panel the results should be even better.

Just before the MoT, like most people would do, I gave the Can-Am a ‘once-over’ visual inspection to make sure there were no obvious faults like loose bolts. During the visual I noticed a few holes in the end cap of the silencer. These were not holes that should be there so I thought I’d pull the cap out and have them fettled up. Unfortunately, it was stuck fast and in the end I did so much damage to it that I had little option but cut it out and then take the silencer to our local car repair/fabrication place run by Duncan Burton. Duncan is a motorcyclist too and was familiar with the Can-Am. Even better he had a piece of tube that would do as a replacement. It didn’t take him long to sort a new bit for the pipe and bring the noise down to MoT pass levels.

We’re on the road
Even though this enduro bike is unashamedly ‘off-road’ it will still have to be on-road at some point in its use, if only as a ‘just in case it snows and the editor needs to get in to the office’ sort of duty. When the bike came along to us it was on a military registration but we needed to get it all legal for the UK. Luckily our sister publication, Old Bike Mart, carries a regular column by Mike Worthington-Williams. Mike specialises in solving registration problems for enthusiasts who unearth classic motorcycles from barns and sheds and subsequently need to gain or retrieve a registration number for the finished machine. 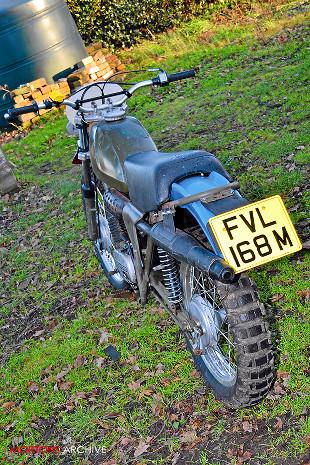 It isn’t a particularly difficult task to get a registration document for a vehicle, but it has to be done a certain way. First and foremost is an MoT. As there’s obviously no registration mark the local friendly tester at Clarkes used the frame number and we reasoned it was a 1974 machine, or certainly based on the 1974 T’n’T. Apart from a slight hiccup with the horn – I thought a bulb horn was still okay for 1974, but the law says constant tone electric – which was solved by a frantic dash to the local cycle shop where a mountain bike hooter was purchased for a couple of quid.

Next we needed a dating certificate and filling in the application for the V5C, which is where Mike comes in. With his official letter of age confirmation and a dating certificate, the next stage was to find the engine number... oh boy! Was that ever fun. As the editorial eyesight isn’t quite what it was, and the engine number is tucked away near the swinging arm spindle, it took several goes to confirm the correct number but we got there in the end. Armed with the relevant certificates – insurance, MoT, dating and the V5C application – the next stage was a visit to the friendly local DVLA office to arrange a vehicle inspection. This is a basic inspection to ensure that the machine presented is one represented by the documents and all the numbers match up.

I found the inspector quite easy to deal with and had no hassles at all. In fact the Can-Am didn’t even need to be taken off the trailer. It was clear the lad had inspected other ex-military machines as he didn’t need to be told what it was. He also explained that that if there had been an army release certificate with the bike then I wouldn’t have needed a dating certificate, or a V5C application and probably not even an inspection. After looking the bike over, we went into the office and a ‘number confirmation’ certificate was issued. This would allow me to get a number plate made up without the need for a registration document which would take a few days to arrive through the post. 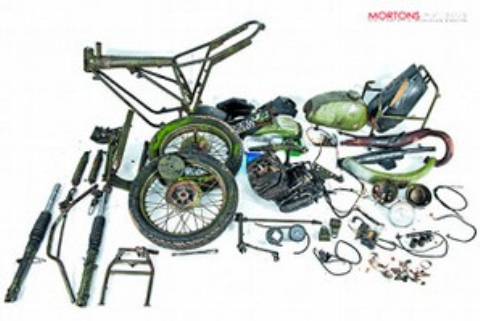 Workshop: Can-Am 250cc rebuild: 2
Is off-road sport too expensive to get involved in? “No!” we yelled out loud. Classic Dirt Bike reckons it’s possible to get up, running and on the start line for a grand – or £1000 if you prefer – and set out to prove it. Tim Britton takes up the story...
Features - Tim Britton 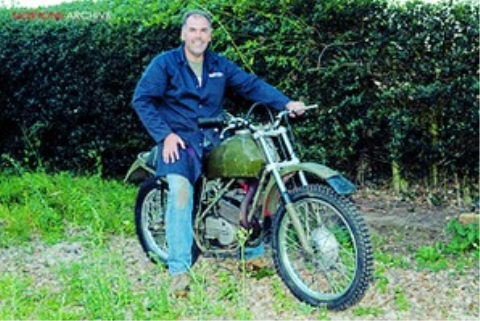 Workshop: Can-Am 250cc rebuild: 3
Getting involved in off-road sport doesn’t have to be expensive and we’re going to prove it with a grand idea. Tim Britton rolls up his sleeves for the third instalment of our project Can-Am rebuild...
Features - Tim Britton 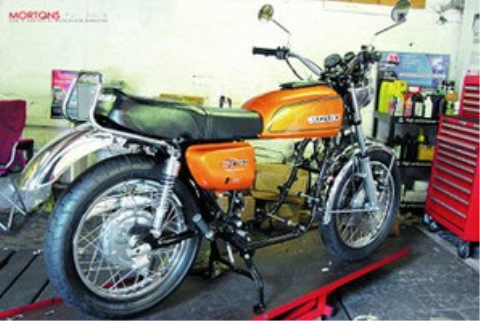 Workshop: Suzuki GT750: part two
In part one Rod Gibson started the reassembly of our project 'Kettle', Suzuki's three-cylinder two stroke GT750. Now the wheels can go on to the chassis, and the engine begins to take shape...
Features - Rod Gibson

Workshop: Suzuki GT750: part four
Our project Suzuki 'Kettle' GT750 is finally back together and running sweetly. Rod Gibson heaves a sigh of relief, and takes it out on test...
Features - Rod Gibson
Download the Classic Bike Hub app