Back then we rode 600s or 750s and dreamed of a big GSX-R, even though we couldn’t master what we had. 20 years on our dream machines are cheap as chips.

Abused, neglected, saggy shadows of their former selves. Japanese engineering means that they’ll still do 150mph, of course – but the wobbles and weaves from 20 years’ neglect soon put a stop to that. Time to rescue an old dog. 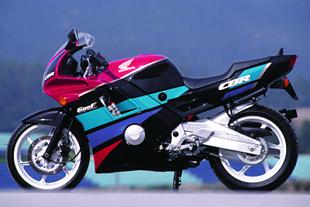 Honda CBR600FM
Possibly the best road bike in the world ever. Yes, really. The 1991 CBR600 got the balance between sports and comfort, between road and race replica absolutely right. And it did it with style. Reliably.

The CBR was slightly faster than the opposition, slightly lighter and very stylish. But Honda had built in longevity too. Eight years later not much had changed but the CBR was still a best seller and still winning races.

Fast enough to keep up with anything if you revved the bejeezus out of it. Reliable too over the most enormous mileages and with enough in hand to allow the tuners to get 25% more power out of them and still not blow up. The simple but quality suspension gave both road holding and ride quality (and stayed like that for years) and the brakes were both novice friendly and racer good depending on what pads you fitted.

Almost everyone owned a CBR at some point, although for many at the time we saw it as a stepping stone to a bigger bike and so they don’t hold the same memories as, say, our first GSX-R.

But with age comes smartness and every time I see one advertised, the wallet starts twitching. Because now, as then, the CBR600 does everything I could ever want a bike to do. 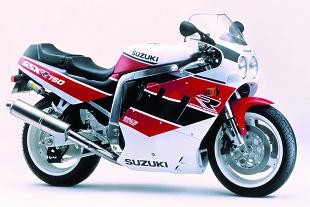 Suzuki GSX-R750
Meet the old boss. The first ones are the priciest right now, but it’s the Ls and the Ms that are the coolest. Upside down forks were a big deal in 1990 and for many of us, they still are. So the short stroke Js and Ks are forgettable, the early Fs, Gs and Hs are ok till you ride one but the Ls and the Ms are the bikes to go for.

Brushed alloy cradle frames and spartan, race cockpits. Riding positions you wouldn’t wish on Michael Barrymore (with Simon Cowell riding pillion) and an engine that made you sweat. 105bhp never felt like such hard work, but air-cooled GSX-Rs have always been like that. Designed to make you feel good about every mph gained. Who knows how many potential combinations of suspension settings there are, but the previous owner will have mucked about with them until it handled so badly they gave up and sold cheap.

Yamaha FZ750
The FZ pioneered the big airbox and canted forward engine design. Five valves per cylinder gave exceptional gas flow and the perimeter frame was the shape of things to come. But Kawasaki’s GPz900R had more performance and Tom Cruise and Suzuki’s GSX-R had the race look. Hopefully.

Kawasaki ZX-7R
The ZX-7R was heavy, underpowered and prone to the odd jittery moment on fast, bumpy roads. But it looked the business, sounded like a proper sports bike and seeing Akira Yanagawa and Chris Walker riding the wheels off one for ninth place made everyone want a ZX-7R. 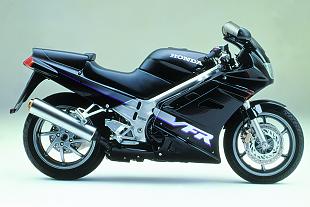 Honda VFR750
Twenty-five years of outstanding mediocrity... Okay, that sounds like an insult. But it isn’t, The first VFR back in 1986 was a top flight sports bike. With added Honda-ness. So as well as being the first bike with an alloy beam frame, faster and more powerful than a GSX-R and finishing third in an international superbike race in road trim with a tax disc, it was comfy, reliable and built to last at least 25 years.

Subsequent VFRs got slightly more powerful and heavier. By 1990 the Honda felt bland after a GSX-R. 20 years on, that same GSX-R will be sluggish and saggy – the VFR will feel like it was made last week. Purists reckon the last models (94-97) are the best. I’d disagree. The 1990-93 bikes might be heavier and slower, but they’re better built than any other Japanese bike ever. The Rolls-Royce of sportsters. Check them out.

Yamaha FZR600
Billed as a four-stroke 350LC, the 1989 FZR had the same hooligan attitude and looked like an FZR1000 if you squinted. Spartan, raw and cheap, it felt like what we all imagined a racer – a proper racer – would. Ok, so the deltabox frame was steel, not alloy and there was no EXUP, but just look at it. Gorgeous. Not many left now. 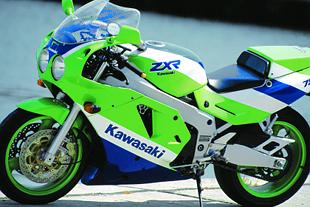 Kawasaki ZXR750
Half the price of an RC30 in 1989, but all the performance and even more attitude. Kawasaki buggered up the hardcore image by restricting the beautiful J model to 100bhp (it only made a fraction more unrestricted) and then painted the Ls and Ms like a golf sweater. Early machines will be classics. Cheaper than ever right now though.

More Stories
Road Test: Velocette LE/Valiant Special
This Velocette Special takes the engine from the LE and slots it into the rolling chassis of the Valiant, creating a tidy little lightweight...
Features - Roy Poynting, pics by Terry Joslin 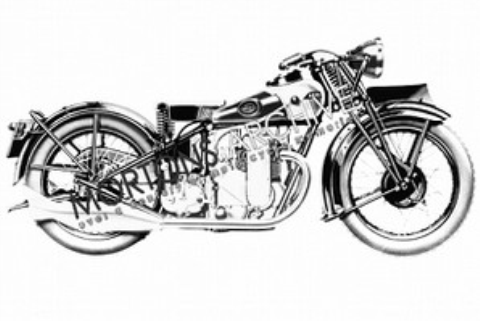 Reference: Ariel Square Fours: which to choose?
In a world of uniform single and parallel twin cylinder machinery, the Ariel Square Four was wilfully different, a machine which refused to conform to the norms of accepted, standardised design practice for nearly 30 years...
Features - James Robinson
Reference: The Hesketh story
British Bike enthusiasts were willing Lord Hesketh to fulfil his dream of building a competitive all-British superbike, but it was not to be. The bikes were badly received and suffered from noisy transmissions and production faults, forcing the company into receivership during the summer of 1982...
Features - Mike Lewis 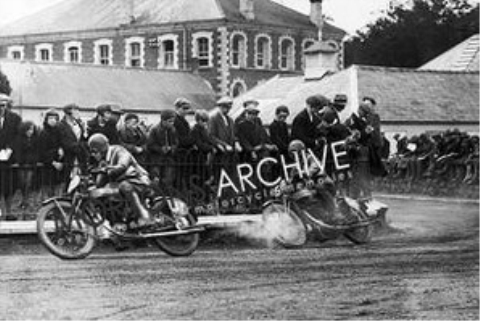