Space for a week’s luggage and 200 miles between fuel stops. Neil Murray reckons BMW got it right when they created the RT for long-distance bikers.

If you ever ask people what they think was the first great purpose-built super-tourer, they’ll generally scratch their chins and mutter something like ‘Gold Wing’ or ‘BMW R100RS’. Some avant-garde soul might point to the Suzuki GS850 or maybe even the Moto Guzzi Spada.

For my money, it’s the BMW R100RT. If you take a modern purpose-built tourer like the Yamaha FJR1300, Honda’s Pan European, or BMW’s RT bikes, in flat twin or four-cylinder form, you’ll see all the basic ingredients are there: a great big engine, a large integrated touring fairing, comfortable sit-up riding position and integrated luggage combined in a package designed to carry rider and pillion at high speed for 200 miles between fuel stops.

The original BMW R100RT first appeared in 1978 and caused some confusion. Here was the big-valve engine that powered the RS but with a massive fairing and large wide handlebars. In fact, so protective was the fairing that BMW even fitted little circular car-type ventilator valves to allow the rider to regulate the cooling breeze. Oh, and there were lockable stash boxes inside the fairing too, BMW being about the first company to realise that a fairing didn’t have to be just a glass-fibre shield but something that could be made to perform other tasks.

It was quickly evident that BMW had again carved itself out a niche with the RT. There was nothing, literally nothing, else on the market that came close to it in concept or execution. In fact, you really had to go back a quarter of a century and the Vincent Black Prince before you found an equivalent.

It had plenty of power, for the time. The massive fairing knocked down the top speed maybe 10 mph from the RS’s top whack of 125 and the RT pulled slightly shorter final drive gearing to compensate for the extra drag. You could have all the usual BMW optional extras, although the accessory list wasn’t as comprehensive as it is these days. Luggage for a week could be slung in the panniers (still an optional extra themselves, mind) and then you were ready to set off anywhere you fancied. 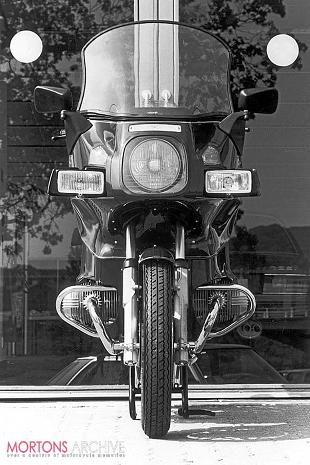 Cruising speed was an easy 90 mph, maybe even 100 if you were prepared to ignore the slight signs of strain from the engine (at 980cc the old boxer lump was definitely over-stretched), and the easy handling meant you could pick it and lay it down again on twisty roads in a manner completely unbefitting a gigantic intercontinental tourer.

This was slightly counteracted by its tendency to weave at speed. Old BMWs were always very finely balanced machines and the combination of the fairing and the additional weight made the RT prone to gentle snaking at speeds over 90 mph, unless you were very careful with the luggage loading, upped the tyre pressures, and preferably changed the fork springs for something sturdier. The police, in particular, had problems as they bolted on all their radios and extra kit.

As the late 1970s became the early and then the mid 1980s, the R100RT changed along with the rest of the boxer range. It got the light flywheel engine and Brembo brake calipers in place of the old ATE units. At the same time BMW’s famed Kinomatic gearchange system eliminated the old slow clunk-thump that used to accompany every gearchange unless you timed the changes perfectly (actually, this much-vaunted improvement was little more than a bent wire linkage, but it did the trick).

BMW’s self-levelling Nivomat rear suspension units became standard fitment, as did the panniers. Neat little concealed spotlights were fitted to the fairing, activated by levers on either side of the dashboard.

The arrival of the K series fours supposedly tolled the death knell of the old boxers. However, like Porsche, BMW found that killing off an iconic design is not as easy as it looks. Many owners still wanted the simplicity and ease of servicing of the old flat twin designs (never mind that they invariably chucked the bike at a franchised BMW dealer every 3000 miles) and in 1987 BMW was forced to re-introduce the R100RT in its new Monolever guise.

This, unfortunately, was where the rot set in. The original 1978 RT used 40mm Bing carbs to produce 70 bhp. Thanks to emissions (gaseous and decibel) regulations, the new model had 32mm carbs and produced a wheezing 60 bhp, which knocked the top speed down to 110 mph or so. Some recompense was a max torque figure at 3500 rpm instead of 5500 rpm but still, in practical terms, it was hard to push the bike above a ton (although the speedo, ever inaccurate, would have you believe it happened at the drop of a hat) and the Monolever R80RT was actually a better bet.

In its favour, the new chassis was far more coherent than the old. The forks were beefier, the rear suspension unit stiffer, and the frame stronger (and it finally ditched the dreadful bolt-on rear sub-frame). However, the shortening of the wheelbase from 1465mm to 1447mm, and the junking of the 19in front wheel for an 18in hoop, meant that the thing weaved just as badly as ever. Oh dear. Finally, it was even thirstier than the old bikes - never exactly economical machines (considering their performance) themselves.

As with the Monolever RS, the cognoscenti concluded that it was a lemon and the old models were still the ones to have. The RT staggered along before being quietly pensioned off in 1993.

An old RT is a nice bike to ride, though, even now. True, the engine is lumpy below about 3000 rpm and both feels and sounds harsh (especially as a lot of noise gets reflected at the rider by the fairing), but it has a lanky loping gait that enables you to cover ground far faster than you’d think possible. Power delivery between 60 and 100 mph is brilliant: just twist the grip and the RT moves out.

Handling? Well, see above. Set yourself up for a bend and power through it and it does OK. Go into a bend too fast, heavily loaded, on a trailing throttle and it’ll tie itself in knots. 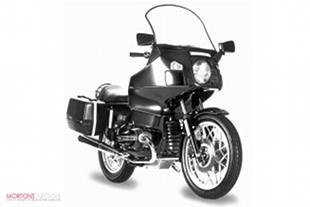 What to look for
Any gearbox rumblings or whinings should be treated with grave suspicion, as should any signs of oil leaks from the engine/gearbox joint. If this is combined with clutch slip, then the main engine oil seal has gone and the gearbox has to be removed to fix it.

Wheel bearings give up the ghost, fork bushes wear, head races die (and changing these on an old boxer is a tedious job, best done with a special tool) and oil weeps from the cylinder bases are common. Odd electrical gremlins affecting the speedo and idiot lights are usually traceable to a dicky fusebox, which is a sod to access as it’s inside the headlight. Aftermarket kits exist to site it inside the fairing. The instruments themselves can simply roll over and die.

Noisy top ends come as standard but they’re noisier if someone has done a top end rebuild and not replaced the rocker box blocks exactly square. Oh, and the charging system on early bikes is not up to low-rev in-town trundling with the lights on, and the battery flattens. And that’s when you find that the bike is practically built around the battery.

What to buy
What you want is something that’s been owned by a BMW enthusiast. You want something with aftermarket fork springs (Progressive is a good brand), a fork brace, electronic ignition if it’s a pre-Brembo model and a Surefoot sidestand (so much more secure than the standard item).

Other highly desirable mods include a twin-plug head (more power and improved fuel economy) and a high-ratio rear drive box as fitted to the 100/S model (better fuel economy and more relaxed cruising). Then there’s the host of usual BMW extras like heated grips, extra gauges, soft luggage, special tools (the big finned spanner for undoing the exhaust pipes from the head is utterly essential) and other stuff.

I’d forget the Monolever models straight away. Too wet, too slow, too thirsty.

The old heavy-flywheel bikes (the ones with the ATE brake calipers) have a huge charm and being an old-fashioned git, I’d try and hunt for one of these - but they’re scarce. On balance, an early-1980s model with the light flywheel and Brembo brakes is probably the best choice.

More Stories
II Mulo Meccanico
In the early 1960s the Moto Guzzi factory produced a three-wheel military vehicle - but it bequeathed to the motor cycle world the now familiar transverse vee-twin power unit
Features - David Ansell
Buying Guide: Ducati 900s
Long wheelbase and lazy steering made cornering with the Ducati slow, but on twisty A-roads a Duke will still give a modern bike a run for its money
Features - Neil Murray 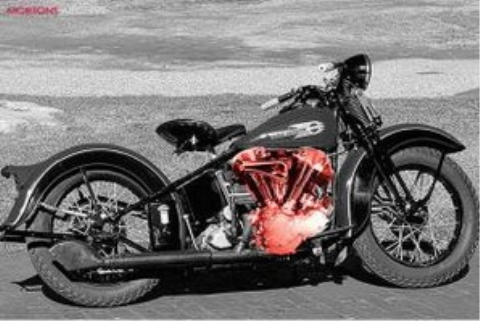 H-D Knucklehead engine
Peter Glover on the impact of Harley-Davidson’s 1936 overhead-valve Sixty-one
Features - Peter Glover
FN Four: engine profile
Belgium's National Armanents factory produced a motorcycle that was well ahead of its time in 1905. But by 1926 it had fallen beind the opposition...
Features - Tim Holmes
Download the Classic Bike Hub app