In the 1930s 250 (LH), 350 (NH) and 500cc (VH) versions followed, then after the cessation of the Second World War, the models returned, minus the 250. Actually, even the early postwar twins were called ‘Red Hunter twins’ such was the popularity of the name among those with a sporting interest.

By the end, though, the Red Hunter was carrying little ‘sporting pretension’ but was a tough, durable traditional single, while, somewhat ironically, as the Red Hunter’s production life came to an end, a certain Sammy Miller was dominating the trials scene.

Prewar Red Hunters have a reputation for being lively, and it’s justifiably deserved, but actually, a postwar 500 is no slouch either – with even the supposedly overweight and underpowered late swinging arm ones having more puff than say a Featherbed-framed Norton ES2.

A true, well-prepared 500cc prewar Red Hunter is up there in the Rudge Ulster/prewar Gold Star category in performance terms, which means that as they’ve always been something of a bargain, in the 1960s and 70s they were post-vintage VMCC racing favourites.

Even a postwar 350cc single with Anstey suspension is capable of respectable performance and a late 500 is a true, good value Brit option.

1935 Red Hunter LH
More was added to the Red Hunter range when, in September 1935, a 250cc model (LH) was announced, this joining the 500 and 350cc versions already available. The quarter-litre version continued until the outbreak of the Second World War, but failed to reappear after.

1949 Red Hunter VH
When Ariel re-entered production it was no surprise its range featured the Red Hunter – with the main difference to the prewar job being the adoption of Ariel’s own telescopic forks. Styling was otherwise still prewar, though compression ratio (owing to available fuel) was lower.

1952 Red Hunter VHA
Big news for the 1952 model year was the adoption of the alloy head and barrel, which reduced the engine’s weight by 12lb. Frank Anstey-designed rear suspension was still employed at the rear; the VHA still had some sporting pretensions.

1954 Red Hunter VH
The swinging arm frame came in 1954, though the all-alloy Red Hunter was replaced by the iron-barrelled (but alloy cylinder head) VH Hunter, now unashamedly a ‘touring’ motorcycle in its standard form. Alloy hubs and headlight nacelle were later additions.

1956 Red Hunter HS/HT
The Red Hunter HS (S for scrambles) and HT (T for trials) achieved many off-road successes, though the T ultimately did better, with Sammy Miller and GOV 132 going down in history as the most successful trials ‘team’ ever – though by its end, Miller’s 242lb (110kg) was more Miller than Ariel.

Visit the Mortons Archive for more information and online search options concerning Ariels, or speak to our archivist Jane Skayman on 01507 529423 with your requirements. Email enquiries@mortonsarchive.com 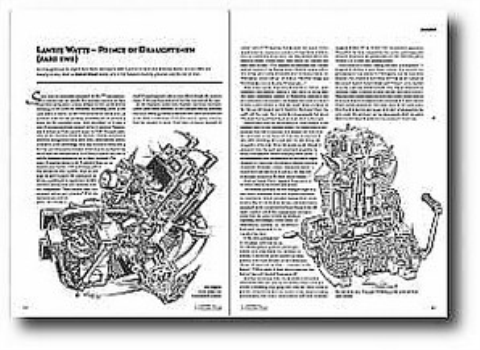 Profile: Lawrie Watts part two
Ace draughtsman he might have been, but Lawrie didn't just sit in front of a drawing board, he was often out chasing a story. And, as David Dixon recalls, one of his happiest hunting grounds was the Isle of Man...
Features - David Dixon
Road Test: Royal Enfield Bullet Classic
Justifiably playing up the retro image, Royal Enfield has gone the whole hog with the new Bullet Classic. Nigel Clark spent a day with one and reckons it just might be the best Bullet yet...
Features - Nigel Clark, pics by John Wilkinson 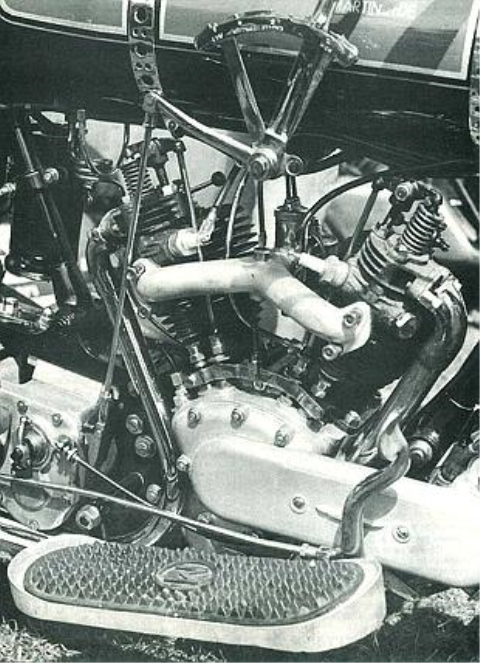 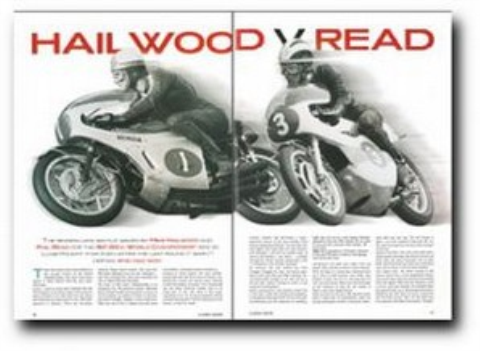 Hailwood v Read
The season long battle waged by Mike Hailwood and Phil Read for the 1967 250cc world championship was as competitive as it gets...
Features - Mick Woollett
Download the Classic Bike Hub app