Everyone likes a challenge. At least, I hope that's true…

I was sat in a local pub, chatting with one Sam Whitehouse, when he mentioned that he had recently suffered a deeply depressing experience. I was sympathetic, although that can be risky when you don't know what the experience actually was.

Turns out that he'd taken his freshly rebuilt Ariel Huntmaster out for a little exercise, only to have the carb catch fire while he was sat at a junction. In the ensuing panic, the bike had fallen over (presumably Sam had leapt off and sensibly run away) and burned out. We both supped and contemplated this dire event. We remarked that the Ariel, although its engine bears a cruel similarity to BSA's Bert Hopwood-designed A10, was a particularly fine machine.

Time passed, as it does. We ate. We drank. We talked about Ariels.

Then I suffered a (rare) moment of madness. Did Sam fancy selling me the toasty remains? Could he deliver it to the high hills of Shropshire where The Shed is situated? He did. He could. I was dead tickled by the thought of such an unusual rebuild. I mean, I've rebuilt crashed bikes (usually a good buy, because you know that the powertrain was actually working when impact occurred, and they always look terrible, so they're cheap), stolen recovered bikes (including one Ajay which rose from a canal), original wrecks and poor earlier restorations… but never a burned-out wreck before.

Sound advice: Never do this. Never buy a burned-out bike. No price is low enough.

So Sam delivered the FH, instantly christened The Toastmaster, and I left it soaking in penetrating oil for an appropriate time … almost two years. A chap deserves time to consider these things, in my view. Fools rush in, so forth.

Finally, I'd got Rowena's BSA B25SS off the bench, and got the Toaster up there in its place. This was not as easy as it sounds. When you see a bike described as 'fire damaged' you might think that it's suffered peeled paint, discoloured alloy, and certainly all the soft bits, like seat, wiring, so forth, would be damaged or missing. And indeed that would be good thinking. However, the Awful Truth was a little more disheartening, and had I possessed a single brain cell I would never ever ever have bought the sad Ariel!

The fire had been a bad fire. Not only had all the nice new maroon paint been removed, as if by a blowtorch, but the handsome rear alloy hub had caught fire. No, not simply melted; it had caught fire. It had also melted, of course… This meant that it was impossible to remove it from the swinging arm. It's still there, in fact.

Meanwhile, the frame had got so hot that it had bent when the bike was dropped by its rapidly departing rider. Quite severely bent. Visibly bent. Sadly, I didn't notice this before parting with my money because I am stupid, and had bought the bike unseen. Never do this, as I have told generations of readers. Only stupid people do this…

As I stripped the wreck down, many, many other disasters revealed themselves. The carb had entirely vanished, as you might expect. The inlet rocker box cover had caught fire and cracked and melted. An impressive number of the iron frame lugs had been oxidised by the heat and were now unusably pitted. The mag and dynamo had been reduced to slag; the speedo internals had been vapourised, along with everything else electrical, and every fastening, every pivot aft of the steering head was seized solid, courtesy of baked and rock-hard lubricant. Everything made of brass had melted to some degree, and little things like the mazak clutch adjuster cover on the gearbox outer cover were brittle to the point that they crumbled to powder when I removed them.

Had I really thought that this would largely be a simple cosmetic rebuild, and that it wouldn't take long? I had. Madness. That was June 2000, and we're only slowly getting there today.

However, I don't give up easily (or: I am very silly indeed), so when John Mitchell, Editor of the Ariel OC's excellent magazine, advertised a frame and swinging arm, I bought them. I acquired a rear wheel at the same time, and bought a really good hub from another Ariel club member whose name I have lost. And I commenced a series of two-way conversations via email with Draganfly Motorcycles, over in the distant East. Two-way? I sent them money; they sent me parts. I became The Toastmaster Bore on the Ariel club's e-list, and spent hours poring over books, photos and the wreck itself before I attacked it seriously with the spanners.

But that's for next time; Part 2, Stripping Down For Idiots… 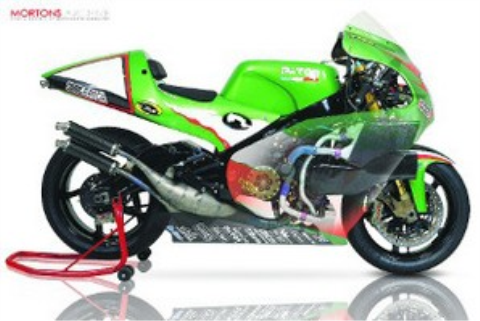 Road Test: Paton PG500R
Team Paton was the most enduring privateer effort in Grand Prix racing, with a presence in the world’s top championship, which began in 1967 with the four-stroke twin-effort and, with a short break, ran through until 2001. Malc Wheeler rides the last of the great privateer GP bikes...
Features - Malc Wheeler, pics by John Wilkinson
Three wheelers
Morgan's JAP-powered Aero and a James delivery truck are more like motorcycles than you might think...
Features - Roy Poynting 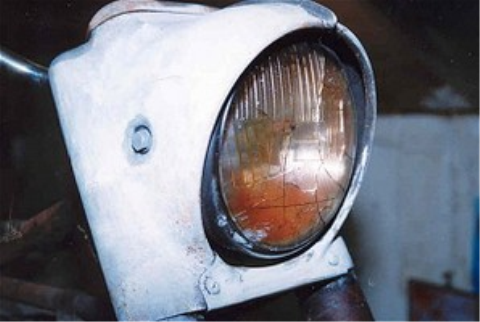 Ariel Huntmaster rebuild: 2
Only an expert or an optimist would attempt to rebuild a totally burned-out classic motorcycle. So here's Frank Westworth's guide to stripping down for idiots...
Features - Frank Westworth, words and pics 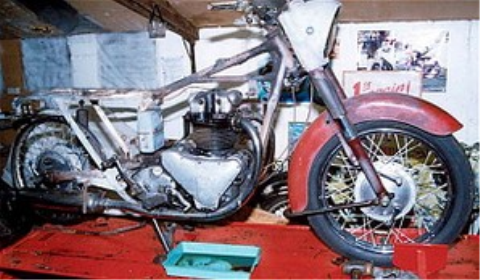