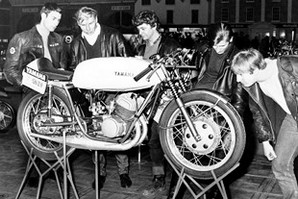 With a whopping price tag of £526-12s the Yamaha far exceeded most other race machinery on offer and was way ahead of all other 250s on price. Bultaco was still riding on the crest of a wave in the 250 class; it scooped a 1-2-3 in the previous year’s Ulster Grand Prix, and the price tag was a slightly more affordable £485, four whole pounds less than Aermacchi’s pushrod 250.

But when it came to performance the Yamaha had the edge, and although sales initially proved slow in the UK the two-stroke 250 sold like hot cakes in the USA.

When you consider the average annual wage in 1966 was a princely £1333 (It is £31,309 in 2013) and the average house price had reached £3840, you have to wonder how anyone afforded to go racing. But afford it they did, and within a couple of years the Yamaha production racers had swept all before them.

Classic images like this can be purchased from the Mortons Archive.

Stafford Motorcycle Show
Welcome to the biggest show in the classic calendar. You’ll find everything from death-defying stunts to the very best motorcycle restorations in the land and the largest Japanese auto-jumble. This weekend's CMM Stafford show has it all...
Features - Web editor
Road Test: Norvin café racer
Any marriage of ‘the world’s fastest standard motorcycle engine’ to ‘the world’s best roadholder’ should be a contract made in heaven. And in this particular case, it is. Mike Lewis tells the story of an immaculate Vincent-engined special...
Features - Mike Lewis 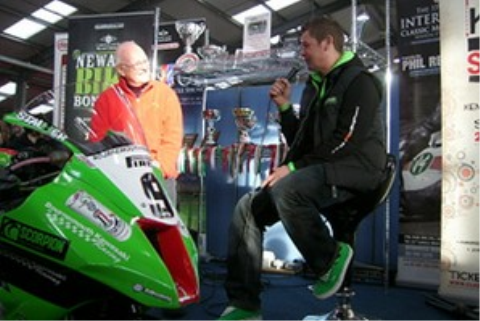 Christian Sarron €” a true Gallic great!
Track legend Christian Sarron has always been seen as something of an enigma over this side of the Channel...
Features - Bertie Simmonds 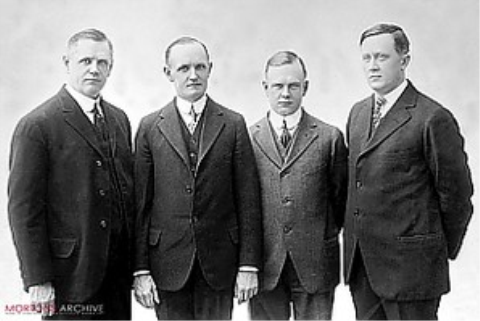