There was plenty of other talent too, while the sidecar field was also strong; Pip Harris, Cyril Smith, Bill Boddice and Jackie Beeton being the ‘stand out’ names.

The specially constructed three mile ‘Grand Prix’ circuit was 35ft wide, and ran alongside the Grand National horse racing circuit. A crowd estimated at between 15,000 (Motor Cycling) and 20,000 (The Motor Cycle) packed in, to watch seven races, with races for solo 125, 250, 350 and 1000cc machines, and sidecars to 1000cc, plus two handicap races – one for solos, one for sidecars. 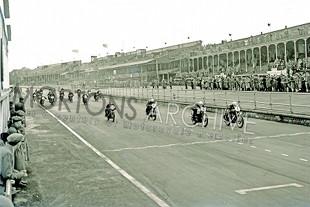 In the 350cc race, Brett and Amm came out on streamlined Nortons, Brett leading initially, before Amm took over. The Rhodesian, though, crashing at 100mph – the accident appeared to ‘spook’ Brett, with McIntyre, Coleman and Surtees passing him.

The 1000cc class, the day’s highlight, was slightly undermined by the absence of Amm and Farrant (who also crashed in the 350cc race), both hospitalised, Amm with a broken collarbone and three busted ribs, Farrant a sore foot, and won by Duke, though Surtees chased him ‘valiantly’ and got the better of Armstrong. Coleman was fourth on the Porc’.

The sidecar scratch race went the way of Harris from Smith and Beeton (all Norton) and then to the handicaps – a rain shower during the solo race meant lead 500cc man Surtees had little chance, Brett winning comfortably from Benny Rood’s 250cc Velo, while the sidecar version went to M Klein on a 500cc Norton.

Aintree hosted the British F1 car Grand Prix the next year, as well as in 1957, 1959, 1961 and 1962. The full three mile circuit was used for the last time in 1964 but the 1.5 mile club circuit still holds six motorcycle meetings a year, with classes for classics. 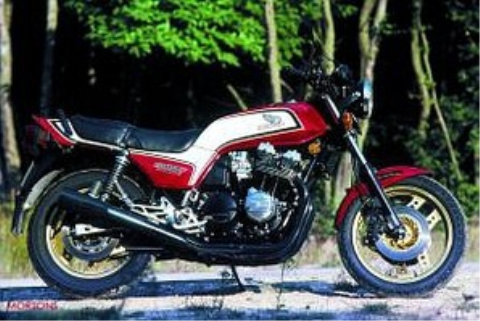 Road Test: Honda CB1100F
Honda’s CB1100F was the last of its classic air-cooled fours and although overshadowed by the exotic CB1100R production racer still pulls a hefty punch with a 140mph top speed...
Features - John Nutting 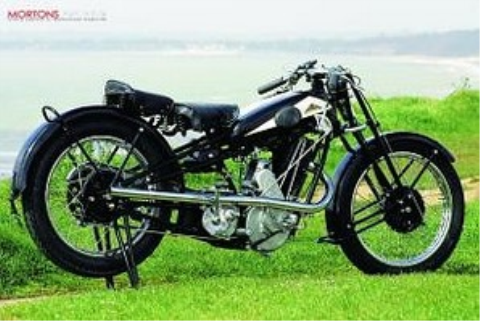 Road Test: Cotton Blackburne
Cotton, as a motorcycle manufacturer, didn’t stray from the 'straight tube' frame building philosophy in the 1920s and 30s. That was because it was a design that worked. Best of all, the frame allowed all of the performance to be used. Roy Poynting explains...
Features - Roy Poynting, pics Terry Joslin
TT races in South Africa, January 1924
South Africa’s first TT races owed little to the Isle of Man events, the organisers preferring to plough their own furrow...
Features - James Robinson 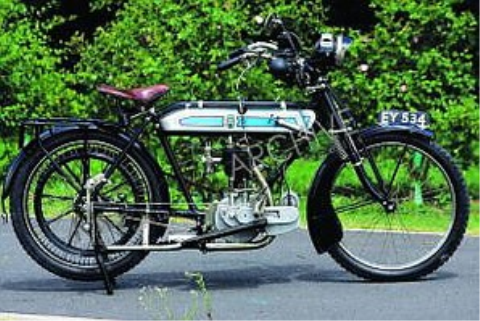 Road Test: Overseas 3.5hp
When the opportunity to ride a veteran rare Overseas was presented, luckily there was also a closed road to do it on…
Features - James Robinson, pics Terry Joslin
Download the Classic Bike Hub app