AJS Model 16: bikes you must ride

In the case of the singles there were important differences, such as the position of the magneto that required different castings for the engine, so it is unfair to say that AMC simply bunged a different badge on as they came down the production line.

It is also unfair to say one is better than the other, though aficionados of either will say their favourite is best. These models, along with their 500cc bigger relatives and similar 350/500 machines from other manufacturers formed the mainstay of motorcycle production, sold in their thousands and got on with the job of reliably transporting a working public to work.

The Model 16/G3L started life as a rigid framed machine, virtually the wartime dispatch rider’s machine painted black instead of khaki and ended its life as a sprung frame model in the 1960s. The glory days were the 1950s for this sort of machine, though the more glamorous racing models and sports twins got the admiration. Without the sales of the basic models though, AMC couldn’t have produced the race bikes. Go try one. 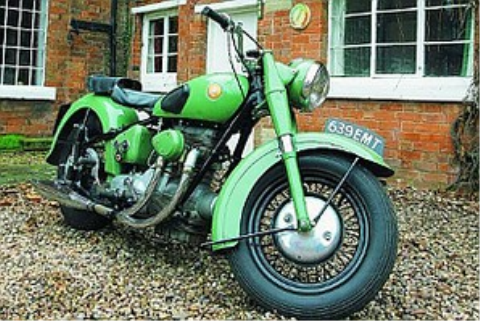 Road Test: Sunbeam S7
Shaft-driven Sunbeams were a gentlemanly alternative to the rufty tufty vision of 50s motorcycling, when young men supposedly roared across the countryside on Nortons, Triumphs and BSAs with not a care in the world...
Features - Jim Reynolds, pics John Wilkinson
Road Test: Norton Old Miracle
Museums are often criticised for having lots of static exhibits. Luckily the Beaulieu collection is more enlightened and actually allows historic machines to run. Jim Reynolds gets on with a legendary Norton...
Features - Jim Reynolds, pics by Nick Haskell