Hinckley Triumphs: out of the archive

Hinckley Triumphs went into production nearly 30 years ago, and the first generation were definitely built to last. A 1990s Triumph is still a lot of motorcycle for not too much money, as our buying guide reveals…

John Bloor’s Hinckley Triumph factory started producing bikes in 1991, and this article covers the first couple of generations – the T300 series, 885cc and 750 engines which use carbs rather than fuel injection. The first bikes to come out were Trophy fours, the 1200. Quite rare now, but an incredibly solid and unburstable motor. They were followed by the Trident and the 1000 Daytona, then the 750 Daytona. Their common problems are listed below – and the early Trophies have a single and not especially effective headlight.

The disadvantage of the bigger motor is that it makes for a pretty heavy bike at 240kg dry (528lb). The 900 version comes in at 222kg which is quite a bit lighter. The advantage of the 1200 is a stonking engine with oodles of power which is creamy smooth. Superb two-up, with a comfy passenger position, although taller passengers complain of somewhat cramped footpeg positions, at least on the Daytona models.

Daytonas are lighter, 235kg for the now-rare 1000 model (less than 500 were produced) and 218kg for the even rarer 750 model. Only 200 of these underrated gems were built. Tridents, with simpler suspension and no fairing are a few pounds lighter still.

The engines are unbreakable, except by complete idiots… you know, the kind who don’t put any oil in. I own an original 750 Daytona which I bought new in 1991 and I still love it. The finish on the early bikes is quite durable; mine lives outside in a salt-laden atmosphere, under a cover. It’s showing its age but is still pretty OK, considering.

All parts seem to be well made and finished on the early models. These bikes were really over-engineered to make sure they gained a good reputation. Ironically, the starter sprag clutch which can give problems is apparently a Bosch item…

The riding position is a bit extreme on the pre-93 (or maybe 94) Daytona models, but can be changed. Later bikes had higher bars and lower footrests. I have managed to raise the bars on mine recently, and bought the parts to lower the footrests from eBay. For an all-day every-day bike, look for a Trident Sprint, which has a half fairing and twin headlights.

If you are short of inside leg, avoid the original Tiger. No normal human beings (except some TT visiting Germans) are that tall. It is also top heavy, especially if fitted with a full set of luggage. They do handle and stop well however. You really do need to be tall for this bike, many owners have come to grief when trying to manoeuvre at low speed. They can be lowered a bit which makes low speed manoeuvring easier and less fraught – but steering and/or rider ergonomics can be compromised once you go down that path.

The Trophy tourer is probably the best for most distance riding, or a Trident for shorter rides. Sprint Manufacturing made a very nice aftermarket fairing to fit the Trident. The triples, in my opinion, are nicer than the fours: the 900 puts out around 100bhp and has an excellent motor. The 750 is rather revvy, but quite quick enough. Mileage is not normally a concern. Many early bikes have passed the 100k mark easily. If they have been properly looked after and serviced, expect them to go on forever. Mine is running as strongly at 41k as it was when new.

Known faults include:
>>Starter Sprag Clutch. There can’t be many unmodified ones left out there now. On very early models, it can all be changed without an engine strip. But the ‘Mk2’ models, the 900 Daytonas etc, require a full engine strip and rebuild. Very expensive in labour costs.

>>Alternator Rattle. The drive spider can come loose and rattle. It will charge OK, but will rattle at low revs. The only full cure is usually a replacement alternator, as the splines will wear and make it almost impossible to keep the spider on tightly, but any competent home engineer can probably find a way. I made up a little fitting out of a tap washer! It worked, but only for about 10k miles. Don’t listen to the ‘experts’ who say that it takes two hours plus to change the alternator either. I can remove and replace one in 10 minutes. I purchased a good one off eBay for a tenner.

>>Fork Seals. Do not expect fork seals to last long either. They are cheap, but special tools are needed to change them and it is a three/four hour job to do a set, at least on the Daytonas which have different forks to the touring models.

Other than that, these bikes are practically bulletproof. Not every bike will suffer from all or any of these problems. It is generally accepted that these bikes are well built and extremely reliable.

There have been problems reported with carburettors getting gummed up, which can produce some peculiar symptoms. A complete carb strip and ultrasonic clean is supposed to be the cure. Problems with the ignition pick-up coil have also been reported. New ones can be obtained for about £40.

Chain wear is good, about 20k miles or more is possible on a chain and sprockets. Replacements are not cheap and they are a one-piece chain, and replacement is not easy either. Some bikes require the entire swinging arm assembly to be removed, as well as the engine oil drained.

Fuel economy is reasonable, over 50mpg is attainable, but 40-45mpg is more likely. Tyre wear depends on the right wrist to a large degree. Early Daytonas have a front end bias which wears front tyres faster than rears if ridden hard. Even a nutter like me, on rough bumpy Manx roads can get about 4.5-5k out of a rear though.

When buying an all-rounder, look for a ‘Mk2’ Trophy with twin headlights, or a Trident Sprint. It may be possible to get an early Sprint ST or RS, which are full and half faired respectively for sensible prices. Handling and brakes are especially good.

Early models have grease nipples on all of the suspension linkages so chassis bearing wear shouldn’t be an issue, but is well worth checking. Mine was still running the original rear shock and all wheel and chassis bearings at nearly 42,000 miles.

In short, these bikes are now a bargain buy and they make a great basis for a modern café racer custom. Prices start from as little as £750 for a machine which has been stored and needs attention. Low mileage examples in standard condition to ride or restore can be had for £1500 or less; £500 buys you a ‘project with potential.’ Find a good one; there should be plenty to choose from, and you won’t regret it.

Daytonas are sports models with low bars and rearset footrests and full fairings, fitted with fully adjustable suspension, front and rear. Ferociously fast for the time. The limited-edition 750 or 1000 Daytonas typically fetch £4000 to £7000, but you can pick up a 1200 for a fraction of that (£2500 or thereabouts).

Trophies are the fully-faired tourers with high bars and low footrests. Comfy and capable. Fairly basic suspension and brakes. Not particularly sought-after these days, which means you’ll get a solid one for under £2k.

Tridents are the unfaired general purpose bike. Same suspension and brakes as the Trophies. Almost as handsome as the Speed Triple and easier to work on than a fully-faired machine, hence more expensive than a Trophy. £1800 to £2800.

Speed Triple. Early ones are now very rare, basically an unfaired version of the Daytona with a single headlamp and posh suspension. Awesome engine note if fitted with a 3-1 pipe. In tidy condition these fetch high prices so make sure you are buying a real Striple and not a tarted up Trident. A very few 750s were made: check the paperwork carefully. £4000-plus.

Trident Sprints (or just called ‘Sprint’ after a while) are half-faired with uprated suspension. Available as a 900 although a small number of 750s were also built. An excellent compromise between the Trophy and a sportier bike. Nice if you can find one. £1500 for a runner which needs a little TLC.

Hinckley Triumphs turn up fairly frequently in the pages of the monthly RealClassic magazine. Look out for a forthcoming full-length feature about this Trophy triple, brilliantly rebuilt as a café racer:

We featured a 1200 Daytona back in July 2016, in RC147. Read it instantly as a digital download or have the magazine delivered to your door.

And Editor Frank Westworth roadtested an original Speed Triple in RC128, Dec 2014. Available to read instantly or by mail order.

———
Original text by Geof Staples; one of the founder members of the RC Crew who is now sadly missed
Photos from the RC RChive
———
This feature first appeared on the original RealClassic website over a decade ago: it’s been updated and extended to appear here in our new format 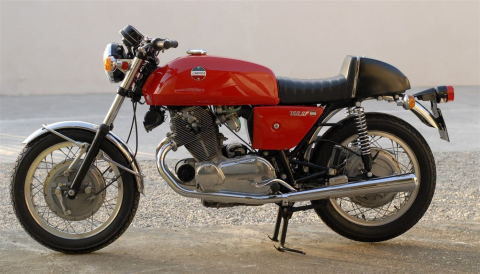 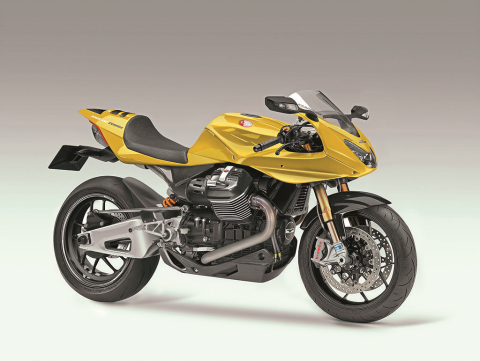 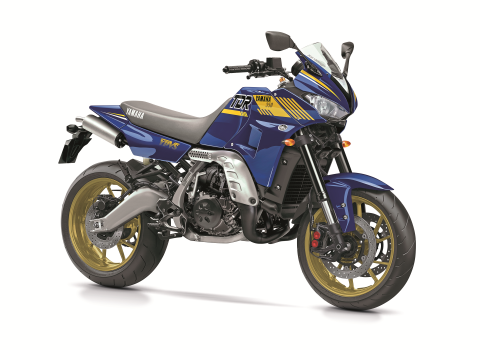 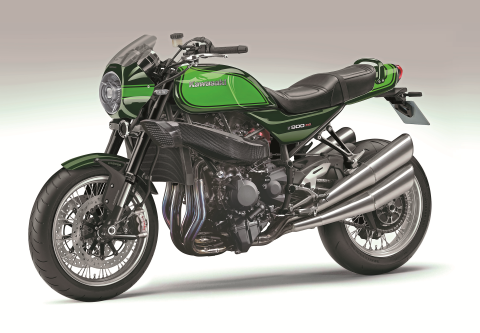