The Thunderbird was launched in 1949, building on the success of Triumph’s popular post-war 500, the Speed Twin. The 6T Thunderbird shared much of the same specification as its smaller stablemate, but promised more power from its 649cc parallel twin, ohv engine with an uprated, four-speed gearbox. The 71mm by 82mm engine had an 8bhp advantage over its 500cc predecessor, with a definite improvement in mid-range torque.

Although motorcycles at home were very much utility machines at this time, and the Thunderbird could be expected to haul a sidecar and family around the back roads of Britain, outright performance was more important in the vital American export market where Triumph twins were winners on the track.

So the 34bhp Thunderbird demonstrated its credentials with an impressive PR stunt when three 6Ts took to the banking at the Montlhéry race circuit at over 90mph for 500 miles. They then completed a lap of honour at over 100mph and were ridden from France back to the factory at Meriden. There’s no information about how comfortable the riders felt during this performance: Triumphs of this time were equipped with an early form of rear suspension which involved a sprung rear wheel hub. At speeds over 60mph or so the bikes would typically weave in a disconcerting fashion which wasn’t improved by either closing or opening the throttle.

Experienced riders took this handling hiccough in their stride, but similar issues plagued the Triumph chassis for the next decade. So even though swinging arm rear suspension was introduced in 1955, it didn’t cure the problem – it replaced a ‘weave’ with a ‘whip’ because again the engine was capable of out-performing the chassis and suspension. Maintaining the swinging arm bushes proved to be a fiddly, nasty job, too.

In that earlier era of austerity, the 1952 Thunderbird was fitted with an SU carb instead of the more usual Amal item. This enabled the factory to achieve an astonishing 150mpg during their ‘economy run’ at a steady 30mph. The 6T was the model which Marlon Brando rode in the ‘The Wild One’ (although presumably he went a bit quicker than 30mph!) . Then for 1954 the Thunderbird was fitted with an alternator, and coil ignition, while its timing-side main engine bearing was beefed up, creating a visible bulge in the timing chest.

Triumph’s smaller twins switched to unit construction at the end of the 1950s, but the gearbox and engine stayed separate on the Thunderbird until 1962. The 6T remained in production for four more years as a solid touring machine, gaining an alloy cylinder head in 1961 and an eight-inch brake in a full width hub. However, the Thunderbird had long been overshadowed by the Tigers (100 and 110) and then the Bonneville, and it had left sporting pretensions far behind it when the final 6T was produced in 1966.

A 1958 Thunderbird was recently advertised for sale by a private seller in our classifieds. By that year the Thunderbird was Triumph’s main 650cc touring machine. Most of its mechanical foibles had been addressed, although a new one was introduced for that year in the form of the Slickshift gearchange – which tended to hamper clean cog swapping, exactly the opposite of its intended action. However, a well maintained Thunderbird of this era should be easy to live with; reasonably long-legged and mildly tuned, easy to start and pleasant to ride.

The bike you can see here was offered for £6250 at the start of 2011, and described thus: ‘rebuilt engine and gearbox. Really good condition. Rides well. Original refurbished SU carb, good paint.’

Six grand is pretty much the going rate for a good condition pre-unit 650 – cheap, if you start to say the word ‘Bonneville’. However, you can buy a 650cc Triumph twin for half that amount, if you’ll consider a later incarnation of the breed…

A 1973 T120R also appeared in our reader adverts recently. Fifteen years younger than the Thunderbird, it shares the earlier bike’s basic engine dimensions but almost everything else about the bike was different. The engine and gearbox were now unit construction; the frame carries the engine oil in its large diameter top tube; the rear suspension is provided by twin shocks and a sturdy swinging arm; braking comes courtesy of conical hubs drums with a twin leading shoe eight-inch front stopper. The factory claimed 47bhp at 6700rpm (knock off half a dozen horses and you’re probably closer to the truth) from the twin-carb T120 running 9:1 compression. This type of T120 could run out of puff at around 90mph or break the 100mph barrier, largely depending on the style of silencer fitted.

Derided at the time for being ‘two tall’, this generation of Bonneville has never been accorded the status of icon which accompanies almost all other T120s. However, the seat height was reduced and the saddle slimmed for 1972, while the addition of indicators turned the late 650 twins into something resembling practical transport. Certainly the 650 T120s of this time tend to be smoother and more relaxing to ride than the 750 T140 Bonnevilles which can feel harsh and vibrate more, while offering only marginally improved performance today.

If you’re a fan of Edward Turner’s traditional Triumph styling, as seen on the Thunderbird, then the looks of the 1970’s T120 might not be so appealing – but you could always re-style it yourself to American spec. Also, a 1973 Triumph represents a turning point in the history of the British motorcycle industry. In September of ’73 the gates closed at Meriden when the worker’s industrial action began. This bike looks to be one of the last to be sold before the blockade began. According to its advert, this T120 has ‘new carbs, Boyer ignition. Needs tuning and some attention to paintwork. MoT. Tax exempt.’

It’s been offered for £3500 which leaves a little room for haggling, we think. It can be a little tricky to set up twin carbs, even with electronic ignition, hence the ‘needs tuning’ comment.

There are always plenty of Triumph 650 twins on the market, so even if this pair aren’t shown on our classified listing any more there’s bound to be similar machines up for sale. If you choose to buy from a trader then you’ll pay up to 20% more than if you buy privately – but you can always ask a dealer to sort out any rough running problems!

If you’re not familiar with the differences between early and late Triumphs and would like to see examples parked alongside each other, with an opportunity to try a pre-unit machine and an oil-in-frame model on the same day, then a visit to a dealer is a good way to see for yourself how the differences on paper translate to the motorcycles in the metal. You should also pop along to your local Triumph Owners’ MCC meeting where actual owners can fill you in on the realities of riding a 650 Triumph. 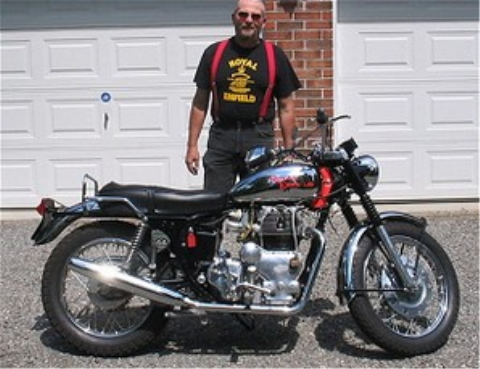