Last time Frank Westworth was dreaming about dream bikes. This time he’s wondering about owning just a single motorcycle. Which would you choose if you could have only one?

There could be a theme here, which would be alarmingly professional. Cast your mind back to the last installment, and if your life really has been very quiet you may just recall that I was pondering upon the vexed question of The Ideal Bike. And of course The Ideal Bike turned out to be the one I’ve just acquired, and an AJS to boot, as you might hope.

However. Time rolls by, even if you’re an AJS rider. Which I would dearly like to be, but I am, remarkably, between the sale of one 650 AJS and the arrival of the new 650 AJS. I’ve sold one but have yet to be paid for it and have paid for another one which I have yet to clap eyes upon. Mysterious ways indeed.

The reasons why I’ve been enduring a bout of selling are slightly interesting, but only if life is very very slow... I have over the years amassed a reasonable collection of motorcycles. Not all of these motorcycles are AJS or Matchless motorcycles. Several – about a half dozen, I think – are Almost AJS or Matchless, in that they have ‘Norton’ emblazoned upon their fuel tanks, but several of the others are not. There are quite a few interlopers in The Shed; unlike other Anoraks’ palatial residences, this isn’t really AMC Corner down here in this lost corner of Empire, more Home Of The Last Rusting Relics... 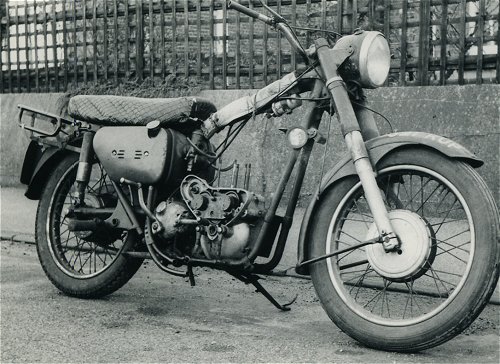 Having acquired a large-enough array of the halt and the lame, it seemed like a good idea to trim the assembly down to a more manageable number. Which seemed perverse even to me. Had I not built a Shed with 1000 square feet to house the unlovely leakers? Indeed I had. But quite suddenly I was assailed by the notion that if I reduced the quantity I could improve the quality. Exactly how you go about judging quality, though... Well, that’s another matter.

The theory is a simple one. If a chap starts out with a collection of, say, a couple of dozen rousing Matchless singles, G2s or G3s would be great for this, each of which has cost about £1000 (which, before you collapse laughing, is still perfectly possible, even in these inflated days), spent over a dozen years or more, and thus fairly painlessly, he soon enough discovers (usually at insurance renewal time) that all of a sudden he is sort-of rich. Sort-of? Yes indeed; a pile of rusty old motorcycles is exactly that; a pile of rusty old motorcycles. The only way this can be transformed into actual wealth, actual folding money, is by the sordid act of selling them. 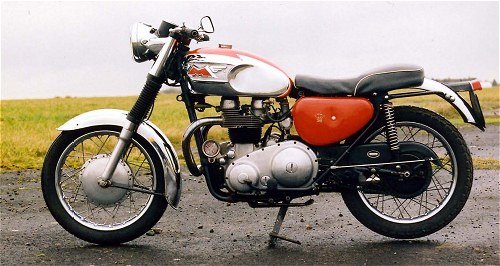 An only slightly cleaner Matchless G12

At which point, Proud Owner can discover several entertaining facts. First among these is the notion that simply cleaning a bike elevates its alleged value considerably. My very best cleaning-only experience was a desperately doggy but very standard G3 Matchless. I paid a lot for it – almost £1500 (a lot of money where I come from!), but it was a runner, and although it lacked a log book and looked ghastly, the nice registration authorities sent me a new book when I asked them to, and a week of vigorous polishing produced an almost-shine. Hurrah. It sold for a fiver short of £3000. This is a remarkable experience, especially to one whose experience of old bikes has generally involved spending (or ‘wasting’, as my Better Half prefers to put it) money on bikes, rather than the other way round. This is a good experience, in fact, and you should try it.

But which bike? Which single solitary motorcycle should be graced with its very own Shed?

As you would hope, given that I am a slight fan of the AJS and Matchless marques, my thoughts fell to dreams of Silver Hawks, maybe a G50 (how’s about a G50CSR? I know where there’s one for sale in the USA). Perhaps that rarest of the rare; a G15/45, the charming but doomed big-bore version of the AMC engine (always a sweeter design than Hopwood’s Norton twin)? Let’s not be too restricted and road-centred; I have always fancied a very late gear oil pump Matchless G85CS. Hmm. And I know where there is one ... and although it’s a lot of money, it’s very tempting indeed.

At times like this, unbiased and expert guidance is what a chap needs. I turned to the back page of last month’s Jampot magazine – the magazine of the mighty AJS & Matchless OC (www.jampot.com), stalwart supporters of all things AMC – and the scales fell from my eyes. I saw the One True Way. My life is now complete. The answer lay before me.

And which bike does that club’s expert team of motorcycle salespersons recommend in this glowing prose; ‘This is the only transport you need. No gears. Twist & Go. 80mph.’ This sounds like the AJS of my dreams indeed. It must be a previously undiscovered automatic version of the Model 8, at the very least; or maybe a blown AJS V4 with the rare slipping clutch? I read on: ‘Suzuki Burgman 400cc Super Scooter’.

Hell’s teeth! What sort of AJS or Matchless is that? Collapse, as they say, of stout party... 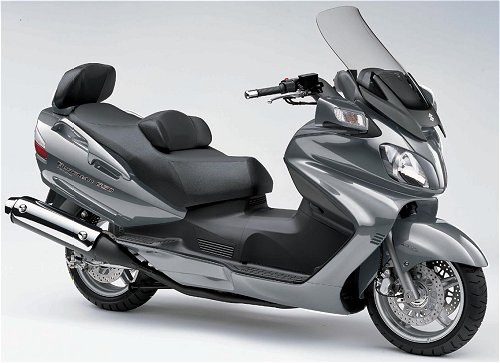 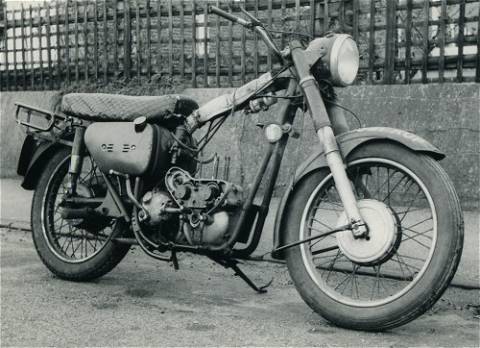 Opinion: AMC Anorak 31
Numbed by the current obsession for producing shiny fake motorcycles where there was previously rust and ruin, Frank Westworth reveals a talent in the opposite direction...
Blog - 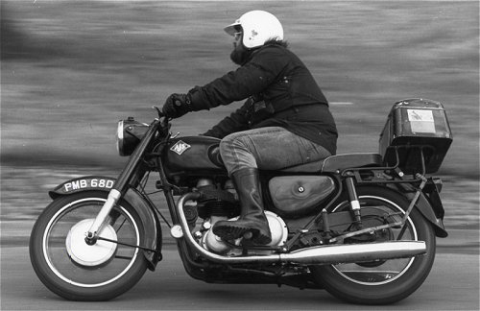 Opinion: AMC Anorak 32
Have you ever found your ideal classic bike? Frank Westworth has... and more than once!
Blog - 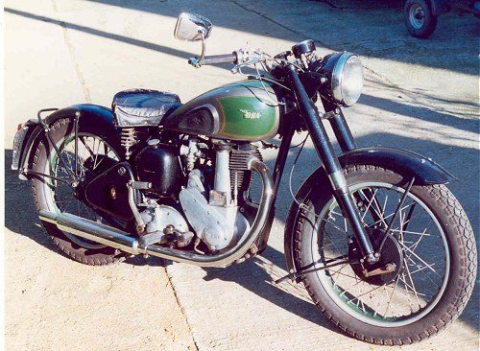 Opinion: How do I love thee? Let me count the ways
A while back, RealClassic message board regular Martyn(CB750) pondered on his love of classic motorcycles of all shapes and sizes. We thought it was worth repeating...
Blog - 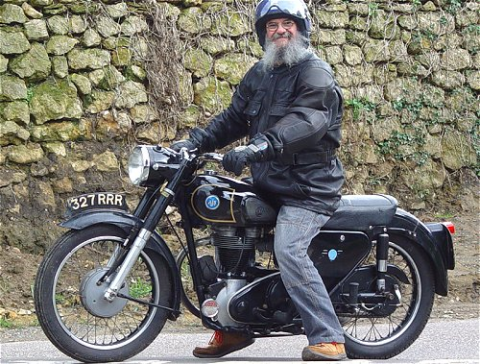 Opinion: AMC Anorak 34
Itâ€™s sometimes easy to get carried away with AJS and Matchless CSR twins and comp singles, but thereâ€™s lots of charm in something a little less exotic. Frank Westworth has been rediscovering gentle charm...
Blog -
Download the Classic Bike Hub app