David Wright continues the story of a remarkable motorcyclist who took part in trials and displays; rode the largest capacity British bike of its time, and worked behind the scenes for decades for grassroots clubs and the national ACU...

Although thoroughly enjoying riding her 500cc Royal Enfield Meteor Minor, the very feminine Doris Lowe decided that, for her 50th birthday, she would treat herself to a 700cc Royal Enfield Super Meteor. Not surprisingly, this resulted in a few raised eyebrows at Club and ACU level because in 1961 the Super Meteor was the largest capacity machine on the new bike market. To make a current comparison, you would need to find a slim, refined, piano-playing, 50 year old spinster school-teacher, who was up to her neck in motorcycling matters and had just acquired the biggest BMW or Honda to ride on an everyday basis.

The big Enfield was remembered by Doris as a wonderful bike and she loved it for its easy power and flexibility. She put in many thousands of miles, not only in commuting and travelling to motorcycling events and meetings, but also in pursuit of one of her other interests, the flora and fauna of the UK. (Post-war she set to and acquired a BSc in botany). 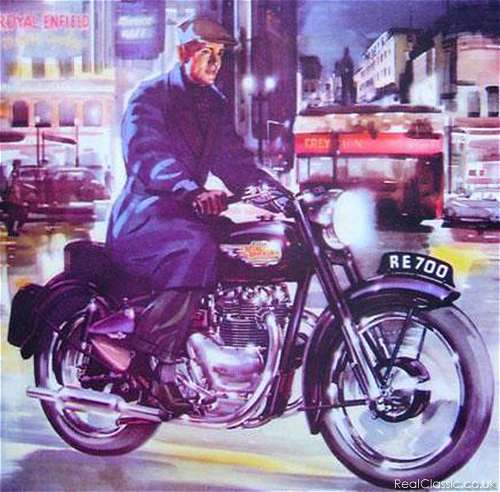 Over the years the children at her schools, particularly the boys, showed interest in her motorcycles. However, it was her task to enlighten generations of schoolboys to the fact that the maximum speeds of teacher's motorcycles were not the same as the maximum figures shown on the speedos. Even if they had been, 'Miss' had no intention of travelling at the 120mph shown on the Super Meteor's instrument...

Still secretary of the Dunstable and District Motorcycle Club, she was also in regular attendance at board meetings of the south midland centre of the ACU, thus extending her knowledge and contribution to the administrative side of motorcycling affairs. In 1964 she was elected assistant to the centre secretary, JC 'Bob' Lowe. Bob was heavily involved with motorcycling and ACU affairs to the extent that it began to interfere with his business. His solution was to give up his business!

Doris sprang a surprise on her friends in 1966 when she and Bob were married. With a honeymoon in the Isle of Man at TT time, the tone of their marriage was set. Regrettably it was to last for only three years. In 1969 Bob died, a victim of a lifetime's smoking.

Picking up where he had left off, Doris took over his job as secretary of the south midland centre, administering to the needs of over 100 motorcycle clubs. She also took another step up the organisational ladder by becoming a delegate to the general council of the ACU. She had also extended her riding / driving activities under Bob's tutelage to include the Triumph TR4A car that he had bought in the year they were married.


Although continuing to ride the Super Meteor, Doris gave up teaching upon marriage and moved to live in somewhat less motorcycling friendly north London. Ironically, by increasing her involvement in the organisational and administrative side of motorcycling, she found herself using four-wheels more often, particularly when carrying files and paperwork to centre board and general council meetings. She used the TR4A regularly, including several trips to the Isle of Man where she helped the ACU side of the race organisation and also to Silverstone where, for many years, she put in long hours in the race office at the British grand prix. Such voluntary behind-the-scenes activity was invisible to most spectators but was essential to the smooth running of such major motorcycling events.

Approaching 60 years of age in 1970, she began to think of getting something smaller than the 700 twin. However, with Royal Enfield having ceased production of motorcycles, what remained on the market did not appeal, so she kept the Super Meteor and still found opportunities to ride.

Although Doris rode bare-headed at all times, she fully accepted the fact that the majority of riders wore crash helmets. However, in mid-1973 the wearing of helmets was made compulsory for all motorcyclists on the roads of the United Kingdom. She found this an unacceptable imposition (as it was to many other riders, particularly those of the old school), and it brought about the end of her active motorcycle riding. She had ridden without a helmet for 30 years and wished to continue to do so. However, the wishes of individuals received no consideration from the bureaucrats of the time, and so she decided that her riding days were over - but not quite.

Although helmet legislation came into force in the UK on the 1st of June, 1973, it was not implemented on the Isle of Man until sometime later. So, in September 1973, she bought a 125 Honda and went to Mona's Isle at Manx Grand Prix time. Enjoying a fortnight of glorious weather, she criss-crossed the Manx countryside every day in a fond, bareheaded farewell to motorcycle riding.

Whilst her days of two-wheeled freedom were over, her involvement in ACU affairs continued. An enthusiastic, forthright and no-nonsense delegate, her views were frequently aired at ACU general council and helped to shape many aspects of union policy over the years. She also continued her work for the centre and for the ACU benevolent fund, a charitable organisation that quietly goes about its tasks behind the scenes, giving assistance to the less fortunate members of the two-wheeled fraternity.

At the age of 65 she decided to retire from the post of centre secretary. By this time the 700 Royal Enfield had been disposed of to a carefully vetted club member (its whereabouts is still known) but her garage still contained two of Bob's vintage bikes, plus the TR4A and her Francis-Barnett trials model. It was on the latter that she had an unexpected final afternoon's riding on two wheels. A friend took bike and rider to a stretch of former road that had been cut-off by a bypass and left for use by a farmer. On a sunny afternoon, Doris enjoyed a pleasant potter up and down: helmetless, of course. 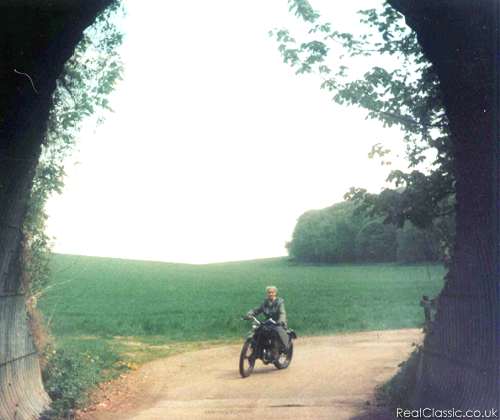 Whilst happy to have Bob's vintage bikes in the garage for a while (all nickel parts were religiously Vaselined in the autumn and cleaned off in the spring), they eventually went to good homes, as did the Francis-Barnett. In the mid-1980s, Doris was elected as the first, and to date the only, female vice-president of the ACU. It was a well-deserved honour for her years of service to the governing body and to motorcycling in general.

In her mid-80s, and still president of the Dunstable & DMCC, Doris reluctantly yielded to the force of anno domini and began to slow down. One of the last jobs that she gave-up was the 'signing-off' of competitors at the end of the MCC's Classic Trials. For over 30 years she made lengthy journeys to do duty at the finish of the Land's End, Exeter and Edinburgh trials, and became a familiar and friendly face to hundreds of weary competitors as they completed those classic long-distance events.

Not one to dwell too much on the past, Doris always had other interests that took her time as well as motorcycling. However, she acknowledged that, as with many of us, motorcycling had shaped the major part of her life and of that, she had no regrets. 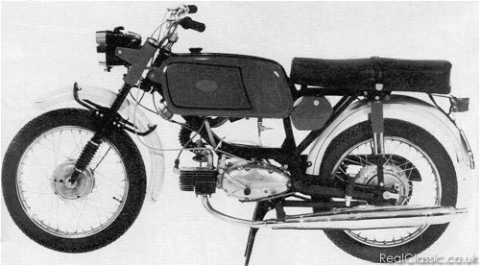 What's Classic and What's Not
What is a 'classic'? It's one of those abstract questions that has fuelled a million internet arguments, ever since the first bulletin board was set up for people to talk about old vehicles. Andy Wegg adds fuel to the fire with a Jawa Mustang and some 500cc Hondas...
Blog - 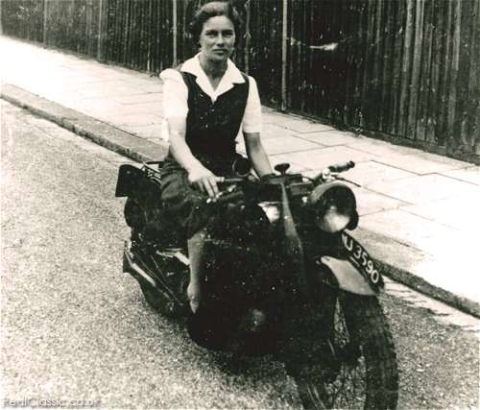 Doris Lowe, Her Motorcycling Life - Part 1
David Wright remembers a remarkable motorcyclist who took part in trials and displays; rode the largest capacity Britbike of its time, and worked behind the scenes for decades for grassroots clubs and the national ACU...
Blog -

Famous Last Words 20: Emerging Classics
Why do so many of us apparently need to categorise everything? Frank Westworth is bemused by the notion of an emerging classic...
Blog - 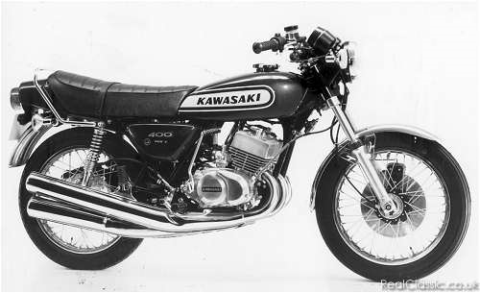 Riding Reminiscences 3
Back in the day, the young lads of The Paddock weren't averse to a quick sprint to demonstrate their riding prowess. Ian Caswell remembers ones particular evening when things got a tiny little bit competitive...
Blog -
Download the Classic Bike Hub app