Famous Last Words 31: Almost Any Motorcycle is a Delight

Frank Westworth has inadvertently encouraged someone to buy a classic BSA C15. This may be an offence punishable on summary conviction...

Knowledge, so they tell us, is power. They tell us this, whoever They are, and it sounds good, so it must be true. Which is how politics works, also political correctness, which is not the same thing. I have a lot of knowledge, ergo (a Latin word meaning ‘therefore’) I must also have a lot of power. This is plainly not the case, which shows exactly how far you can trust politics and indeed political correctness.

A depressing proportion of my own knowledge base (an educational term which means almost nothing to almost anyone; if you know exactly what it means you may award yourself a gold star) is almost, but not entirely, related to old motorcycles. I have masses of knowledge about them, as well as half-truths, misconceptions and outright falsehoods, all masquerading as facts. My cerebral cortex is rammed with this stuff, which seems like a complete and utter waste of such a fine device. Ah well.

And so, gentle reader, I confess to being a bore. An anorak, in current parlance. It is a burden, but a chap should accept these things with a manly shrug. 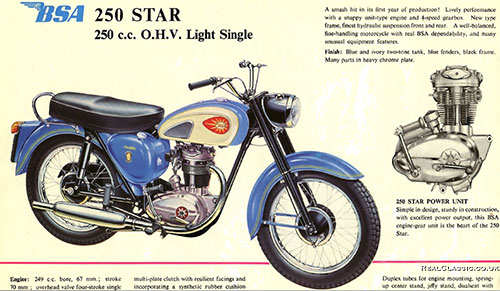 This faintly strange train of thought was prompted by a recent incident, an encounter if you prefer, which I shall share with you in edited form because even virtual space is precious. Time certainly is. A man, an entirely pleasant man and a complete stranger to boot, approached me in a departure lounge at Heathrow airport. He wondered whether I was who I am, and I was delighted to confirm it. Departure lounges are safe places, being packed with security types with guns and serious expressions. I was, he explained without a touch of malice and without the air of someone seeking violent revenge, responsible for his buying a C15, which is, as you already know, a kindly BSA of unthreatening performance. We can share a little knowledge, you and me, and that is entirely OK. No-one will be harmed by this. Trust me, I’m an anorak.

Fortunately I was befuddled both by the earliness of the hour and by the quantity of coffee consumed to combat that earliness, so mumbled and twitched a few polite pleasantries and beamed in an ingratiating manner, desperate to avoid causing offence, as a chap should. Only later, as Lufthansa did their very best to resemble an airline, did I fall to pondering when I had ever said anything encouraging about the BSA C15. It’s not easy. I passed my test on one, but even then the gear lever fell off, making for some serious clutch abuse and great difficulty in stopping. In fact C15 and I rolled straight past the examiner after he’d dropped his clipboard as a signal for the emergency stop. Emergency stopping on a C15 is a leisurely activity, much like forward progress. Both require forethought, which was OK in 1959 but seems a little dodgy these days. At least C15 riders rarely need worry about being rammed from the rear by other vehicles – or indeed lively pedestrians – due to over-vigorous anchorage.

I cannot remember writing about one for a magazine. Which does not mean that I have never done so, of course. In fact ... I prefer the later oil-in-frame 250s, and would usually recommend those if provoked. But that is hardly the point. I have used the incident to demonstrate how worrying is a misuse of knowledge, especially someone else’s. So far as I can trawl through my cortical contents, I can think of very few things I might share which would recommend a C15 to anyone. They are unthreatening and are under-endowed with the searing rocketship performance of, say, their A65 stablemate, but that is hardly a recommendation fit to get the wallet twitching. They are affordable, but affordability is a function more of walletary depth than motorcycle desirability. They do sound nice enough, though, with their characteristic valvegear whine.

And in any case, why would an opinion of mine – or of anyone else, really – encourage an otherwise plainly intelligent chap to buy any bike? Or a house? Or a cellphone?

Then I understood. What had encouraged him into the wild adrenalin excess which is C15 ownership was the fact that I rattle on endlessly, at great length and without provocation about how much I enjoy motorcycling, and the motorcycles which carry me around doing the enjoyment bit. Almost any motorcycle is a delight when viewed from the seat of a car, or even of a Lufthansa Airbus. I know this; it is a fact of which I am aware, and that knowledge is powerful, not least because it has provided me with very many of the truly outstanding experiences about which a chap can talk in a family magazine like this, and motorcycling has introduced me to very many of the best people I’ve been lucky enough to want to know.

And that is the best knowledge; knowing the good guys and the good rides and even the good bikes. That is powerful knowledge indeed. It is impossible to have too much.

Now answer me this. If I have so much knowledge, and knowledge is power, why are my bikes so easily overtaken? Huh. 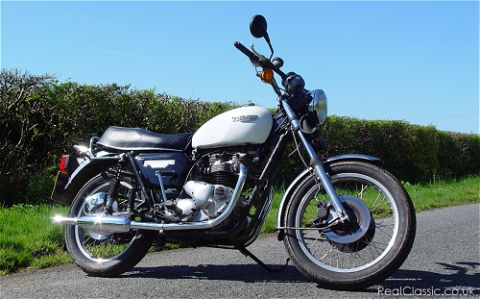 Famous Last Words 14: Not All Old Bike Shops Were Great
You might expect that everyone sufficiently fortunate to ride old motorcycles would inevitably be cheerful. Frank Westworth can't understand why not entirely everyone is...
Blog - 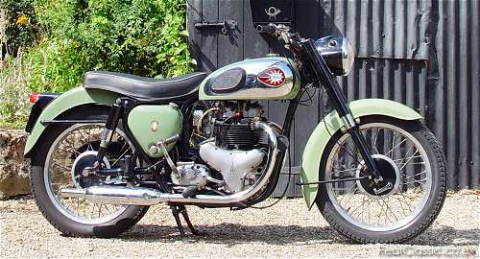 Famous Last Words 16: Anti-Sumping Valves
What's the best way to stop oil draining into the sump of your old British bike? Phone up Frank Westworth and ask him...
Blog - 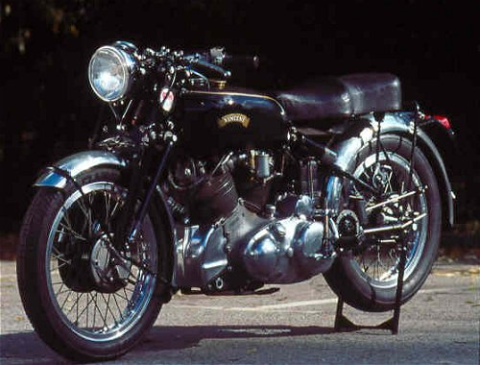 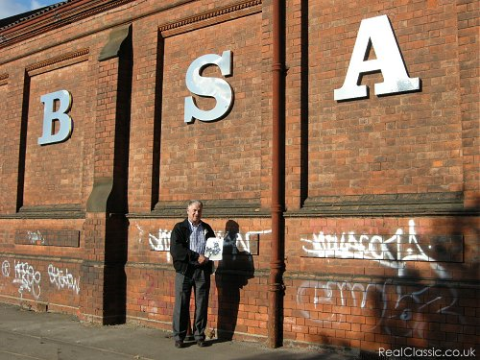 Britain, From Abroad
Familiarity breedsâ€¦ you know. Roger Houghton, a visitor from South Africa, takes a fresh look at the UK while he visits its classic motorcycling heritage sites...
Blog -
Download the Classic Bike Hub app