Jackson-Rotrax 1949-66 UK
Superb 500cc JAP-engined speedway machines by Alec Jackson. Many were adapted for grasstrack using a variety of engines. Still active and a choice motorcycle for vintage grasstrack and speedway.

Jamathi 1962-77 Holland
Founded in Amsterdam by engineers Jan Thiel and Martin Mijwaart who took their first racer to ninth place in the 1962 Dutch TT. Leading Dutch lightweight rider Paul Lodewijkx joined Jamathi in 1963, enjoying national success and useful places in international GPs. Despite competing in only three of five rounds in the 1967 GP series, Lodewijkx (nine-speed Jamathi) was runner-up to German Hans Georg Anscheidt (Suzuki) in the world title chase.

Lodewijkx won a single GP for Jamathi in 1968, then three in 1969. In 1970 former Kreidler rider Alt Toerson joined the team, tying on points for the World Championship with Spaniard Angel Nieto (Derbi) who had more wins and was therefore awarded the title. 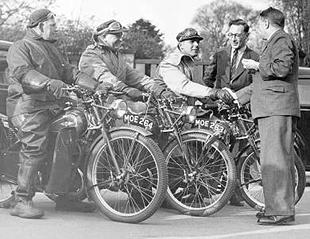 James 1902-66 UK
Our passion for old motorcycles is fired by many reasons, but sentiment plays a big part and few motorcycles evoke more sentiment than the James. The thumb screws of sentiment are given an extra twist when you remember they’re nicknamed the ‘Jimmy.’ Finished in luxurious maroon the post-WWII James lightweights look to have an extra touch of class. Gooey eyed sentiment? Undoubtedly. But few would argue a claim that veteran and vintage James motorcycles were classy.

Already middle aged, Harry James took the bold step of quitting his managerial position at a Birmingham engineering company to become a maker of ordinary cycles in 1880, first at Constitution Hill then in 1890 he moved to larger premises at Sampson Road North, Sparkbrook. The business went public in 1897, Harry retired and his manager Charles Hyde became managing director. In 1902 Hyde took on an assistant manager, Fred Kimberley, who later took over control and remained with James for half a century.

Whether triggered by the find of some wooden patterns for an engine in an old shed at James or whether the patterns were found after the event is unclear. But what is certain is Kimberley oversaw the production of the first James motorcycles – in effect James cycles motorised with Belgian Minerva kits costing £55. Briefly, James dallied with a similar engine mounted within the frame driving the rear wheel by roller, but whether this concept went into volume production is unclear.

In 1904, James had managed to sidestep the Werner patent (engine mounted within frame diamond) to market a similar idea themselves. Motorcycle manufacture continued very much as a second string to cycle production for some years but, in 1908, a very special James was the star of the Stanley Show (London). Designed by renowned inventor PL Renouf, the ‘Safety’ model sported hub centre steering, both wheels mounted on stub axles, internal expanding brakes and for the first time James’ own engine, although initially this was unconventional too with concentric valves. The firm also moved to a larger factory at Greet.

By the 1911 London – now Olympia – Show the ‘Safety’ had undergone a radical redesign and was now powered by a conventional side-valve engine also built by James. At the same show they displayed other motorcycles more in keeping with the period. These too were quite advanced with all chain drive, two-speed countershaft gearbox and an all metal clutch comprising alternating bronze and steel plates – a James feature for the next 20-odd years. 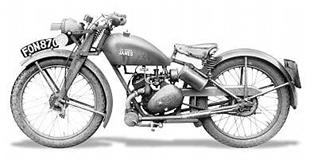 Significantly, 1911 was an important year for another as yet unrelated reason. James became involved with two-stroke motorcycles for the first time by buying Osborn of Tower Works, Newtown Row. Founded by former racing cyclist Fred J Osborn who was amongst the first to build two-stroke motorcycles in the UK, albeit in very small numbers. Osborn (there is no business link with OEC) moved into the James factory and was renamed Osmonds (1911) Ltd, a brand used for Greet’s second string models. James must have been stirred by the two-stroke idea as they launched their pineapple finned version in 1913.

Although James had introduced larger singles before WWI the unveiling of the 500cc side-valve V-twin model 7 heralded a new departure. Given over to munitions works during WWI James supplied only limited numbers of motorcycles to the Allied forces. A factory fire prevented a return to full scale production after the war but by 1922 the Greet plant was again in full swing. Updated versions of pre-war favourites were joined by a 7hp twin designed for sidecar work and a range of second string lightweights under the Osmonds label including an autocycle in the early Twenties. James appeared to thrive through the Twenties and in 1928 added an ohv version of the established 500cc side-valve V-twin to their range. This new twin was also offered in speedway trim. Although not a runaway success the engine proved a good choice for grass track racing.

By the late Twenties, James were supplementing their range with Villiers engined lightweights; a sign of things to come. In 1930 they took over Baker Motor Cycles who pioneered brazeless frame build with the ‘Baker Patent Brazeless Frame.’ James built Baker motorcycles briefly, then James models under the Baker patent. Frank Baker, who had earlier founded Precision engines, became a member of the James sales team.

Adopting a policy of 98-250cc lightweights, Greet slowly dropped the manufacture of its own engines, the last four-stroke being the 750cc side-valve V-twin installed in the James Samson Handyvan, which was in production until the mid-Thirties. Villiers autocycles appeared before WWII during which James supplied around 6000 of their 122cc ML (Military Lightweight) nicknamed ‘The Clockwork Mouse.’

After the war Greet returned to civilian motorcycle manufacture with the Autocycle and a maroon ML125. Keen for publicity, James entered ‘off road’ competition with a team of ‘works’ trials versions of the ML125 ridden famously by the ‘three Normans,’ Messers, Hooton, Moore and Palmer whose successes caused embarrassment to rivals.

As the post-WWII Villiers range expanded, so too did that of James, who were swallowed up by AMC in 1951 leading to badge engineering with similar models by Francis-Barnett, who had amalgamated with AMC in 1947. By the mid-Fifties, AMC were negotiating with Vicenzo Piatti for his two-stroke engine designs which led to a range of unit construction engines, built initially by AMC at Plumstead but in the last years before the group’s demise with input from Villiers.

After years of dithering by Donald Heather of AMC, James unveiled a 150cc Scooter in 1960. Although a bit cumbersome by scooter standards it handled well thanks to its low horizontally mounted engine. It was launched far too late to cash in on the initial thrust of the scooter craze.

James continued with a successful competition department under the guidance of Norman Moore, leading to the delightful Cotswold trials machine and the Commando scrambler ridden to success by Chris Horsfield. Despite a marketing link with Suzuki, hatched by AMC, the pretty Villiers twin cylinder engined Superswift and yet another revision of the Cadet, the once famous James marque disappeared when AMC crashed in 1966. A sad end for the factory which gave us many worthy veteran/vintage four-strokes and countless Jimmy lightweights. 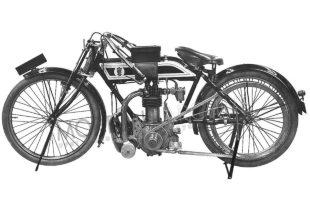 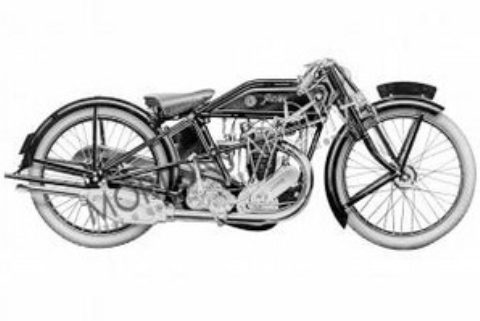