Fafnir 1900-14(26) Germany
Production at the Aachen factory was initially established to build Werner-designed engines under licence, which were marketed as proprietary units. Fafnir soon developed further motorcycle engines up to a 1000cc V-twin and became Germany’s leading producer. From c1903, Fafnir made superb motorcycles too. Surviving Fafnir motorcycles are rare and sought after, prices reflect this.

Faka 1952-57 Germany
If you’re into scooters and want to stand out from the crowd, look no further! Not only is the design of front mudguard and legshields futuristic, but the dual seat is mounted on an engine cover shaped like a jet pod, complete with giant chrome bulb at the dummy air intake end.

FAM 1951-69 Italy
A splinter factory founded by Giovanni Benelli, one of the Benelli brothers. Attractive lightweight range comprised singles and a flat twin with ‘egg shaped’ engines, which looked outwardly similar to the Motobi.

Fantic 1968- Italy
Production started with a range of well-styled two-stroke sports lightweights. Fantic came to prominence in the UK during the Seventies with a range of 49cc chopper, sports and trials mopeds, which complied with the then current ‘sixteener’ moped regulations. More recently, Fantic has become renowned worldwide for its trials machines. Current production includes scooters and sports lightweights but the trials models are no longer made.

During the early 1990s Fantic became part of the Garelli group.

Favor 1919-late Fifties France
Initial production comprised a range of 98cc and upwards lightweight two-strokes of basic but sound design. Larger models with JAP side-valve and ohv single cylinder engines followed. After WWII, the range comprised lightweights with proprietary engines. Spares for all models aren’t easy to find, but the pre-WWII lightweights are attractive in a rustic way – and often cheap. 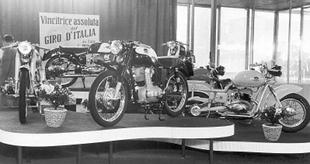 FB Mondial 1948-c1969 Italy
Like Aermacchi, Fratelli Boselli (FB) – the Boselli Brothers – made light industrial and delivery trucks in their Bologna factory. After WWII, Count Giuseppe Boselli – a successful competitive motorcyclist in the Thirties, reasoned it would be brilliant publicity for the family truck business to establish a world beating motorcycle race team. What followed was one of the most dramatic entrances to the world GP circus ever.

The Count established a factory in Milan to make his miniature racers and installed veteran designer Alfonso Druisiani. The resultant 124cc, dohc single, with exposed hairpin valve springs, external flywheel, Dell’Orto carburettor and magneto ignition was easily 10mph faster than its two-stroke rivals from MV, Morini and Eysink. After a few national outings in 1948, FB Mondial won every 125cc GP with World Championships for Nello Pagani, Bruno Ruffo and Carlo Ubbiali including a 1951 IoM TT win for Ireland’s Cromie McCandless.

Spurred on by their phenomenal racing success, Mondial began production of roadsters in 1950. A range of 50-250cc two and four-stroke models evolved over the next few seasons and the sporting ohv/sohc 125 and 175cc singles led Mondial to manufacture ‘over the counter’ racers in these capacities. But with this work in progress development of the works racers slowed and after Carlo Ubbiali’s second place in the 1952 125cc World Championship, Mondial temporarily withdrew from racing.

Privateers continued to campaign the marque with some success. Drusiani redesigned the 125cc racer and, in 1955, Tarquinio Provini joined the works team. Forays into the 250cc class were planned too, first with an overbored 125 of 216cc, then with a pukka 247cc twin cylinder racer, which unfortunately was grossly overweight and ineffectual. In late 1956, Drusiani came up with another new 125, which was scaled up to give the 249cc dohc single. In 1957, Provini won the 125cc title chase with fellow works rider Sammy Miller fourth and the company completed the one, two, three in the 250cc class, after which the company again retired from racing.

Mondial twice attempted to enter the scooter market and both efforts were oddities. The first, in 1952, was a 125cc model comprising a tubular steel frame and bodywork which enclosed everything except the engine and the second – the Lady, a 75cc two-stroke scooter – appeared in 1959 and bore more than a passing resemblance to the Capri.

Production of pleasant lightweight roadsters continued until 1979 with some of the later models being fitted with Sachs rather than Mondial engines. 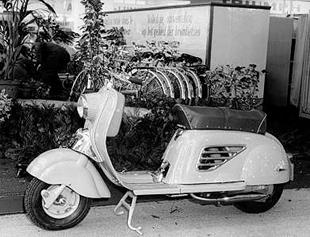 Recent attempts have been made to revive the name. In the Sixties, the company returned to racing at a low key level with Francesco Villa designed two-strokes and the Italian Isnardi won the company’s last world championship points in 1972. The factory sold many of their works racers after they’d finished active service so they occasionally crop up for sale. The sohc single cylinder 125/175 ‘over the counter racers’ likewise appear for sale but check carefully what you are buying for it’s not beyond the ken of some engineers to convert period roadsters into moderately authentic looking racers. Mondial lightweight roadsters of many types are surfacing in Italy, with the 125cc pushrod and cammy singles commanding the highest prices.

FBM 1950-55 Italy
Oddball two and four-stroke lightweights with the engine mounted on the swinging arm. Different, rare, but not too pricey.

Federation c1920-37 UK
Built by the Co-op and marketed as either the Federation or Federal. Cycle production started in the Edwardian period, using proprietary components, but the Co-op soon started making more and more of their own cycle parts. Increased production led them to re-locate at the Federal Works, Tyseley, Birmingham after WWI.

Aiming at the workhorse rather than the sports market, early production centred around 269cc Villiers-powered models, but soon JAP side-valve singles and V-twins up to 1000cc were fitted. The company alternated between Albion (usually with Villiers engines) or Burman and Sturmey Archer gearboxes. To supplement the 250/500cc ohv range in 1932, the ultra-economy 148cc Model 2A was launched with pressed steel front forks. For its last season, the 2A was offered with the option of a 122cc Villiers 8D engine.

The Co-op’s motorcycles were sold in reasonable numbers, but very few survive. The majority were ridden into the ground on a minimum of maintenance, hence the low survival rate.

Although the Co-op are classed as motorcycle makers, many models were either wholly or partly built in rival factories including Sparkbrook, Hobart and Sun Cycle & Fittings.

Feilbach Ltd 1912-15 USA
Milwaukee, Wisconsin firm who built ioe 550cc singles and 990/1130cc V-twins. An option of shaft or chain drive was available on some models.

Fiorelli 1951-68 Italy
Range of 125/175cc two-stroke scooters and lightweight motorcycles assembled from largely bought in components. Later, they made mopeds and bicycles before concentrating on the manufacture of components only.

Flanders 1911-14 USA
A 499cc side-valve single with exhaust port to rear of barrel. Made in the Flanders car factory at Michigan, which was in turn a sister company to EMF (Everitt-Metzger-Flanders).

Flottweg 1919-37 Germany
The factory, near Munich, started production with a 119cc cycle attachment, then turned to motorcycles, using their own engines. During 1928-31 JAP units were used and later, a 198cc ohv single was launched before the firm was absorbed into BMW. 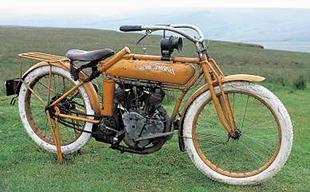 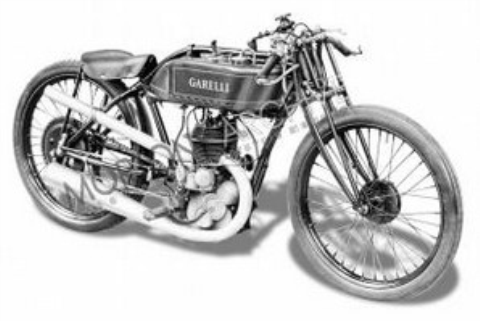 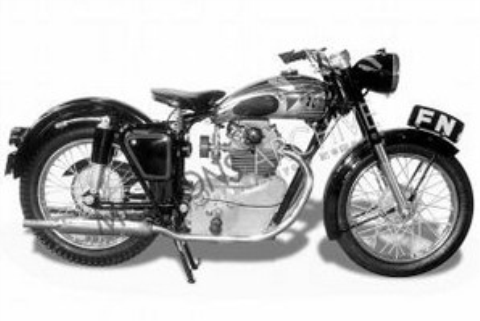